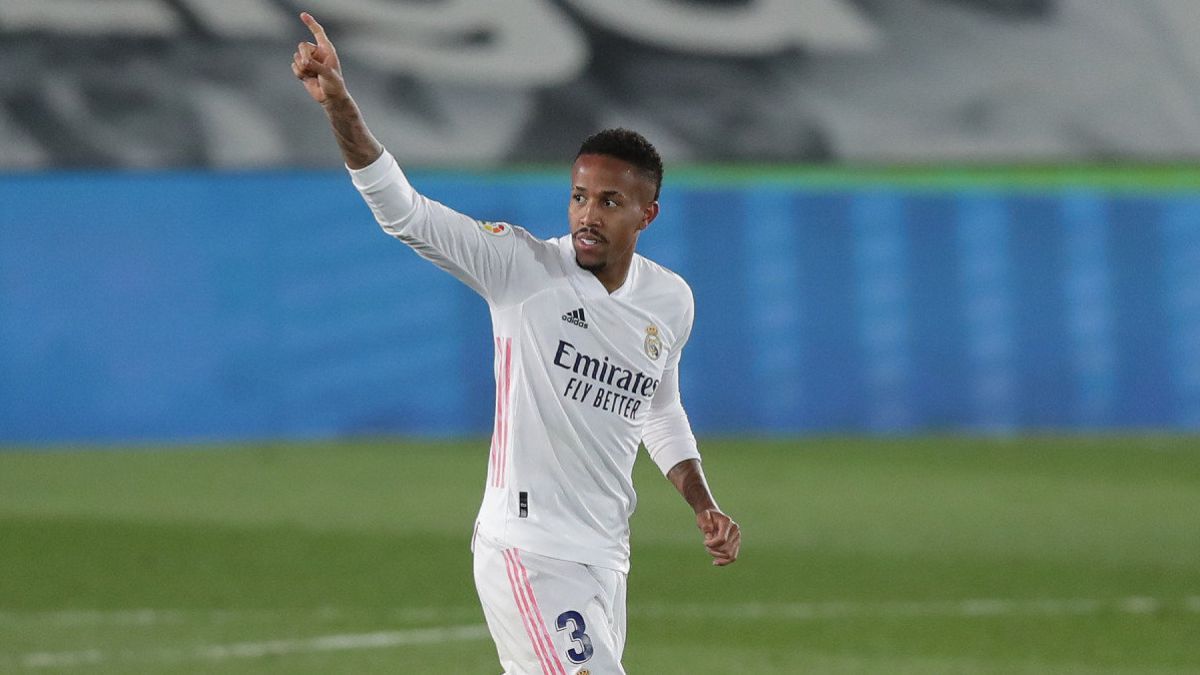 50 million euros. That is what the signing of Madrid cost Militao, from Port. What was once the most expensive defender in the history of the white club, his good performances in the last season have made him a key part of the team behind.

The first season in Madrid for the Brazilian central defender was not as he would have imagined. And it is that the famous dizziness that he suffered the day of his presentation seemed an omen of what the season was going to hold for him. The player appeared in a total of 20 games in which he did not give the level that was expected. He could neither take away the position of any of the starting centrals (Ramos and Varane) nor get close to his performance.

However, the 2020-21 season has been a breath of fresh air for the Brazilian’s career. He made up for the losses of Varane and Ramos in the center of defense at a great level and, together with Nacho, they have formed a very reliable central pair. Those who were the supposed third and fourth center-backs of the squad managed to take the team to the semifinal of the Champions League and fight for the League until the last day. Among these games, the Brazilian’s performances against Liverpool and Barcelona stand out. Actions that justified, little by little, his signing in 2018.

And it is that this performance is also reflected in its market value. As reported in Diario AS a few months ago, Militao is approaching his transfer price. The Brazilian has raised his value in Transfermakt until the 40 million euros, the highest figure since he left the Portuguese club. In his worst moment in Madrid, his value fell to the 30 million euros.

Comeback, also with his national team

The evolution in the performance of the center-back is also seen in the game with his selection. In the Copa América that is currently being played and which can be champion tonight, the Madrid defender has started in three games and has been on the bench in another two. In other words, he has participated in five of the six games played by the Rio de Janeiro team, in which he has managed to score a goal in his team’s draw against Ecuador in the last game of the group stage. Thus, the center-back has managed to recover his most offensive facet in this last season. Militao is a defender who likes to go up to finish off the rival area with a powerful passing game. In Madrid, the Brazilian has managed to score two goals in his two years with the Madrid team.

Militao has reacted and has managed to overcome a difficult situation at the white club. This year, with the resignation of Ramos and the possible departure of Varane, The center-back has yet another opportunity to show that he can be one of Madrid’s center-backs and thus become a key piece of the team.