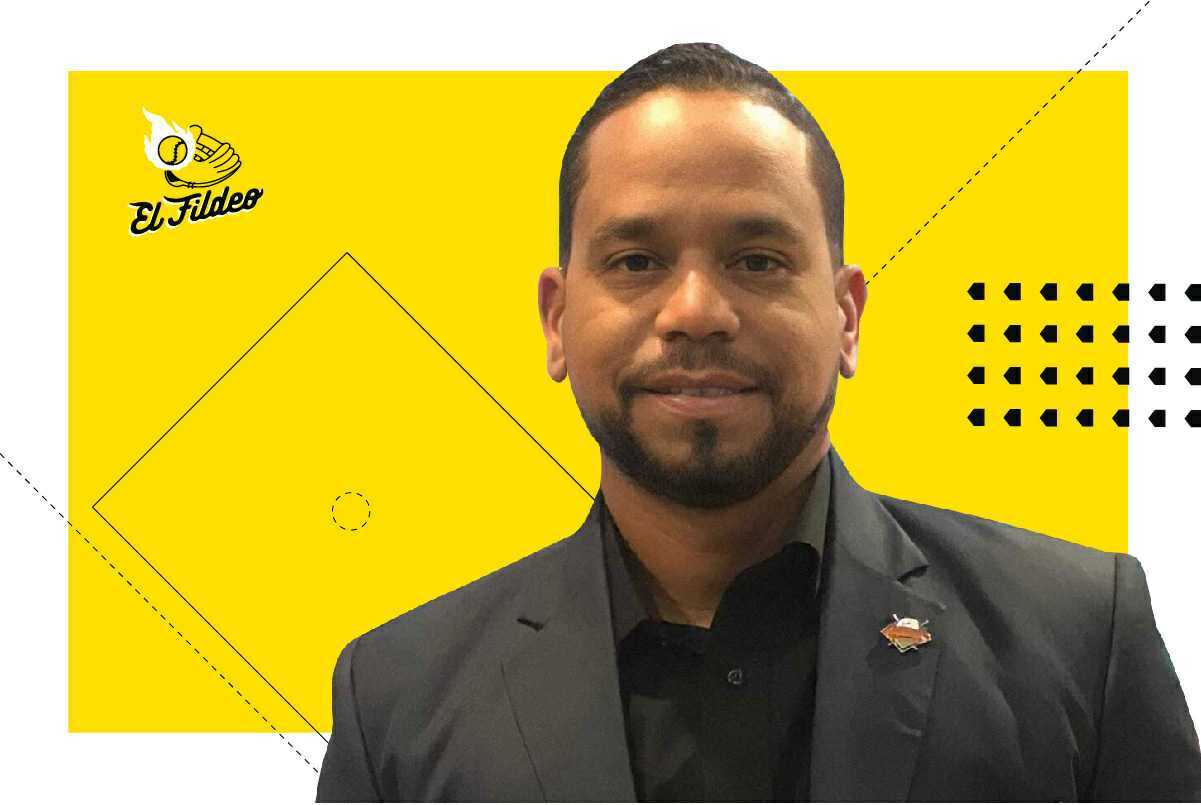 The prominent president of the emblematic academy, La Javilla, openly declared for El Fildeo how important a draft of international firms becomes to amateur players due to the limitations in adolescents due to the current system.

During a conversation with the current affairs and opinion writer for El Fildeo, Carlos Moreta, the president of the emblematic La Javilla Baseball Academy, John carmona, I declare exclusively in our interview session, all causes of the current problem of untimely signatures to amateur players, which at the same time eliminates the changes in other older players and the importance of implementing a draft (raffle), of which he said that Major League Baseball agree.

What’s more, Carmona, It stands out from the main affected countries, the probabilities of an amateur player reaching the signature after 18-20 years of age, in addition to the fact that this entire network has been affecting so much the process of prior training in a young man who already at 14 years of age has a pre-programmed agreement, which is popularly known as “mooring” by the organizations of the MLB.

What is the main cause of the problem that today an 18-year-old is seen as old for the signature process?

“The problem of the international market is that the teams are looking for young players, who can have the early talent of a 16-17 (year old). For example, there are players who at 14 can do what a 16 and 17. That is the reason why the market prefers a young player, who has the tools at the moment than one who developed late and the tools they are the same, but older, “he said.

How much does the prior training process affect a young person who has been ‘tied up’ between the ages of 13-14?

“It affects the training process with the ‘tie’, because you have to work on a player and prepare him at the wrong time, find a way for the child to develop his skills as quickly as possible so that the teams are interested in him. Since, if you do not have ‘the merchandise’ and the team is in the market, looking for the child and is not ready, you pass that opportunity, so the coach tries to get in the player who has the necessary tools and quickly, for there are children who work very hard for their age ”, he declared.

“It’s all to surprise the team, since the team wants the best player and, if you have the best player, an offer will be made to you. But if you don’t have the player, and the competition has one who takes it out (hits a home run), who runs the sixty (yards) well, who does everything and, yours doesn’t, you lose the opportunity. Little by little the team / s spends the money (signature budget), and then, your player becomes a regular player and, when he develops with the age of 15-16 (years) the team does not value him and get little money (bonus) ”, he added.

Have you not thought of a draft with an age limit and training for the signing process between you as academies and signing programs?

“Currently most of the most outstanding programs, which have between 10-15 players in the Major Leagues, we agree that there is the possibility that, in the not too distant future, we can have an international draft, at least twenty rounds, that the players who are currently signed in the current system are signed. But yes, we agree that there is a process to regularize and update the current system. We believe that Major League (Baseball) will apply it, we have met with MLB (for its acronym in English) and expressed that we need a draft as soon as possible and, Major League (Baseball) has informed us that it agrees with the request ”, I reveal.

What are the main countries affected by the current system?

“I cannot speak of other countries than mine, the Dominican Republic, and I am feeling the effects of the current problems we have with the process. The teams spend the money (budget) and, they go ahead. I think this happened when teams started to know about their total signing budget; When the teams did not know the amount of money they had, they did not advance the signing process, but this began to happen, since 2012 it seems to me, the teams began to sign and spend their total budget without even having the money. Of the countries currently, the Dominican Republic (Republic) is one of the most affected, I imagine that with Venezuela the same ”, he emphasized.

To end the conversation, John carmona responded to the question of what percentage of young people between 18-20 years old can reach the firm with the current system, answering:

“Currently to sign in MLB at 18 and 20 years old the opportunities offered by the teams are limited for pitchers, if you are a position player (infield-outfield) the odds are two percent (up to), but if you are a pitcher at this age you can sign with probabilities of thirty – quarantine by the way of probabilities to sign, although with a bonus far below normal ”, he concluded.