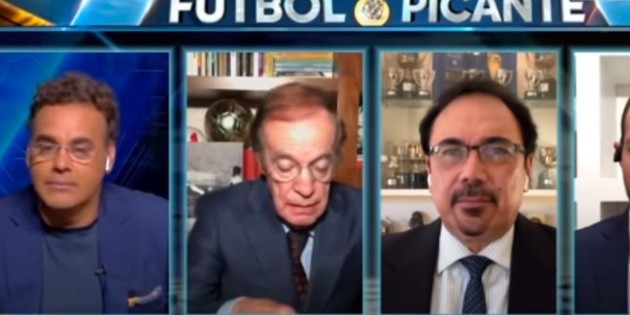 The countdown has already begun for El Salvador and Mexico to meet at the Cotton Bowl in Dallas in what will be the last match of the group stage and the first place in Group A of the Gold Cup will be defined. Many Aztec journalists They are surprised with the level that Hugo Pérez’s team has shown and they expect a Salvadoran team as a ‘tough’ rival.


One of the most recognized programs with Mexican journalists in Latin America is ‘Fútbol Picante’ on the ESPN network. For Aztec journalists, the team led by ‘Tata’ Martino still cannot qualify their participation in this contest due to the lower level of the other teams, although it must be remembered that ‘Tri’ could not beat the Caribbean squad of Trinidad and Tobago in the first game of the Gold Cup.

The journalists stopped to briefly analyze the match held by El Salvador against Trinidad and Tobago in Dallas that ended with the Cuscatleca victory 2-0 with goals from Jairo Henríquez and Walmer Martínez.

The renowned journalist and television presenter, David Faitelson did not want to get into much controversy with the meeting between Aztecs and Cuscatlecos but he did emphasize the obligation that Mexico has in this Gold Cup.

“It is not going to be an easy game, the first place is defined although everything indicates that Mexico will win the group. It should be mentioned that any result in this tournament that does not end with the Mexican championship in the Gold Cup will be a real failure, ”explained Faitelson.

“It is a fighting team from El Salvador, it fights a lot and puts its leg in hard. I was surprised by the result that El Salvador obtained over Trinidad and Tobago, who beat them by two goals, ”said José Ramón Fernández, a journalist for ESPN.

On the other hand, the former reference of Mexican soccer, Hugo Sánchez, also offered his opinion about Salvadoran football where he recalled the 1981 World Cup qualifying in Tegucigalpa when El Salvador snatched the ticket to Mexico for the World Cup in Spain.

“I have that memory there of Honduras when they eliminated us and starting the game they gave me a head butt in the nose and I ended up with a deviated septum. Hopefully this game on Sunday will be remembered for its sporty nature and not for its kicks and its roughness. You have to keep an eye on the VAR when they face these teams on the issue of injuries, ”said Sánchez.

Always on the same program, journalist Mauricio Ymay always leaves Martino’s team as the favorite to win the group and mentioned two ‘veteran’ players from the Salvadoran team.

“Mexico has an obligation to beat El Salvador. This Salvadoran team has veteran players such as Rugamas and Cerén. The Aztec team has to improve in football, even if it has beaten Guatemala 3-0, “he said.