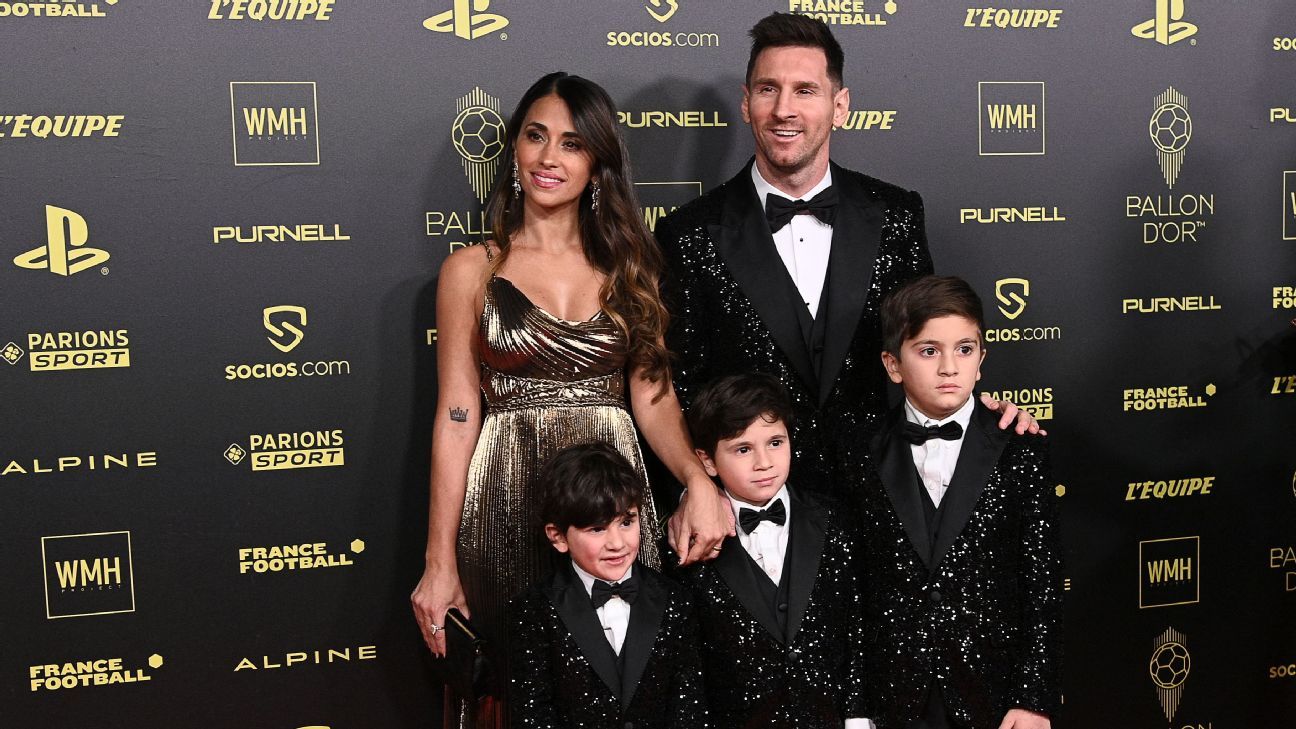 BARCELONA – Lionel Messi Messi reigned again and, after a year in which due to the coronavirus pandemic the award was void, he was proclaimed the winner of the Ballon d’Or in Paris on Monday, the seventh of his career and the second in a row of one collection that started in 2009.

Backed by the Copa América that he won with Argentina and the Copa del Rey won in April with Barcelona, ​​aside from his top scorer trophy (the eighth) in the Spanish League before leaving for PSG in August, the Argentine star fulfilled with the forecasts that classified him as the top favorite despite the discreet role played during his first months in France, where his start was not as spectacular as the world of football would have imagined …

But the world of football once again rewarded his merits for, 24 hours after distributing three assists in the same game for the sixth time in his career, to verify that his star is still the brightest on the planet, on the way to 35 years and converted already without discussion in the footballer of reference of all the history.

Voting closed on November 24 and after several weeks of speculation regarding the possibility that another name could be added to a record that Messi and Messi dominated since 2008 Cristiano Ronaldo with the exception of 2018, when the winner was the Croatian Luka modric, the merits of the Argentine star were once again indisputable through the regularity and ability shown throughout the year, in which he was not only vital at Barça but also led his team with excellence before adapting to his new life in Paris.

Leo’s level of play once again bordered on excellence in the same way that his personal image, always pristine, kept him out of controversy. Discreet away from the pitch, on the pitch Messi showed that he maintains, every day closer to retirement, the magic that illuminated since a distant day in November 2003 Frank Rijkaard gave him the alternative, being a 16-year-old boy , during a friendly in Portugal in which it was his debut, friendly, in professional football.

Eleven months later, on the occasion of a derby against Espanyol, he appeared for the first time in an official competition match and since then the story has been written slowly but surely, until under the command of Pep Guardiola, from In 2008, the figure of Messi exploded to its full extent.

Monumental footballer who in 2007 was third and second in 2008, in 2009 he succeeded Cristiano Ronaldo as winner of the Ballon d’Or, for the first time and with the greatest advantage over the second classified (the Portuguese) seen until then.

He repeated in 2010, 2011 and 2012, being special the podium that he shared with his friends and teammates from Barcelona Andrés Iniesta and Xavi Hernández, to give the award in 2013 and 2014 to his great competitor throughout the decade, whom he again surpassed in 2015 and after who, again, yielded in 2016 and 2017.

For the first, and only time, since 2007, Messi was left off the podium in 2018, classified in fifth place behind Modric, Cristiano Ronaldo, Griezmann and Mbappé to regain first place, his sixth award and that broke him from the five he shared with the Portuguese crack, in 2019.

France Football decided in 2020 not to deliver the award due to the coronavirus pandemic that caused the suspension of football for almost five months and recovered the award in 2021 to once again surrender to the figure of the Argentine star to become the first player of the history of PSG in achieving it, shared the award with the Barça to which it belonged during the first six months of the year.

Messi, in fact, became the third player to be awarded the same year that he left Barcelona after Ronaldo Nazario, who won the Ballon d’Or in 1997 as a player for Inter Milan, and Luis Figo, who won in 2000 from Real Madrid. The reverse happened on one occasion, when in 1973 Johan Cruyff won the award wearing the shirt of the Barça club, which he had arrived months earlier from Ajax.