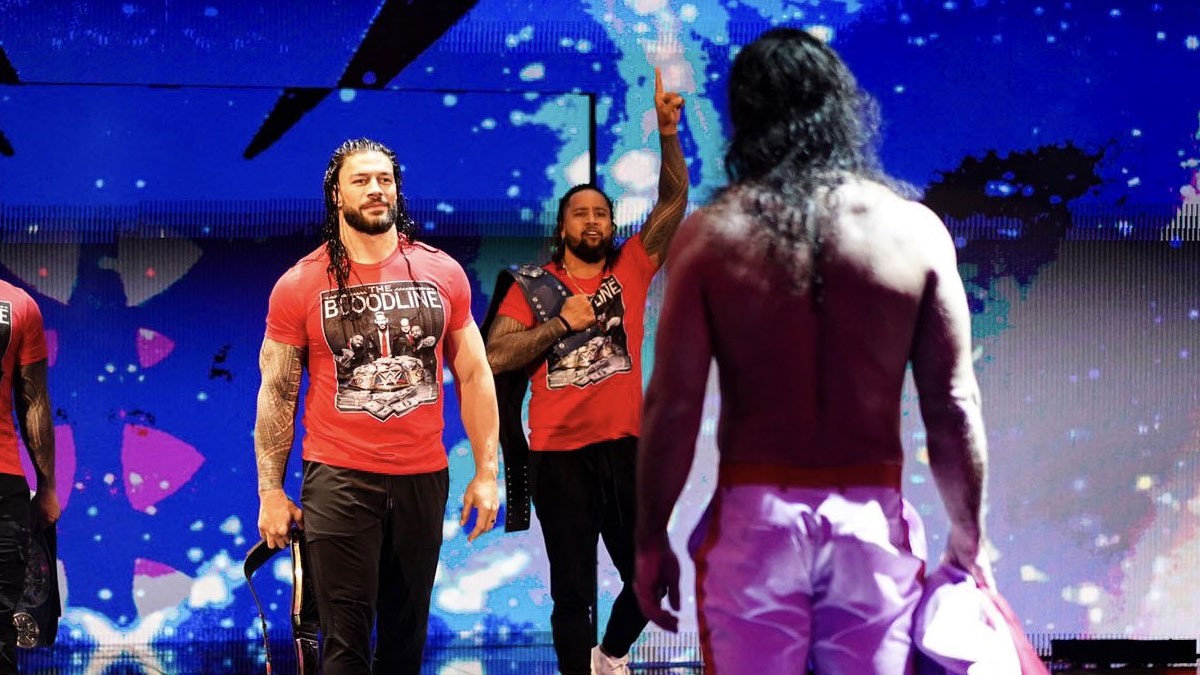 After the latest edition of Monday Night Raw, Roman Reigns made his appearance with the Uso brothers to play one last non-televised match that would close the show at the UBS Arena at Belmont Park in Elmont, NY.

This moment coincided with what happened at the end of the live show, where Seth Rollins attacked Big E after he lost by disqualification to Kevin Owens. Once the live show is over, Seth Rollins left down the ramp, where he met Roman Reigns and The Usos, an encounter that has given a lot to talk about on social networks. Rollins paused before Reigns for a few seconds before heading backstage.

After that encounter, The bloodline came to the ring to face Drew McIntyre and New Day members Big E and Xavier Woods in a tag team match. The fight ended in victory for the face team when McIntyre achieved victory over one of the Uso after applying the Claymore.

It should be remembered that Roman Reigns was announced locally to appear on the Monday Night Raw show at the UBS Arena at Belmont Park because the tickets for the show were not selling as planned in the first instance. By contrast, AEW achieved better sales figures in the same pavilion on a similar date (next week). As a consequence of the pace of ticket sales, WWE announced Roman Reigns and applied discounts to attract the attention of the inhabitants of Elmont.

Seth Rollins and Roman Reigns were partners in the stable The Shield, a group that catapulted them to the top of WWE. In June 2014, Seth Rollins betrayed his own, thus ending The Shield. During the following years, the three members had one more encounter, closing their episode in a meeting held in April 2019, coinciding with Dean Ambrose’s (Jon Moxley) last fight in WWE.