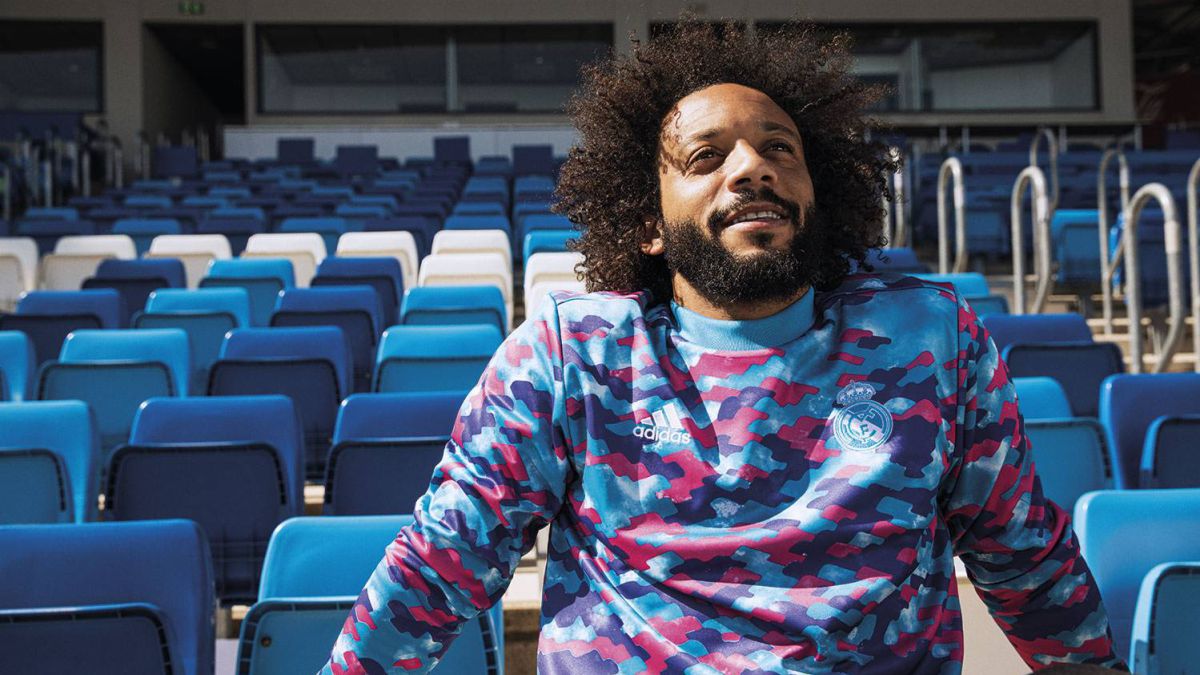 Marcelo already sees the end of his career at Real Madrid, but as he does so he turns his face and pretends nothing is happening. Only then will he be able to enjoy a final course in white without pressure, which he is clear will be difficult, but in which he still intends to leave his mark, at least as much as Carlo Ancelotti allows him. The Brazilian arrived in Madrid in January 2007 and will leave in June 2022; 15 and a half seasons In which he has won everything and to which he intends to add another trophy this season to his already deep record: five Leagues, four European Cups, two King’s Cups, four Spanish Super Cups, three European Super Cups and four Club World Cups. .

The principles were complicated, under the tutelage of Roberto Carlos and surpassed by Heinze and Arbeloa in many moments; Mourinho signed Coentrao to block his way, but the Brazilian ended up imposing his offensive and playful style and his best years coincided with Madrid’s splendor in Europe, with four titles in five editions of the Champions League. The arrival of Solari to the bench in 2018-19 closed the door of the eleven, justified by his worst level ever and the presence of a thriving Reguilón; and the signing of Mendy, who first convinced Zidane and then Ancelotti, was the coup de grace for him.

Madrid also has in Miguel Gutiérrez one of the jewels of the white quarry, who has already had minutes ahead of Marcelo. The idea of ​​the club was that the left back would be this course for Mendy and for the white blackbird of Castilla de Raúl, but Marcelo refused to leave and preferred to exhaust his contract, and in Madrid a figure with specific weight in white history was not pressured: he has 532 games in Madrid, he has already surpassed Roberto Carlos (527) and will leave as the second foreigner with the most performances, only surpassed by Benzema (he has 574, and rising).

Meanwhile, Marcelo pretends nothing is happening. Between injuries and technical decisions, he has barely appeared this season: 110 minutes in four games, no goals or assists. He knows that with healthy Mendy, he has it difficult, and that without the French he has competition with Miguel Gutiérrez and even with Nacho and Alaba. He has been working with Adolfo Madrid, a leading physical trainer, for a long time so that the weight problems that he dragged in the past do not hurt him any more. And he refuses to talk about the imminent end: “These questions do not touch, we are here to talk about my career,” he replied days ago after collecting an award from GQ magazine., when asked if he saw options to renew.

He knows there are none, despite the fact that his age would not disqualify him for it: they are 33 years old, Modric renewed on the verge of 36 and he does not rule out doing it again at the end of this course; Benzema, also 33, extended his contract last summer until 2023. But Marcelo’s footballing age has nothing to do with his two teammates, and the Brazilian knows that in June he will be fired with all honors. In fact, in Brazil there are already options for him: it is speculated that Botafogo will be interested in his services.

Madrid, in addition, has a special interest in freeing up the salary space that Marcelo occupies, who earns eight million net per season, which represents 16 million of gross spending in the white accounts. Madrid has room in the salary limit to spare and the post-pandemic economic recovery promises a solid future, but it does not hurt to continue saving to be able to undertake important operations, such as those of Mbappé and Haaland. Marcelo is just one more piece of a profound plan: Madrid will release insurance, next summer, 60 million of salary expenses, between Bale (30), Marcelo (16) and Isco (14); It could be 20 more if finally Modric does not continue, although with his current performance he has all the options on the table.