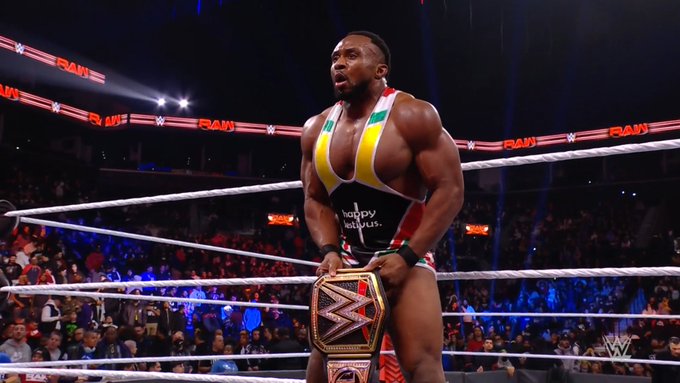 In addition to informing you and always updating all the WWE results, like every Monday we bring you closer the best coverage and live results from WWE RAW. We are going to tell you live and enjoy together the entire red mark event today, November 22.

We start all the coverage and live results of this WWE RAW.

After what happened in Survivor Series Vince Mcmahon makes an appearance to talk with the executives in charge of Monday Night Raw.

THERE IS A SEARCH FOR TREASURE!

Whoever finds Cleopatra’s egg will get a golden opportunity, the privilege of being able to face the champion BIG E for his scepter, who will be the lucky one?

The hunt for Cleopatra’s Egg is on, and the reward is big…

We see Randy Orton but who is the guy with the beard is what fans are wondering?

FIRST BATTLE OF THE NIGHT!

We have the first fight of the night, old enemies, it should be noted that the rival tag team has never stopped looking for a starting opportunity again, but tonight it will be a heads-up between Dolph Ziggler & Matt Riddle.

IT’S ALL !, Riddle is the winner of the fight, it should be mentioned that both showed a good fighting level and the maneuvers shown were of high caliber. To finish with a very good taste in the mouth, the RKBRO´S would launch the attack after the fight was over and what left the fans speechless was that the same “Leyend Killer” performed a BRO-Derek on Robert Roode.

THE CHAMPION IS IN THE HOUSE!

After making their classic entry, THE MAN noted the following before taking their previously announced victory lap: “NO ONE is going to pull this title out of BIG TIME BECKS!”

“NOBODY is getting this title off of BIG TIME BECKS!”@BeckyLynchWWE#WWERaw pic.twitter.com/YEH9balLi8

NEXT BATTLE OF THE NIGHT!

Bianca comes from being one of the best in Survivor Series who led her team to victory in a formidable way, but tonight we have to face an experienced Tamina who undoubtedly has unfinished business with Belair.

ALL AGAINST BIANCA !, After she defeated Tamina, Bianca received a punishment that will surely hurt her tomorrow, after her triumph, Tamina’s partner and friend (Natalya) took Belair by surprise and began her attack, it is worth mentioning that a this would be added by Doudrop who also has pending accounts with Bianca …

ROLLINS HAS IMPROVED HER DANCE EVERY WEEK!

SETH WILL NOT LET BALOR COMPETE TONIGHT !, After we had his Rollins promo, Finn was present in the arena however he interrupted the “Architect” and that is unforgivable, Rollins in a sadistic way began to crash his head Balor against the canvas to prevent the latter from getting up and recovering for their heads-up they would have later.

Stomp eleven. Stomp again.@WWERollins just made sure @FinnBalor didn’t get a match with him tonight… #WWERaw pic.twitter.com/4zv56PbVrZ

STREET PROFITS VS AJ STYLES AND THE BIG OMOS

AND THEY WIN IT BY DQ !, OMOS was inside the ring, doing what he is best at attacking and punishing South Road without mercy, however something happened with Angelo, from the bag he took out a fire extinguisher and began to attack with that to OMOS, because of this the winners are …

THE TITLES ARE AT PLAY!

Tonight the champions will put their scepters into play to show that they are the ones who dominate this division, however knowing the tenacity of both (Queen Zelina & Carmella) it will not be an easy fight. Will the reign continue or will we have new champions?

IT’S OVER !, We have new WWE RAW champions, Carmella and Zelina achieved what they promised, it is a very important achievement for both of their careers, after becoming Queen of The Ring tonight she becomes the new champion in the women’s division accompanied by Carmella.

AUSTIN THEORY IS THE ONE WHO FINDS THE GOLDEN EGG!

After finding this egg, he should earn an opportunity to challenge Big E for the maximum title of the brand, however, who stole it was Austin Theory, however, he apologizes since it was not his intention and that is how Theory gets a title opportunity.

The fight went very well for both of us, however fate this time only smiled at one and just like last week we changed champion again 24/7. NOT TO BELIEVE! There is a surprise fighter, Dana Brooke defeated Cedric and she becomes the new champion.

WE HAVE HANDICAP MATCH!

After what happened in previous editions, we saw how Rey Mysterio and Dominik were removed from the team that would represent Survivor Series, and tonight will be a new father-son challenge, however Lashley is still very upset by what happened …

They did not succeed! Although they had a numerical advantage, it was not enough to stop the one who was not long ago WWE champion, however the Mysterio family provided a very good fight performing great maneuvers forever remembering Eddie Gory Guerrero.

LIV MORGAN WILL NOT TOLERATE THEMSELVES ABOUT HER!

After the champion meets Liv, she would begin to speak a lot of bad things about her fight however this entire segment ends with a courtesy of Liv Morgan.

Who responds to the challenge is the man born in Canada, can Sami be again with a title at the waist or will we see Puerto Rican dominance again? next…

THE REIGN CONTINUES !, Sami Zayn was not able to strip Priest of his title, the Puerto Rican once again imposing condition does not hesitate to plant his challenges and this has been very beneficial for his reign so far.

IT’S MAIN EVENT TIME AND THE TITLE IS ON THE PLAY!

It is time for the stellar event of the night, we will see an Austin Theory who recently entered the Main rooster and tonight will be competing to become the maximum champion of WWE RAW, however we cannot lose track of Big E who has proven to be a champion with hierarchy.

STILL LACK A LOT OF EXPERIENCE !, BIG E defeated Austin Theory without problems, unfortunately for those who were outside the ring they also suffered punishment Owen and Rollins were outside the stringing afterwards the champion performed his Big Ending on Rollins and with this fight ends Monday Night Raw.

Thus we conclude the coverage of this great WWE RAW

With this we conclude the live. Thank you for taking a few minutes of your time.

Thank you for sharing your time and enjoying this great passion with PLANET WRESTLING. Remember that you can follow us on our RRSS and here on the web so as not to miss anything. Every day we bring you closer the wwe news, videos, interviews, as well as the best coverage and live follow-ups.