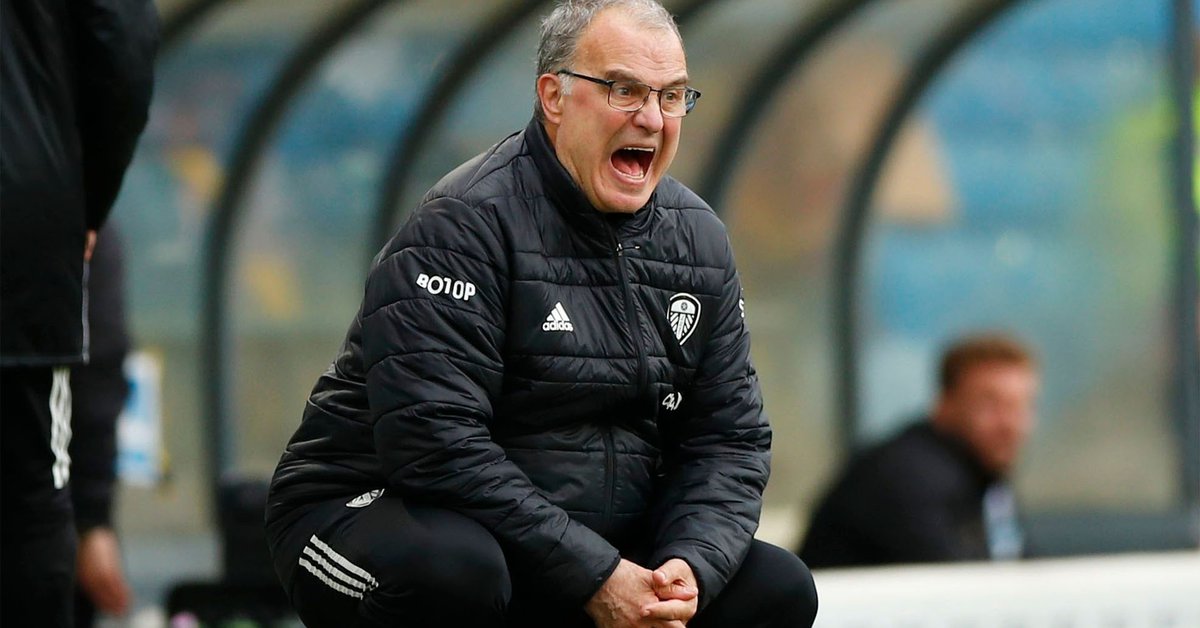 June 15, 2018 Marcelo bielsa was introduced as the new coach of the Leeds United. The objective? Return a team that historically belonged to the highest category of English football to its place of origin after 13 years of penalties in the ascent. He couldn’t do it in the first campaign (he was eliminated in the semifinals for the third promotion) but he won the Second Division from end to end in 2019/2020 and came to rub shoulders with the giants of the Premier League.

Today marks the three-year anniversary of its arrival in England and a lot of water has flowed under the bridge since then. There are countless episodes that featured a Bielsa who is a celebrity for the city. He is considered an idol and legend by fans for the football milestones he achieved.

1. Housekeeping on the Leeds campus

According to some club employees, one of Bielsa’s first inquiries upon arrival was how many hours Leeds fans had to work to pay for a ticket to see the team on Elland Road. A brief calculation determined that covering three hours of work they paid for the value of a ticket.

With the estimate made, he gathered the squad and had them pick up trash around the Thorp Arch training ground so that they understood the effort that the public was investing to go to the field to encourage them. It was one of his letters of introduction.

2. The Queen song that was dedicated to him

Song of the Leeds fans for Bielsa

He had only just arrived at the club, but had already sparked a revolution in Leeds. To the point that the renowned comedian Micky Perr, a fan of the team, led the version of the song “Bohemian Rapsody”, by the band Queen, dedicated to Marcelo Bielsa.

An anonymous complaint at the Derby County facilities, directed at that time by Frank Lampard and Leeds United’s next rival, uncovered the pot: Bielsa was discovered for sending spies to the training of his adversaries. Far from removing responsibility, the Argentine coach assumed responsibility and clarified that it was a methodology that he had been practicing for years.

The English federation did not go unnoticed in the case, which had national and global significance, entitled Spygate. They formally warned Leeds United and fined him financially 222,000 pounds, which the Rosario offered to pay out of pocket.

The investigation and controversy dragged on for several weeks. Bielsa explained on the court: “It’s true, it’s real. The person responsible for that person is me. There are a number of clarifications that I need to give, it does not matter if I believe that this is legal or illegal, correct or incorrect. It is enough for me that Lampard and Derby County were upset to understand that I did not act correctly. Crazy he spoke with Lampard, who told him that he had violated the Fair Play.

The 64-year-old strategist did not stop for that brief explanation or the payment of the financial fine of 222,000 pounds, but called a press conference that generated a lot of uncertainty (the last time he had done something similar was to resign). What happened? For 70 minutes he argued through slides that he has detailed information on all the opponents of the Championship and clarified that he feels the need to spy on him. “Why do I do it if I already have the information? I think because stupid “, he sentenced.

5. His clothing on the centenary day

In October of last year the gala was held for the centenary of Leeds United, and obviously Marcelo Bielsa was one of the luxury guests. His presence generated a stir not only because of the size of his figure, but also because of the clothing he used: while the footballers were dressed in suits and even the owner of the club, Andrea Radrizzani wore a tuxedo, Crazy he wore the same sports outfit that he is seen in during matches.

Some weeks ago, his brother Rafael gave details of his choice: “My brother was a guy with a barbaric look, he looked like a movie actor. There are men and women who have a natural beauty and react in a disdainful way regarding their appearance, as if they consider that they did not earn it, and therefore they do not care about it. From disdain for physical beauty to comfort there is a step, and there is nothing more comfortable than hitting a bath, putting on a jogging suit, a T-shirt and a pair of slippers. That became a habit for him ”.

6. Its Fair Play and world debate

Leeds are allowed to score a goal

It happened late last season, just before the playoffs, in a game against Aston Villa. Leeds United scored 1-0 in favor, but a rival was lying on the floor and Bielsa ordered that in the resumption of the action, his managers allowed themselves to score a goal to balance the score, understanding that they had not appealed to Fair Play to take advantage (the match ended 1-1).

The indication generated controversy in England and throughout the world of football. There were even footballers who did not agree with the measure, and so they expressed it indoors. Finally, the group determined that from then on they would not repeat the act, since it was the authority of the arbitration body to take that attribution.

Leeds United’s top scorer recounted the anecdote that occurred during a training session on a podcast with former English striker Peter Crouch: “The ball came to me and I landed it gently with my left foot. He was near the corner and he was just standing on the goal line. I didn’t see him, so I hit the ball and it went straight to his nose. ” In addition, he excused himself by saying that Bielsa is always located in an uncomfortable place.

“The only thing I saw were his glasses flying at 10 meters. He went holding his nose and I said ‘I’m sorry, I’m sorry’, berating myself. He left a bit angry saying ‘it’s nothing, it’s nothing’ in Spanish”Bamford recounted. Laughing, the footballer assured that this was the reason why the Mad He had been wearing crooked glasses recently, since he didn’t have them fixed right away. “I should get him a new pair of glasses, but I’m afraid to mention the fact to him again!” Confessed good old Patrick.

After Samir Lamrani and Diego Flores, the Colombian Clavijo was in charge of interpreting for Bielsa before and after each Leeds United game in the last season of the Premier League. As with his previous translators, the Mad He had twists and turns, anger, challenges and moments in which he relaxed with his new collaborator.

Andrés Clavijo became a celebrity in the city of Leeds, to the point that a novelty store launched personalized cards with Bielsa’s drawing next to it and messages in both languages: English and Spanish.

9. Lucas Castromán was called a surprise, whom he mistook for a Leeds player

Bielsa was putting together the Leeds team on a blackboard when he realized that something was wrong and called one of his collaborators to check if the line-up was correct. “Who is Castromán?”his assistant asked him. El Loco had confused Jack Harrison with the footballer he had managed at Vélez Sarsfield in 98 due to their physical similarity and football characteristics.

“You came to mind. He was not on my call list today. But it seemed appropriate to do so in this situation “, Bielsa confessed to Castromán in a call that lasted more than half an hour in early 2021. Then the experienced coach sent him an image of the blackboard to show his former pupil that he had not lied to him.

The image of Bielsa with Leeds boys that went viral

The situation occurred last week, when a fan who was walking through the training ground for children’s divisions photographed a Marcelo Bielsa who came to the U-11 boys’ practice to entrust work and give them a training speech.

“How often does a Premier League coach show up on a Monday off-season to lead a U11 training session? This is one of the reasons this man will be classified as a Leeds United legend”Was what the Twitter user who captured the Rosario in action wrote.

Journey to the intimacy of Bielsa: the unknown love story with his wife and the emotional support that his daughters give him to perform as a coach
Neither money, nor fame, nor luxuries: what is Bielsa’s method of choosing the clubs he runs
Another lesson from Marcelo Bielsa: his deep reflection on the influence of football on social problems