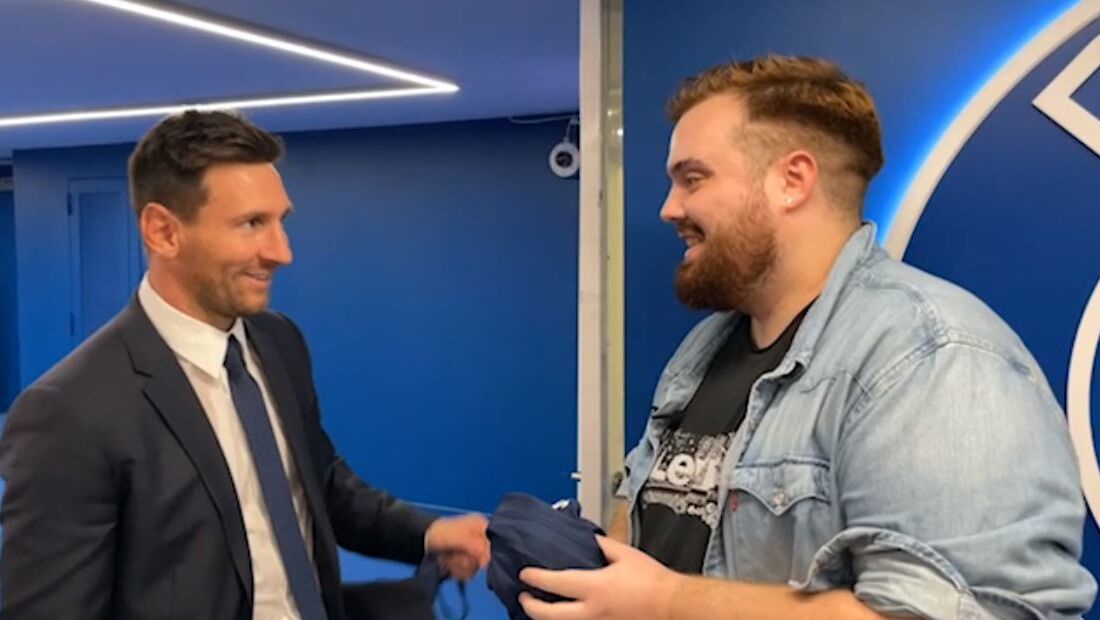 “We have sneaked in! We did it!”. Ibai Llanos has done it again and this no longer has any explanation, as he likes to say. Together with Ander Corts and Nanclares, they were on the lawn of the Park of the Princes, experiencing live the presentation of Leo Messi as a PSG footballer.

“It is true that the quality is not the best … but we are with the mobile p * to in the stadium! This is crazy. Above we have lost the microphone of the camera in the taxi… “, began commenting Llanos.

“Fuck Al-Khelafi!! “. Ibai’s reactions before receiving Messi live on his Twitch were incredible, especially since a lot of famous people appeared in the background in the preview of the match.

The ‘sensation’ of Ibai Llanos with Mbapp

“I see concern with Mbapp. Here I have seen faces … of concern. This is intuition, not information, but … it is what it is. There is concern around here with Kylian … “, Ibai confessed with a laugh.

“What we want is to have an informal talk with MessiWe’ll see if we get it, “Ibai said before the more than 180,000 spectators he had before the new 30 of PSG went through his live.

“The truth is that I’m tired”, Messi confessed when he already met the streamer. “I want to start training already with the new team. “In addition, Ibai took the opportunity to ask him about his farewell dinner at Barcelona:” Do you think I ate a lot at your house the other day? “, which aroused the laughter of the new Parisian star.

Also, it was Messi’s first appearance on Twitch. “It is true that I have never appeared, but I follow him very often.”

Up to 320,000 people gathered live on the Ibai Llanos channel to see this hysterical interview -or relaxed talk, as Ibai says to Leo Messi on the day of his presentation with PSG.

One of the most relaxed and fun moments of Ibai’s talk with Messi was when the streamer gave him a PSG shirt with Messi 30 on it so that he could sign it and be able to raffle it among his followers … until Ibai has been He realized that he did not have a pen for the Argentine to sign and there was a small problem. “Oysters, I did not bring the marker! “, said the streamer. Llanos realized, right in front of Messi that he hadn’t brought anything for the crack to sign his new jacket. Of course, immediately a club employee gave the popular streamer the necessary marker so that Messi stamps his signature on the Parisian elastic band.

The reception of PSG to Ibai

Ibai Llanos was treated by the French club as if it were a great means of communication. He had a table and two chairs, cameras and all the necessary equipment to be able to broadcast the talk with PSG 30 in good quality. However, the talk finally ended in the changing room tunnel after Ibai ran after the Argentine.

The club itself put a tweet from both protagonists, showing the good vibes between them.