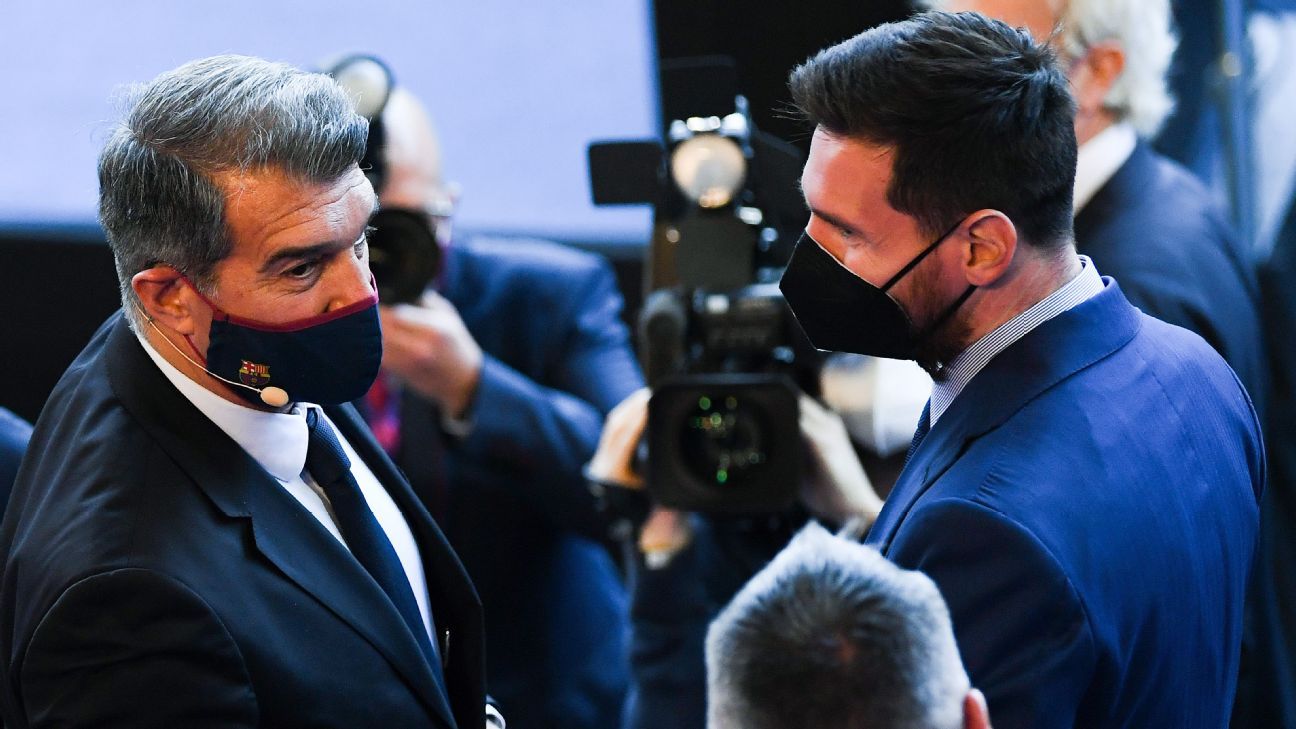 BARCELONA – Joan Laporta acknowledged that seeing the presentation of Leo Messi with PSG caused him “contradictory feelings” and assured that “he would act in the same way” if the situation that was experienced with the Argentine star was repeated. “We made the right decision,” he summed up, stating that the pain caused by his departure cannot ignore “that the club, Barça, is above everything.”

“We did everything possible within the financial possibilities of the club,” explained the Barça president, referring to the conversations with Messi’s advisers, and stating that “he would do it again”

“The details of the negotiation, out of respect and appreciation, I prefer to keep them,” Laporta synthesized, acknowledging that the desire of his board was “the continuity of Messi. It is what we wanted … But when we see the situation of the entity we think that Things had to be prioritized. We came to this conclusion because the economic results are dramatic. “

“We will have eternal gratitude to Messi. It has been a very successful and long-standing relationship that in the end sadly has deteriorated,” he revealed, convincing that in the end “we have advanced the post-Messi that was planned for two years.”

“In recent years the expected successes were not achieved and things were getting longer. Although we would have liked him to end his career here, we couldn’t. The obvious is that we couldn’t mortgage the future of Barcelona,” proclaimed the president, discovering that “the numbers that they present to us upon our arrival at the club are not the reality that we are discovering over time” to argue their final change of mind.

“We see that what LaLiga is proposing to us we cannot accept. We have everything arranged, we shake hands, we have it done … But in the end we see that it cannot be done. We decided that it could not be done even though we had made many efforts, even that we see the magnitude of the tragedy and we sentence that the institution comes first, always above all, “he explained.

“We have a dramatic economic situation. We would have had one more year, perhaps two of Messi, but we could not mortgage the future of the club. I have the feeling that what had to be done has been done” repeated the president, who acknowledged that Leo “I’ve seen him happy in Paris … And I’m happy for him.”

“I prefer to keep the good moments of Messi to myself. I wish him the best and I have to leave the others behind,” said Laporta, who acknowledged that Messi’s end caused “a mutual disgust, because it is normal … But I have the same esteem for him. as always “and rejected that the Camp Nou pitched the player during the match against Real Sociedad:” I think he was not whistled … Rather, I think that the public prioritized Barça, the club, understanding that this is what Barça needs right now “.

“It is normal that being number one Leo would have economic aspirations like the ones he has,” he explained, implying that in Paris the Argentine star will enjoy economic conditions “unaffordable” for the current Barça. “I am convinced that we made the right decision because since we arrived at the club in March until today we have seen that the economic situation is much worse than what they told us.”

In these conditions, keeping Messi at Barça “was an inordinate risk and that we saw we could not face. We have finished advancing the post-Messi stage and we have done so by putting the club above all else”, he concluded.