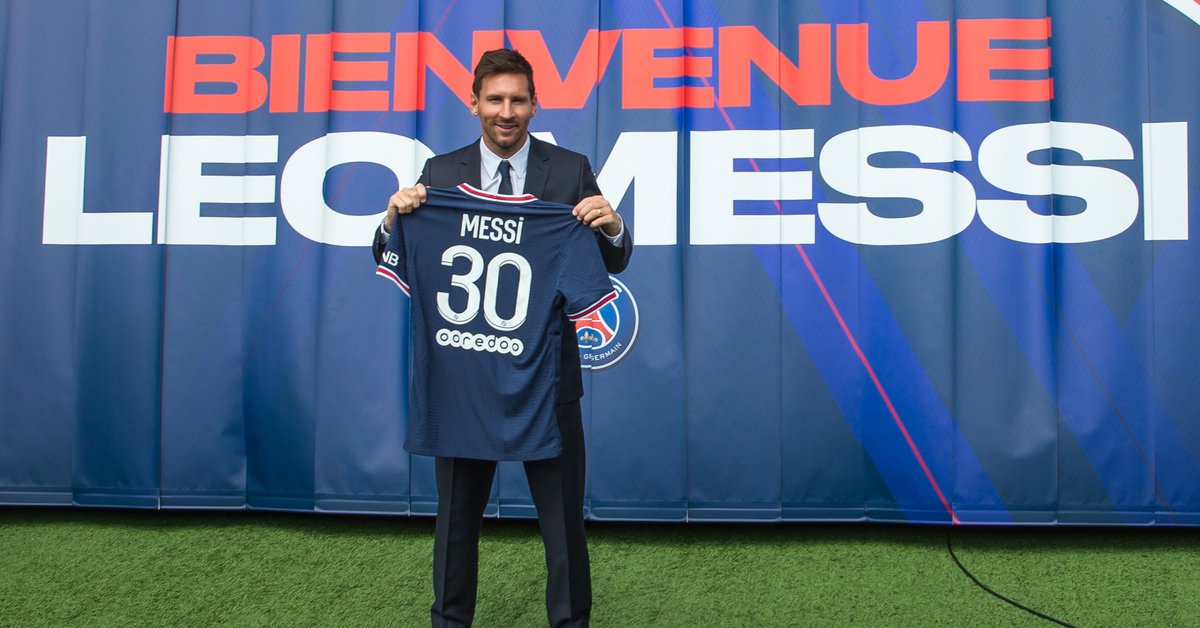 The arrival of Lionel messi to the Paris Saint-Germain (PSG)It has generated a revolution for the world of football and especially for France. The Argentine, who at the beginning of August no one suspected that he could leave Barcelona, he already trains with his new team And despite not having debuted yet, he has already garnered millions of new fans looking to buy the shirt with his last name.

In the framework of hectic days where the information about the arrival of The flea his new group took over the main portals of the planet, on social networks they echoed the data that indicated that, supposedly, in less than 48 hours the French team had managed to sell about 832 thousand shirts with the number 30, the one you will use Leo. That figure, multiplied by the sale value, gave a result of around 156 million euros, so users already joked that the footballer’s annual salary had been paid in just hours.

However, all these data are far from reality. This Tuesday, PSG sources confirmed to Infobae that although they still did not have accurate figures on the amount of garments sold, they do know that It is “unlikely” that this figure of more than 800 thousand jackets was true, although they estimate to reach historical numbers. “We hope they will be the best sales of shirts of all time in PSG,” they anticipated from the Parc des Princes.

The madness in Paris for the arrival of Messi to PSG

These disclosures coincide with those expressed by Fabien Allègre, director of diversification of the PSG brand, who in dialogue with the site L’Equipe, he said: “It’s crazy to come up with such figures. Yes, the sales trend has been phenomenal, but we are far from the million t-shirts sold. The deal with Messi was done very quickly, it is not something we could have anticipated. So yes, we are still agile, but we have to do with our partner’s lead times. Either Nike, Adidas or Cougar, they all have the same approach regarding the production and quantity of shirts put on the market. We are not magicians ”.

From the leadership of the French club they recognize that the demand is enormous and they hope to establish record figures in the sale of merchandising, as a result of the hiring of Messi, but that manufacturing times make it impossible to satisfy the market for now. “At the moment, we have only revealed two shirts (starter and substitute), there are still the third and fourth shirts to be released. During the last two seasons, it was with these four outfits that we reached one million t-shirts sold, “said Allègre.

To take dimension of the situation it is essential to understand that in the 2017/18 season with the signing of Neymar, PSG sold 800 thousand jackets in one year all over the planet, of which a third had the surname of the Brazilian stamped. While in 2019, by partnering with Jordan brand, were able for the first time to exceed 100 million t-shirts sold. This helps to understand that it is impossible that in just 24 hours more than 800 thousand copies of Messi’s 30 have been delivered.

French fans line up every day to get their jacket (EFE)

Obviously the arrival of the Argentine to Paris has triggered the level of demand, to such an extent that the club’s president, Nasser Al-Khelaïfi, confirmed in dialogue with L’Equipe that many companies want to be team sponsors: “If I tell you the number of calls received in the last 48 hours by me and my team, it is incredible. If I give you the numbers, it is incredible. I don’t think so myself. We know that with Messi we will have new partners. They all want to sign. But we are calming down for now. In two weeks, we can announce the details of all this. “

On the other hand, the money obtained from the sale of shirts is not directed to the club’s coffers, but is directed to clothing brands: “In this case, the beneficiary is Nike and not PSG. In society, it has been established that the great soccer stars are capable of paying off their signings in just one week, and even in one day, but nothing is further from reality, the clubs either receive absolutely nothing from the sale of their kits with these transfers or only receive an amount (approximately 10%) when the sales volume is very high ”, explained Toni Roca, expert in sports law and director of the Sports Law Institute, to the Spanish site ACE.

It is for all this that the arrival of Messi ends up benefiting Michael Jordan. Yes, the legendary NBA Chicago Bulls player has his own brand (Jordan Brand) associated with Nike and PSG, so he will pocket 5% of the proceeds from the sale of apparel. That is, it will raise no less than USD 9.5 million if the garments sold are around one million.

Messi’s footfall, Mbappé’s goal: the first images of the most anticipated connection in PSG training
The four mansions Lionel Messi could move to: the requirements that his new home in France must meet
Piqué revealed that he offered Sergio Agüero the 10 that Messi left vacant at Barcelona: what was Kun’s response
The photo of the departure of Lionel Messi and Antonela Roccuzzo that generated a furor in the networks
Dream Team in the spotlight: Thierry Henry’s warning to PSG after the signings of Messi and Ramos