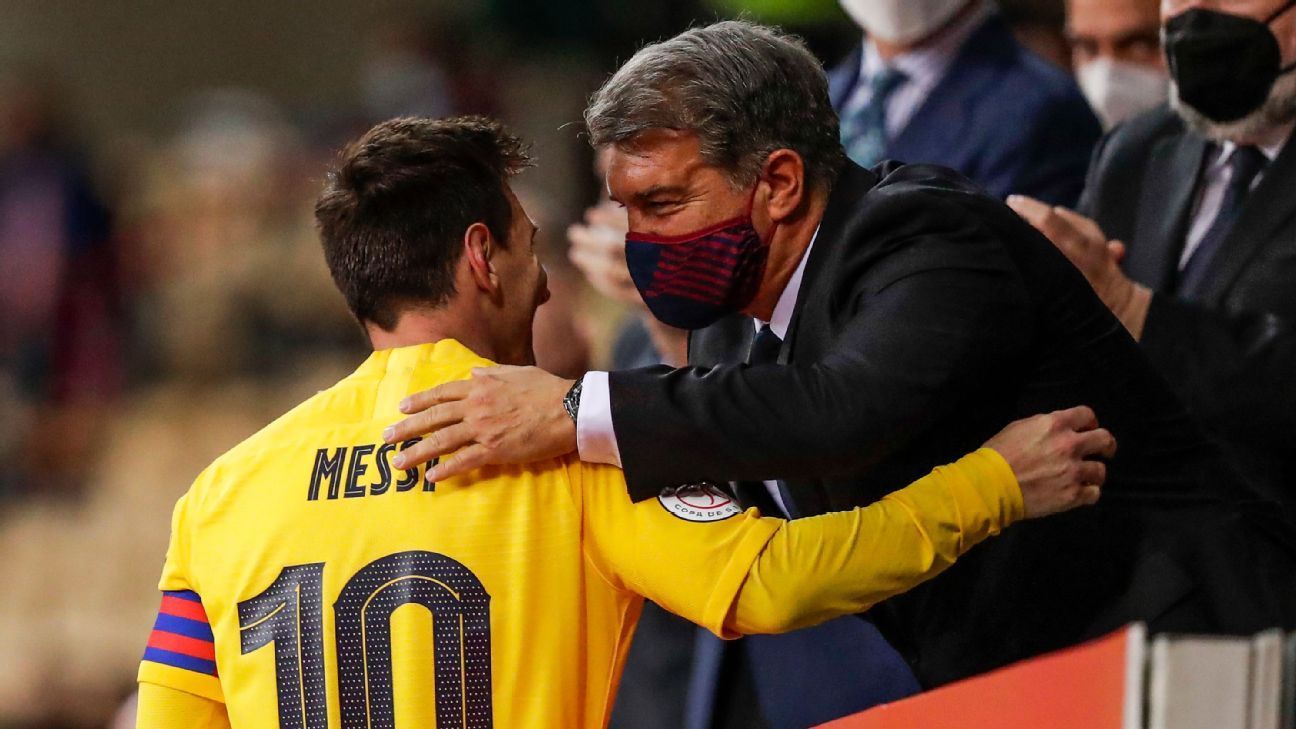 BARCELONA – Barcelona issued a statement this Thursday afternoon in which it reported the impossibility of signing Leo Messi’s new contract and, obviously, took the Argentine footballer’s departure for granted.

In this way his era at the Camp Nou was closing. Closes? After a maddening afternoon, early in the evening the club called a press conference for President Joan Laporta for Friday morning … And at that moment speculation was flying in all directions.

An official source from the Barça club sent an unequivocal message to ESPN Deportes: “It’s over,” he dryly revealed and referring to the press conference in which Joan Laporta will offer concrete explanations to argue what happened and the way in which everything happened. developed, more taking into account that during the last months from the club a message of optimism was transmitted that, suddenly, became nothing.

Leo Messi will not continue at Barcelona … Or at least that is what the club announced through that brief, cold and impersonal three-paragraph statement in which he implied the impossibility of signing a new contract due to the “regulations of the Spanish League “which causes” insurmountable economic and structural obstacles “in the current situation.

But as nothing can be considered sentenced around the Argentine star, speculation suddenly appeared on the stage, supported by the deathly silence from the footballer’s side, that the novel was not finished and that the announcement of the Barça club was nothing more than a A measure of pressure on LaLiga and Javier Tebas, the employers aware of the enormous loss that Leo’s departure from Spanish football would entail, or supposes.

If less than a year ago, at the end of August 2020, it was the player who, in the first person, wanted to break his relationship with Barcelona through a burofax in which he asked for his immediate departure due to his disagreements with Josep Maria Bartomeu , the return of Joan Laporta, with whom he always maintained a very warm relationship, to the presidency opened a door to hope.

And, knowing the Barça president, nothing could be taken for granted … Even more so when the announcement of the club did not have any kind of reaction on the part of Messi’s teammates until June 30. Not a farewell message on social media, not a single word. A play of poker? No one dares to sentence Messi to play for another club other than Barça from this season …

But, at the same time, a play that is suspected of being so bizarre as improbable. At least this Thursday, August 5 …