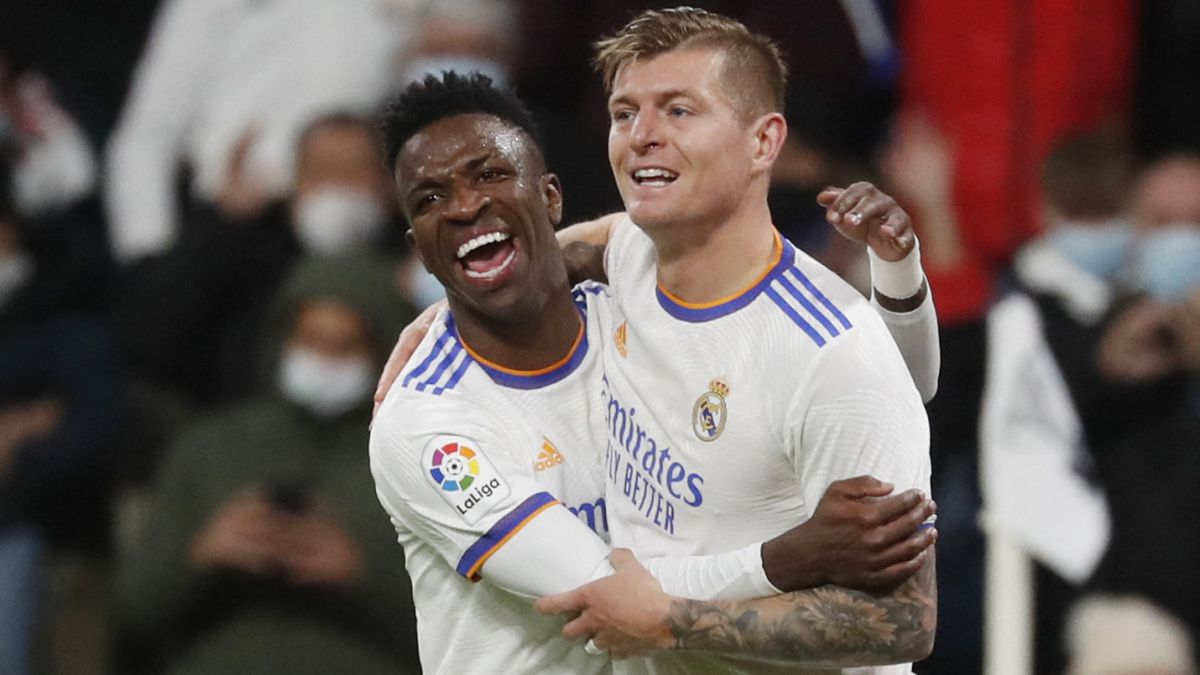 Toni Kroos took advantage of the first installment in 2022 of his weekly podcast Einfach mal luppen, which he shares with his brother Felix, to talk about the Spanish Super Cup, which is being played this year in Saudi Arabia and whose final will be played Real Madrid after winning 3-2 in the semifinal against FC Barcelona. Of course, the idea of ​​​​disputing it in the desert and the merit that his team did for participating do not seem to have been too clear to the German midfielder, as he admits with a laugh in the podcast.

“It is clear that a Spanish Super Cup has to be held in Saudi Arabia. Where is it supposed to be held if not?” jokes Felix, what Toni replies: “No doubt about it”. When asked by his brother about what Real Madrid did to be present in said championship, the Madrid midfielder added with a laugh: “Well, obviously, not much because we neither won the league nor were we cup champions. But here we are. Two years ago, the first time the Super Cup was played with four teams, we hadn’t been champions either in the League or in the Cup and we ended up winning the Super Cup. What am I going to tell you? To be honest, I think the organizer has a certain interest in us participating.”

This time, the team led by Carlo Ancelotti is back in the final, despite a small mishap after the team’s arrival in Riyadh that Kroos reveals on his podcast. “The airport bus got stuck in the sand, that’s why I’m a little late for our date.”, explains a Kroos who could not avoid throwing a dart at the tennis player Novak Djokovic, in the international spotlight due to the soap opera surrounding his participation in the Australian open without being vaccinated. “It was also checked upon arrival if we were all vaccinated. This is not just happening in Australia. but here too,” he said.

It also happens in Germany, the country where Kroos was born, although, little by little, he is adapting to the lifestyle in Spain. “I always tried to be extra punctual, but I admit that it has rubbed off on me a bit to show up a minute before the coach’s talks start. Before, when he arrived five minutes earlier, he was the last in the national team and the first in Real. Now, I’ve happened to arrive just a minute early and I’m still in the top three”, concludes the 2014 world champion in Einfach mal luppen.

Kroos: “I think the organizer of the Super Cup has a certain interest in us participating…”