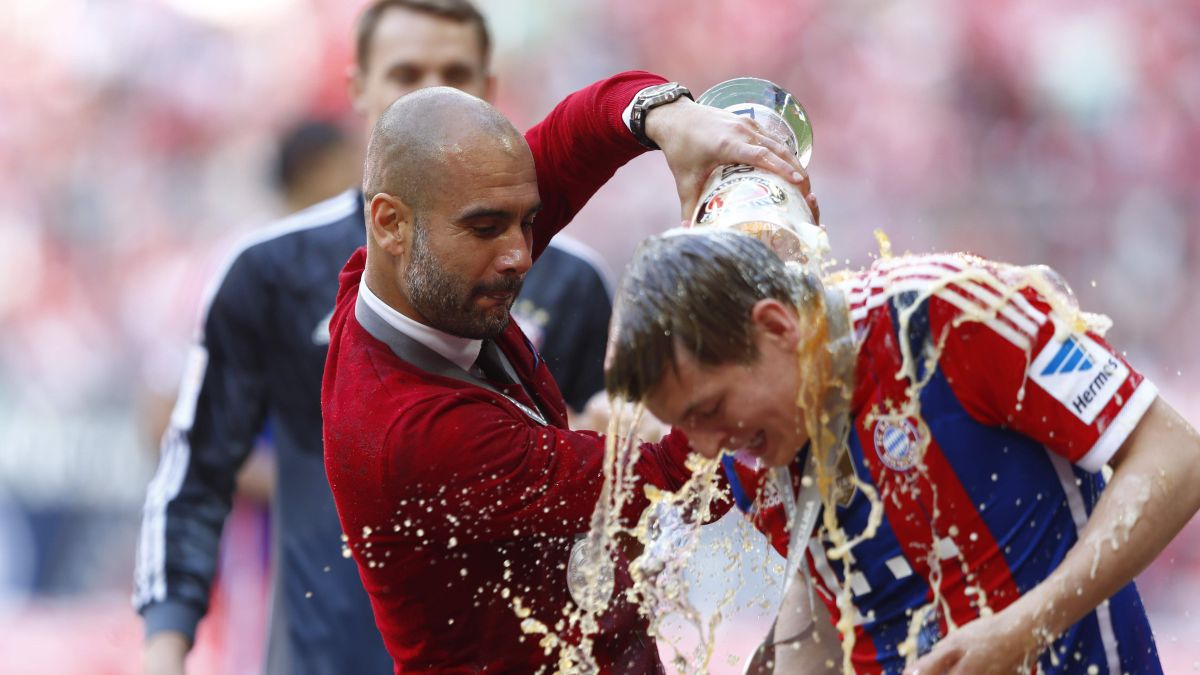 The Real Madrid midfielder, Toni Kroos, has taken advantage of his intervention in the podcast Einfach mal Luppen, which he shares with his brother Felix, to review some of the highlights of his sporting life. It started with the 2014 World Cup, where many emotions were mixed: that of playing the final and winning it (Germany won with a goal from Götze in extra time against Argentina), the arrival in Rio of his wife the day before the final, the celebration, and the opportunity to chat in the locker room with Ángela Merkel .

He continued to deny that he did not celebrate the recently won world title with the rest of the players, in a summer where his future was in the air: “We won the match and it was nice to be able to hug my wife after six weeks, shortly after the final whistle. Also chat with Angie, Angela Merkel, in the dressing room. It was nice. We talked a bit about Mecklenburg-Western Pomerania (the region where the footballer was born)”.

Kroos also commented on the detail that Pep Guardiola had, his coach at Bayern Munich, just before the World Cup final: “It was still not clear which club I would play for when I came back and Pep Guardiola wrote to me and wished me all the best for the end, I thought he was quite nice.” He was a regular replacement for Pep and decisions such as placing Lahm as a central midfielder did nothing for the German’s performance. With a contract until June 2015, Kroos refused to renew and Bayern were forced to sell him. “Clubs have to make tough decisions. That was tough and maybe wrong,” Hoeness, president of Bayern, recalled then about that. After the World Cup, Kroos signed for Madrid.

The funniest revelation was about his relationship with tequila. He confessed that he drank it both when he had something to celebrate and when he was overwhelmed with frustration and that it was the only alcoholic drink he half tolerated. He recounted the episode with tequila after losing the Champions League in 2012: “After the Champions League final against Chelsea (2012) (Chelsea won on penalties) I remember drinking in frustration. We came close to needing an emergency doctor. There was no other way to ease the pain.”

He also resorted to tequila to celebrate the World Cup won with Germany, with very similar results: “I set out to have a tequila with everyone that night, but I failed miserably.” With tequila he went from failure to failure… until he decided to quit after a drunken spree with his brother and Bayer Leverkusen player Stefan Reinartz: “I drank shots of tequila because it was the only thing I liked. The next day I didn’t feel well and that was the point where I said that drinking alcohol does no good. I couldn’t look at the tequila that night and gave it up completely. It didn’t hurt and I don’t miss it.”

Kroos: “I drank tequila to celebrate or forget until one day it made me feel bad and I quit”