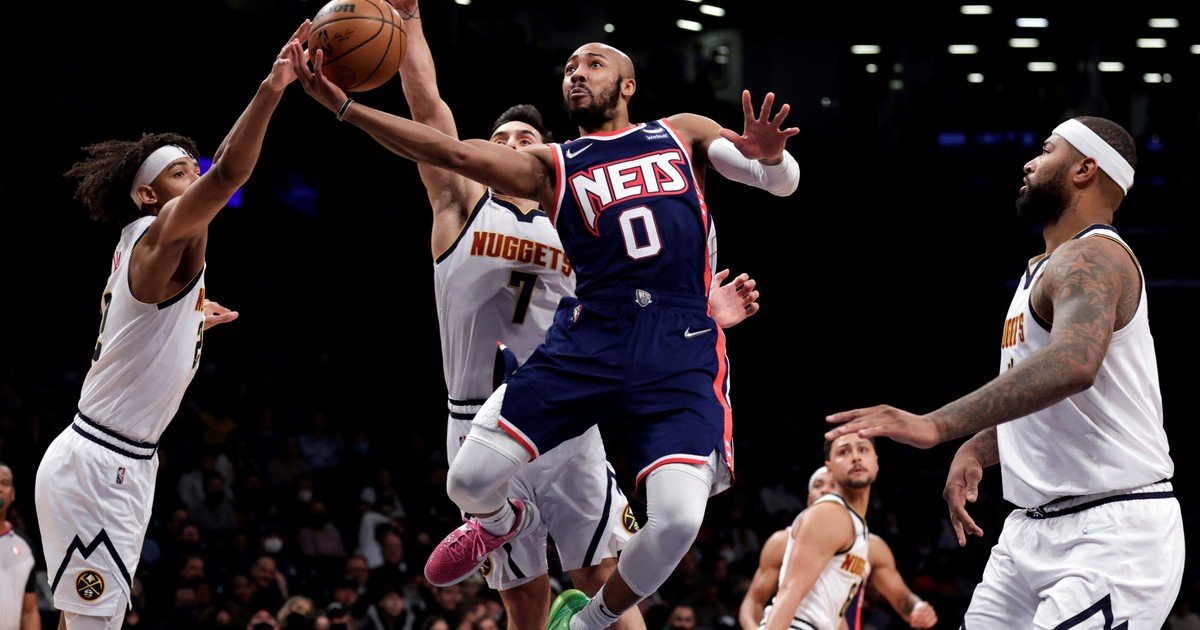 The tough string of six away games started in the best way for Denver. is that later of last Tuesday’s victory against Detroit, those led by Michael Malone They celebrated again as a visitor, this time at the Barclays Center and before a Brooklyn Nets that, despite the fact that he did not have his main figures, he did not make it easy for him at all. Finally, in a very hard-fought game for the Nuggets, It was a 124-118 victory.

To the well-known casualties of Kevin Durant Y Kyrie Irving, also added that of James Harden, who could not be due to muscle discomfort in the left hamstring. However, the place became strong thanks to Cam Thomas, who had no problems assuming the leading role in the absence of the main stars and added 25 points with 8-14 shooting from the field. In addition, they accompanied Patty Mills, with 21 points, and LaMarcus Aldridge, with 18 and 8 rebounds.

Although the Nuggets started better, with a partial 15-4 in the first minutes, Brooklyn reacted and sealed a 24-14 to finally go into the first break one down. In the second quarter, with Denver’s second unit on the field, including Facundo Campazzo, saw the best best of the Nets, who went ahead and got a maximum of 11 to close the first half 65-54.

In this passage, Facu, more than ever in his role as point guard and game dealer, he added 2 points and 5 assists, and collaborated so that the team was not further relegated on the scoreboard.

The defensive problems shown by Denver in the second quarter, were left behind in the third. Y, building the game from a good defense, in which an active Campazzo also collaborated, added to a more than effective passage of Austin Rivers, the visit got a 42-26 to turn the actions.

From there, with a Rivers who kept his hand warm and with the contribution of the always unstoppable Nikola Jokic, the Nuggets were able to manage the difference and they finally added their 26th win of the season. Jokic, with 26 points, 10 rebounds and 8 assists was the figure of the night at the Barclays Center.

What’s more, Rivers closed his performance with 25 points (7 of 10 in triples). On Facu’s side, he contributed 2 points, 6 assists and a steal, in 20m03. With the win, Denver trails a 26-21 record and remains sixth in the Western Conference. phoenix suns is the leader, with 38 wins and only 9 losses.

On the East side, the Nets, who added their third loss in a row, are fourth with a record of 29-19. While in the first place is located Miami Heat, that won 31 games and lost 17.

With an assisting Campazzo, Denver beat the Nets