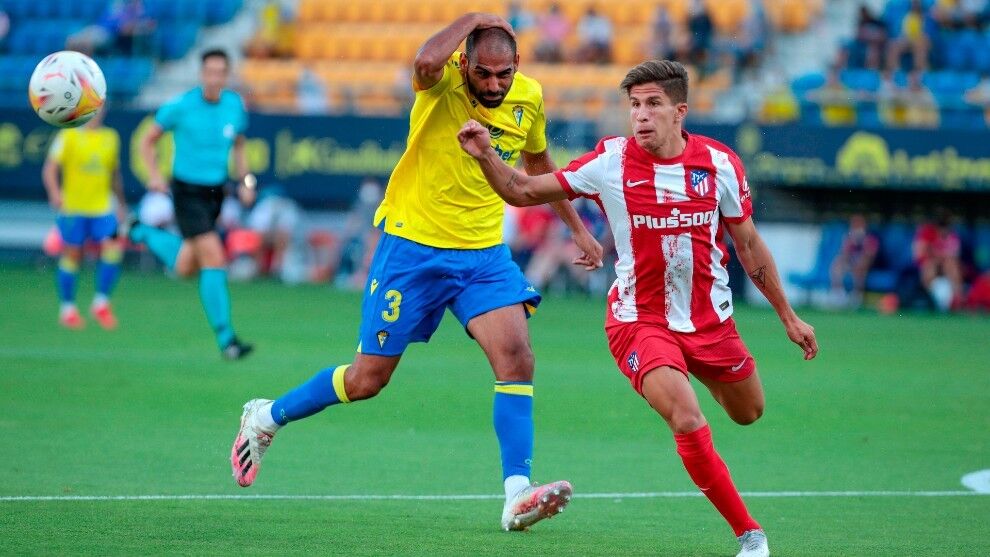 Pfor good and for bad and in the absence of the heavy weights that detract from it, Giuliano It is one of the proper names of the Atltico preseason. The morbid would be served since his father enlisted him with the first team, the vindication of the little one of the Simeone It would be continuous from the first ball he fought in El Burgo de Osma to assist the first rojiblanco summer goal and the troubles would not stop accumulating inside him as he became the soccer player most used by the coach. Yesterday’s decisive penalty failure would add more to the fire.

It should be remembered that Giuliano has been Cholo’s great bet for the attack in the absence of Luis Surez and company. So much so that it would erase from the map Saponjic and force Camel, Borja Garcs or Mario Soriano to fight to act as his squires. However, despite the fact that he was always the one who did the most credit for scoring, the reality is that he has not yet managed to celebrate a goal despite fighting him to the point of exhaustion.

It is true that Giuliano lodged the ball in the nets, masterfully, in Salzburg, but the VAR broke his dream and that of Cholo himself, who had celebrated the historic both with great effusiveness. It would not be the only setback that Simeone’s third son would take, because in Wolfsburg you will see how its whiplash was stamped against the crosshead. In Germany, the goal would also be around in another action in which he would show the enthusiasm and hunger with which he jumps onto the grass.

Cdiz would not be an exception, because even though Giuliano would give it his all, he would end up with a bad taste in his mouth. It was seen coming since a gallop towards the frame was aborted by a Fali with whom he will have a constant fight. It seemed that Cholo’s son was remaking himself with the high heel that originated the penalty or with the actions in which he kept putting the behind in check

However, after 90 minutes on the green, the penalties will arrive. His pulse will not tremble to shoot, but despite deceiving David gil, his shot will go out and the Carranza through the sinkhole. A land swallowed in every rule.