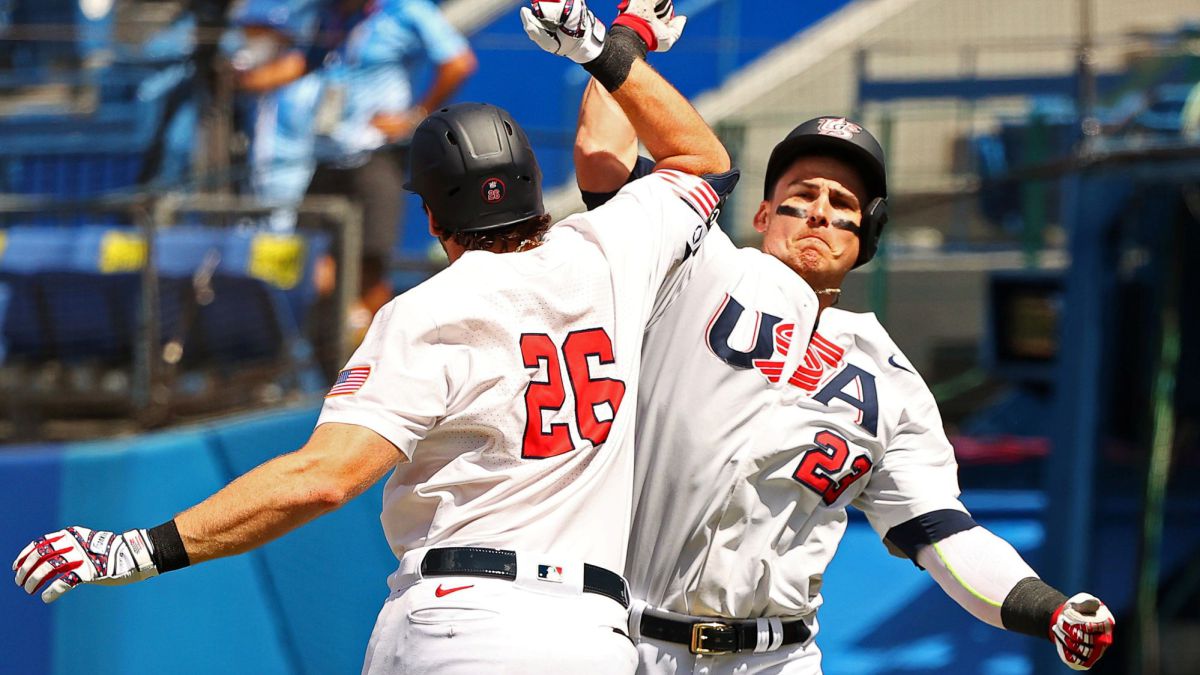 The United States is back in the fray to try to name this “a great comeback.” Losing to Japan was the first setback of the North American ninth in the Olympic Games and it caused them to take the longest way to reach their goal. Therefore, you had to face the Dominican Republic first to think again about the gold medal and they have fulfilled.

Surprising Mike Scioscia, veteran Scott Kazmir took the mound and the surprise, fortunately for them, was more than pleasant. In five entries worked, the Giants pitcher pulverized the Dominican batting by not allowing a run, only two hits and a walk, in addition to striking out five batters. And the good thing is that his colleagues would reciprocate the great work.

From the bottom of the first entrance, Triston Casas reappeared with his third home run of the Games and, once again, it did not go aloneas it also drove in Tyler Austin’s first run to move the listing to a 2-0 lead. From there it was necessary to wait until the fifth inning, where Austin returned to do his thing and this time it was he who sent the ball off the diamond to extend the score three runs apart.

The Dominican Republic later closed the gap on David Robertson again with a Charlie Valerio home run, but the wide pitching rotation kept the Americans calm and they are now just one game away from the grand finale. Immediately, This Thursday, August 5, they will play against the loser of the duel between Japan and South Korea. The Caribbeans, despite the defeat, are already in the fight for bronze.

South Korea or Japan, which is the favorite?

The second great unprecedented battle is yet to take place in the return of baseball to the Olympics. Just as USA Baseball and the Dominican Republic saw each other for the first time on this circuit, now South Korea and Japan will do the respective thing and with the locals being the great favorite having dominated the Dominicans and also giving the best somersault against the United States, where , losing 6-3, they ended up winning 6-7. South Korea is coming off a huge job at the bar with an 11-1 win over Israel.