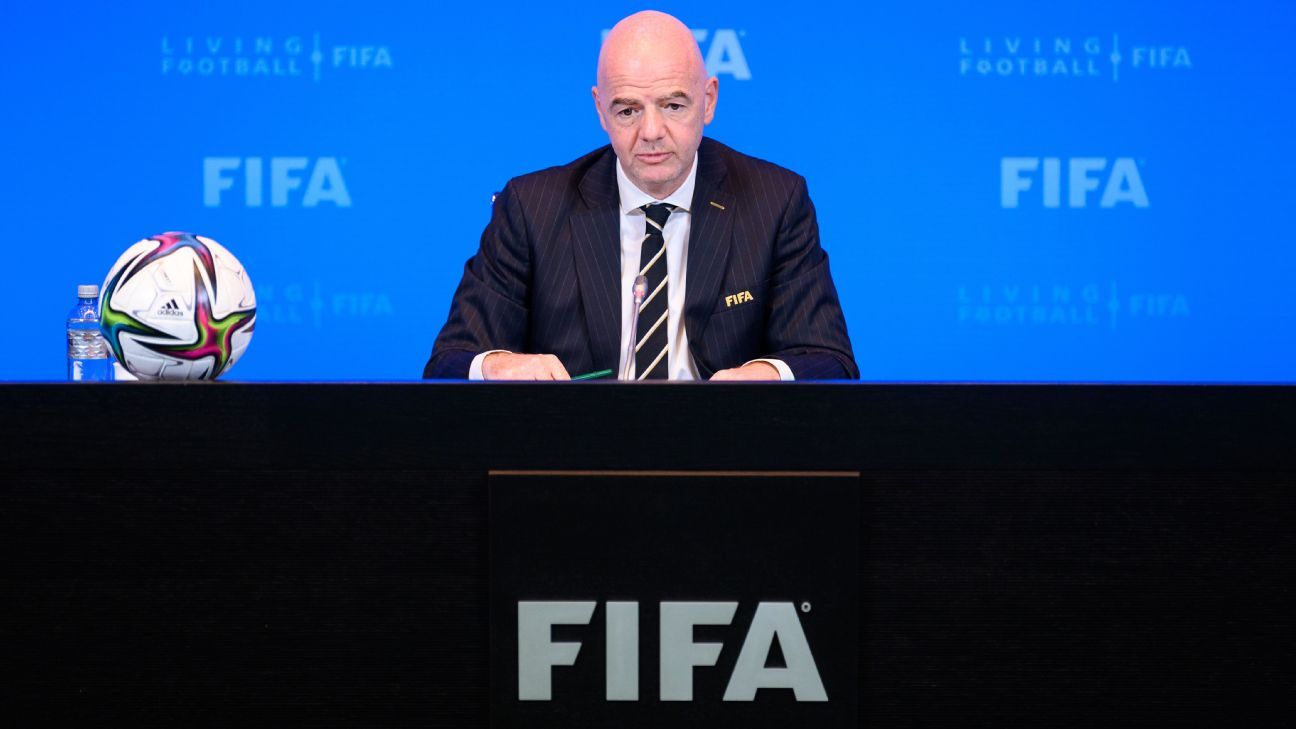 The president of FIFA, Gianni Infantino, declared that the soccer Eurocup could also be played every two years, like the World Cups, because “from a sporting point of view it works” and “the economic impact is positive for everyone”.

“The World Cup every two years is not a request from me, but from the FIFA Congress that has asked for a feasibility study,” Infantino told Radio Anch’io Sport, where he stressed: “We have done a very serious study, since the sporting point of view would work, the economic impact is positive for everyone “

“The most important thing is that it is positive for the protection of the national leagues and for the footballers themselves, there would be fewer matches with a break in July. In Europe there is opposition but this is a more inclusive way. Also the Europeans could have the same cadence “he added.

Infantino also referred to the effective playing time and stressed that it is an aspect that should be studied.

“I am traditional, because soccer is a traditional sport, but modern in not having taboos. One of the biggest problems in our soccer is that when there is a small failure, the player stays on the ground and does not move,” he said. .

“You can think a little more in real time, it is not possible that in 90 minutes the matches last 47. So I don’t know if the stopwatch is the solution or not, I was against Var at the beginning, but we saw that it can help the referee. What can help football is welcome, and so is the offside rule, which gives attackers an advantage. This is also one of the points we are studying, “he added.

Asked about the possibility of the Olympic Stadium in Rome being renamed the Paolo Rossi Stadium, in tribute to the beloved Italian player, a hero of the World Cup that Italy achieved in Spain’82 and who died in 2020, Infantino was enthusiastic.

“There is no one against ‘Pablito’, we have to support the idea of ​​putting the Olympic stadium on Paolo Rossi. Nobody like him had an impact on Italians in the world,” he said.

The Italian Government must rule on this possibility after the Chamber of Deputies approved an initiative in this regard last Thursday with 87 votes in favor, 5 against and two abstentions.

“Since the 1982 World Cup, all Italians in the world were seen differently. For me it has to be done and it has to be done quickly. I congratulate Parliament and the Government. Young people must remember Rossi,” he added.

Gianni Infantino assures that the Eurocup could also be every two years, like the World Cups