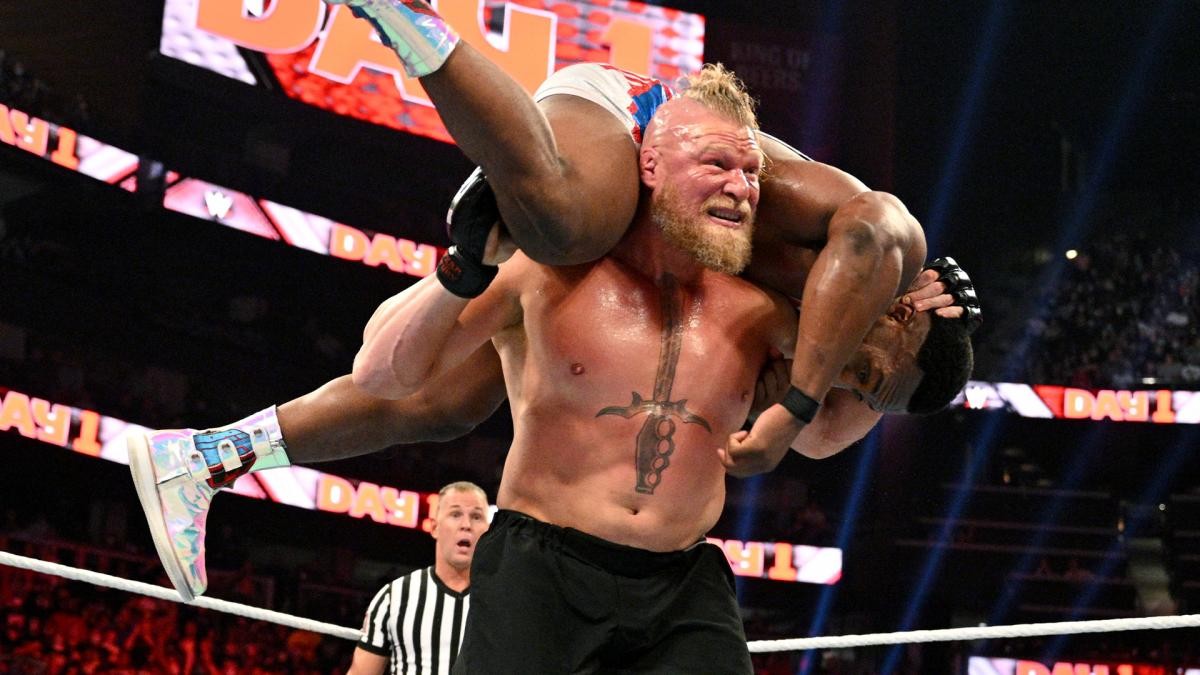 Despite becoming the current WWE Champion, Brock Lesnar is not expected to make an appearance tonight on the Monday Night Raw show which will take place at the Bon Secours Wellnes Arena in Greenville, South Carolina. Brock Lesnar returned home from Canada on Sunday.

This was confirmed by Mike Johnson, a journalist for PW Insider a few minutes ago. “PWInsider.com has learned that Lesnar returned home yesterday“Johnson wrote. It is very likely that tonight, Monday Night Raw will have the presence of almost his entire roster, with the exception of Drew McIntyre. Big E or Bobby Lashley are expected to step forward to claim a title match against The Beast.

Johnson has also confirmed that, internally, WWE is treating Brock Lesnar like a superstar on the Raw roster. However, the company wants to maintain the essence of the fighter as a free agent. “As of this morning, the new WWE Champion, Brock Lesnar, was officially transferred to the Raw roster internally. The plan is to keep presenting him as a ‘free agent’. “

Brock Lesnar was part of the fight for the WWE Championship on PPV Day 1. Originally, he was scheduled to face Roman Reigns for the Universal Championship, but The Tribal Chief tested positive for COVID-19 in some preliminary tests that were held in the afternoon. Brock Lesnar joined the battle for the title and achieved victory after ironing Big E after applying an F5.

Brock Lesnar is not scheduled to appear tonight on WWE Raw