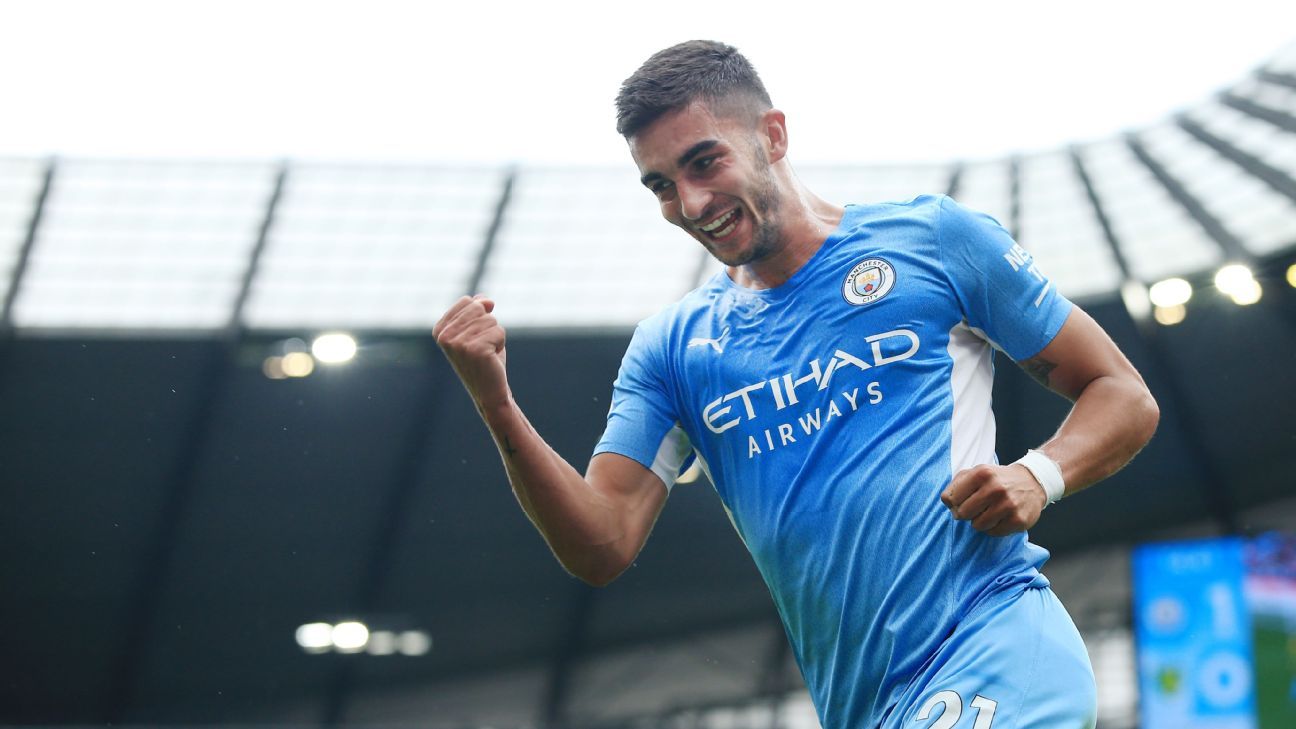 BARCELONA – Ferran torres He underwent a medical examination this Monday and is expected to be presented on Tuesday as a new Barcelona player, for the remainder of this season and the next five, until June 2027, with the Barça club paying 55 million euros to Manchester City to convert to the 21-year-old young striker in the most expensive Spanish signing in the history of Barça, ninth in the Camp Nou general list and sixth most expensive transfer of a Spanish footballer.

The Valencian striker, inactive since October, is in the final stretch of recovering from the fracture he suffered in his foot, on Saturday he published a video on social networks in which he could be seen training at full capacity alone and his debut with the Barça, depending on the sensations in their first practices with the Barça squad under Xavi Hernández, could take place on January 5, in the Cup match against Linares, or three days later in Granada, in LaLiga. The coach’s intention is for him to arrive rolled and ready for the semifinal of the Spanish Super Cup, on January 12 in Riyadh against Real Madrid.

It is the second signing in this winter market after the signing of Dani Alves, the registration of Ferran Torres in LaLiga is pending that Barcelona can meet the financial fair play required. The club already releases a salary mass with the retirement of Sergio Agüero, to which will be added the departure of Yusuf Demir and the most likely of Luuk de Jong, who will leave the club to play the second half of the season at Cádiz.

From here, the downward renewal of Ousmane Dembélé is considered definitive to open the door to the new striker, who will most likely take the number ’11’ of the squad and will leave, for the moment, a free place for a new registration.

Ferran Torres will thus become the most expensive Spanish signing in the history of Barcelona, ​​exceeding the 40 million euros that the Barça club paid to Valencia in the summer of 2010 for David Villa and already well above the 34 that Cesc Fàbregas cost in 2011, arrived from Arsenal.

Without taking into account, for the moment, the possible 10 million euros that Barça should pay Manchester City in terms of variables, the 55 million that will be paid for Torres make him the ninth most expensive signing in the club’s history, in a list topped by the 135 million disbursed by both Philippe Coutinho and Ousmane Dembélé.

Likewise, the new Barça player sneaks into the top-ten of the most expensive transfers of a Spanish footballer, entering sixth place on the list led by the 80 million euros that Chelsea paid Athletic Bilbao in 2018 for Kepa Arrizabalaga.

THE MOST EXPENSIVE SPANISH TRANSFERS

Ferran Torres, the most expensive Spaniard in Barca, will be presented on Tuesday