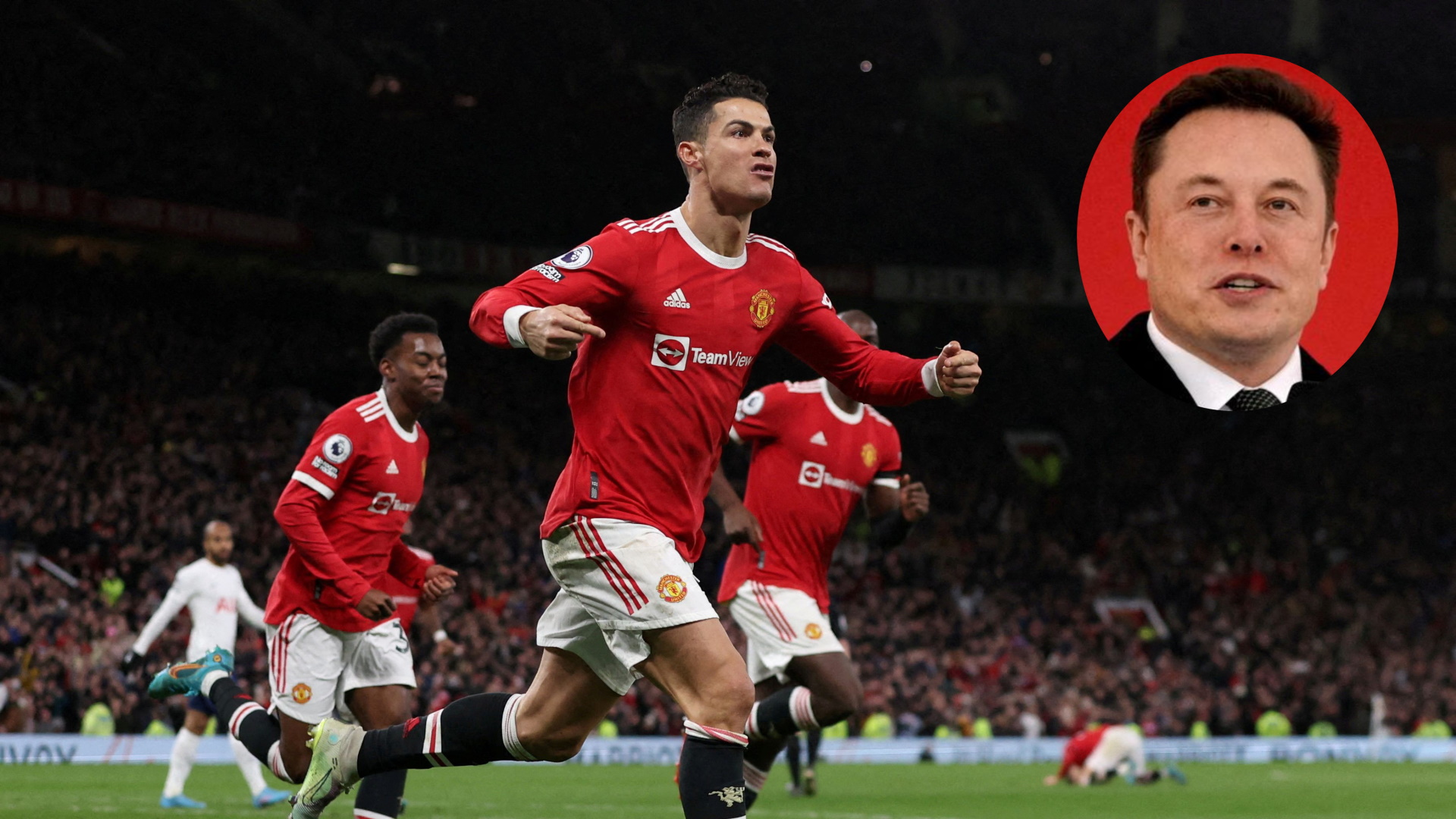 Elon Musk caused a real revolution after a comment related to Manchester United. The CEO of Tesla and the richest person in the world, he said he was going to buy the english clubAlthough he did not give any details. She shared the phrase on her Twitter social network account, which has more than 103 million followers.

“I’m going to buy Manchester United, you’re welcome” Musk tweeted, but it was unclear if the billionaire was serious about the operation, as he has a history of posting irreverent tweets. Quickly, the message was a world trend reaching in just two hours, 262 “likes”, more than 78 thousand “retweets” and about 22 thousand comments.

Manchester United is controlled by the American Glazer family. Neither the owners of the club where Cristiano Ronaldo plays nor Elon Musk immediately responded to a request for comment.

Britain’s The Daily Mirror newspaper reported last year that the Glazers were willing to sell the club, but only if offered more than 4 billion pounds ($4.84 billion). It is worth mentioning that Musk is trying to get out of a $44 billion operation to buy Twitter, which has landed him in court. In addition, he recently sold almost 7,000 million shares of his car group Tesla.

Manchester United, which has been listed on the New York Stock Exchange for 10 years, has a market capitalization of 2,080 million dollars and its share, which had closed on Tuesday at 12.78 dollars (+0.08%), lost 2 .11% in electronic trading after the close. Although no shareholder has a controlling interest, the club is controlled by the six sons of American businessman Malcolm Glazer, who died in 2014 after taking over the company in 2005.

The management was the subject of strong protests in April last year by the club’s supporters, when they tried to participate in a breakaway plan from the European Super League, which was ultimately scrapped. The Red Devils they wanted, together with five other English, three Spanish and three Italian clubs, to create a European competition that would rival the Champions League, an initiative that provoked strong political and sporting protests, but also strong reactions from the club’s supporters. 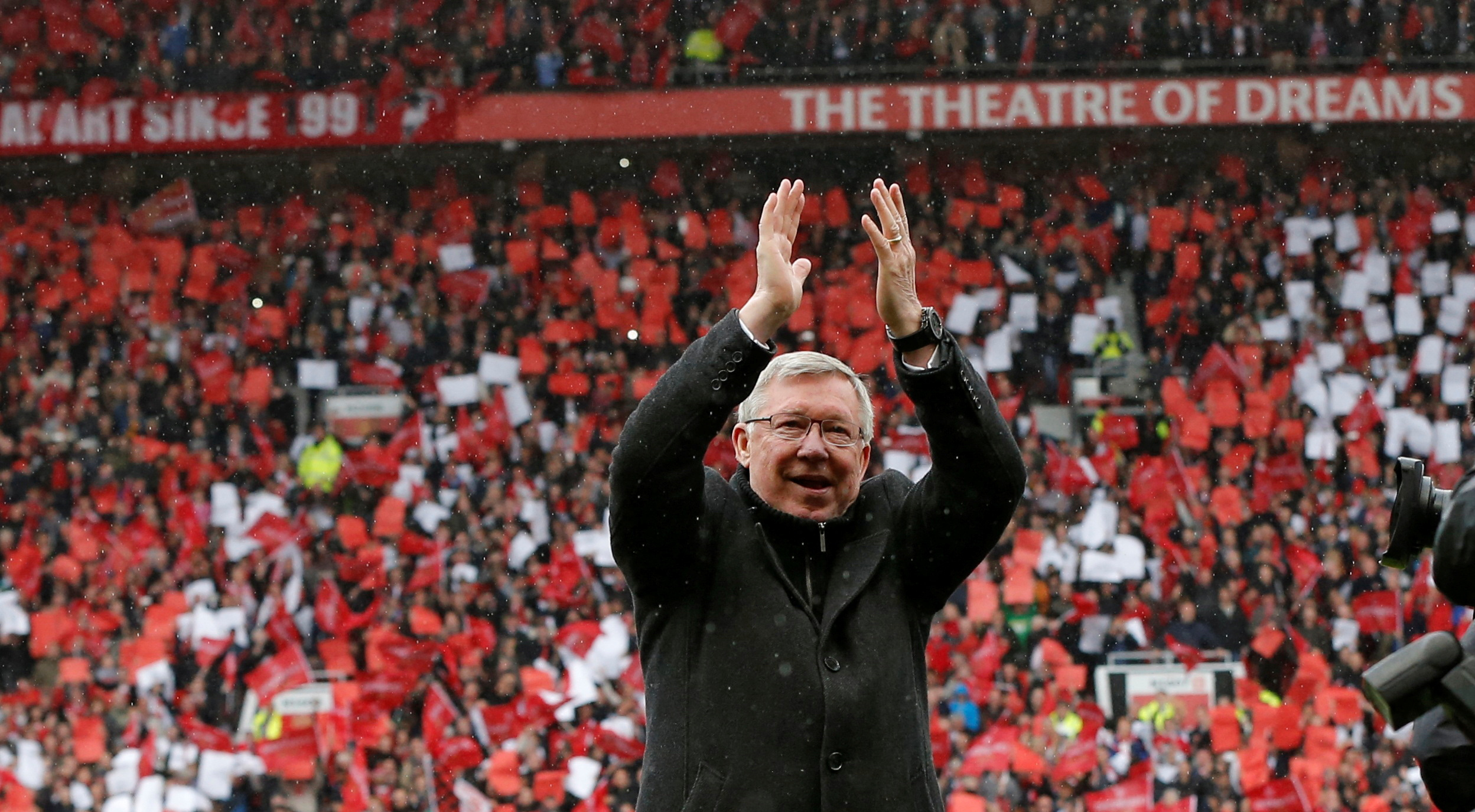 Manchester United manager Alex Ferguson waves to the crowd as he arrives at Old Trafford ground for the last time before retiring, ahead of the English Premier League football match against Swansea City at Old Trafford Stadium in Manchester, north from England, on May 12, 2013 (REUTERS/Phil Noble)

Likewise, Manchester United is one of the football clubs with the most followers in the world. He has been champion of England with a record of 20 times and has won the European Cup three times. Fan discontent over the Glazers’ lack of ambition in signing intensified after the team finished sixth in the English Premier League last season while Manchester City won a second successive title.

United fans have protested in recent years against the Glazers, who bought the club for 790 million pounds ($955.51 million) in 2005, over the team’s struggles on the pitch. Some fans have urged Musk to buy Manchester United instead of buying Twitter. However, it’s worth noting that Elon has a history of unconventional actions and comments, so sometimes it’s hard to tell when he’s joking.

His ambitions range from colonizing Mars to creating a new sustainable energy economy, and in the process he has built the world’s most valuable car company, electric vehicle maker Tesla, rocket company SpaceX and a host of other companies. little. One of them is a tunnel manufacturer called the Boring Company.

Forbes estimates his fortune at $270 billion.

The first images of Gerard Piqué’s new partner appeared: who is Clara Chía Martí
Meeting at PSG between Neymar and Mbappé: the Brazilian’s message in private after the scandal
The offer for Almendra that Boca did not respond to, the player who did not concentrate because he would leave and the decision for the Zeballos case
The tense live cross between Riquelme and the journalist Federico Bulos: “Stop, stop, I speak and then you answer”
Explosive statements by Schiavi: from “Ibarra never wanted to be a coach” to “Riquelme did not attend to me when they kicked me out of Boca”

With information from Reuters and AFP.