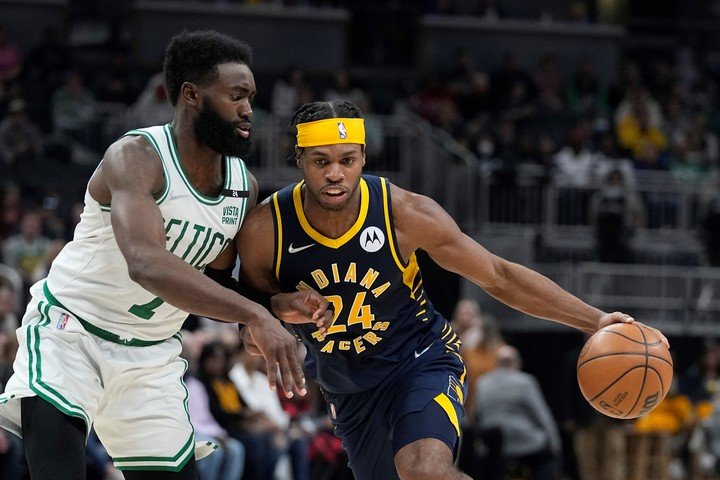 The Bahamas share Group E of the 2023 World Cup Qualifiers to be played in the Philippines, Japan and Indonesia. With ArgentinaCanada, Venezuela, Dominican Republic and Panama. It is currently located last in the table, and in search of achieving greater competitiveness, it has included three players on the list who compete in the NBA. bahamians They will visit the team led by Néstor García in Mar del Plata.

Buddy Hield was called up by the Bahamas (AP).

​​The three NBA reinforcements are noted on the Bahamians’ list, which will first receive Venezuela, on the 25th. On Monday 29, also this month, the Polideportivo de la Feliz will host the match against the Argentines. The currently selected team is third in the group, one point behind the leader, Canada, which it will face on the first date of this window in the city of Victoria, on the 25th.

The first to appear among the additions is the shooting guard of the Indiana Pacers, buddy hild. The Freeport native averaged 15.6 points last season​, in 81 games played. ANDHe is the only one of the three who was already part of the team in these Qualifiers. He played against the Virgin Islands and the Dominican Republic, averaging 26 points per game.

The second player to join is the power forward of the Charlotte HornetsKai Jones. Perhaps the least relevant of the three, because he played very few games in his first year in the NBA (21 games). The 21-year-old measures 2.08 and averages one point per game in the NBA . He was elected in Draft of 2021 for the New York Knicksbut was automatically traded to the Hornets.

Kai Jones hasn’t played much in the NBA yet (REUTER).

Finally, a name of weight in the NBA appears on the list. The pivot of the phoenix suns (first in the Western Conference of 2021/22; they fell in the semi vs. Dallas), Deandre Ayton, who has a great career within the basketball elite, being nominated for Rookie of the Year in 2018; he also participated in the Rising Stars Challenge in 2020 (where the best rookies in the NBA play). Ayton scored 17 points per game last season, where he played 58 games .

Ayton is one of the figures of the Suns (AP).

With these additions, the Bahamas will try to reverse its situation. So far, he has played six games and only won two, both against the Virgin Islands. It has eight points, the same as Panama, and is three behind Argentina and Venezuela, its next rivals.

The reinforced team of the Bahamas

Who are the NBA that would play against Argentina?