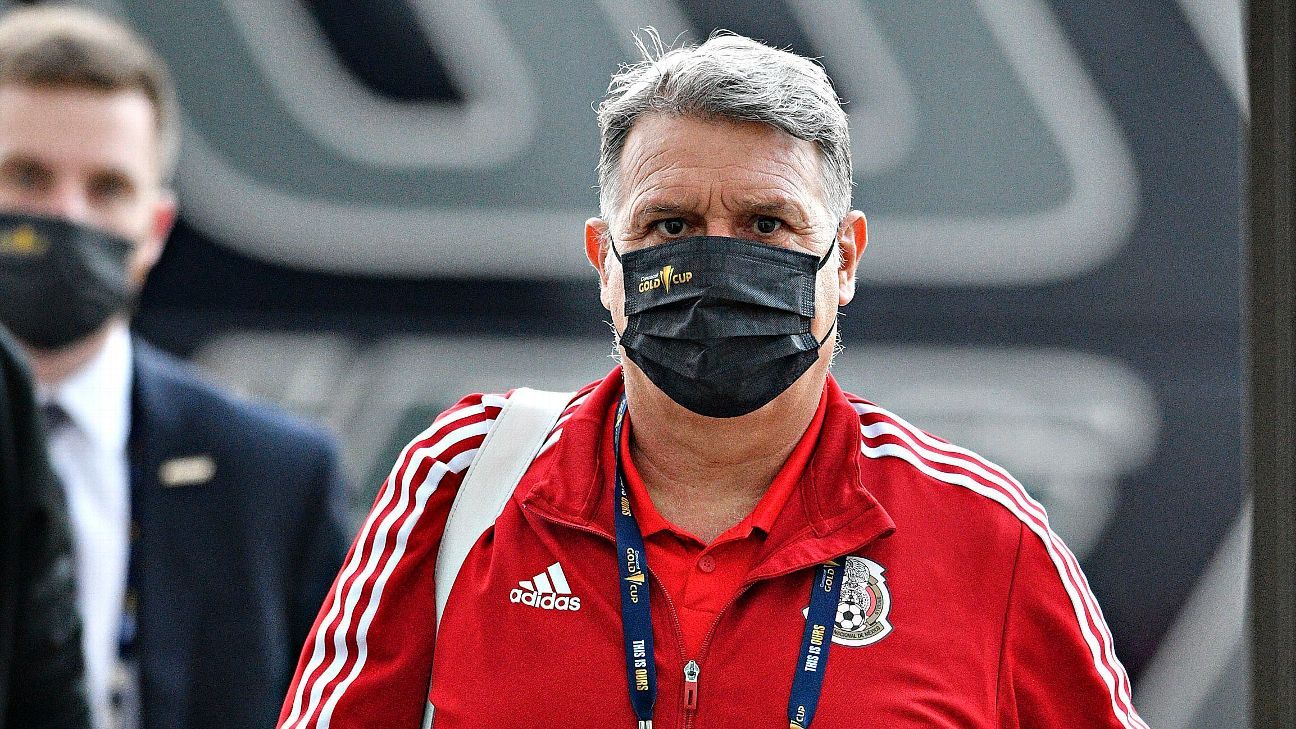 Jonathan Dos Santos Y Nestor Araujo are the news of Gerardo Tata Martino, coach of the Mexican National Team, against Honduras, in the quarterfinals of the Gold Cup. The defender and midfielder take the place of Carlos Salcedo Y Erick Gutierrez.

Tata Martino warned days before that there would be news for the game against Honduras. The changes are the central Néstor Araujo for Carlos Salcedo, as well as Jonathan Dos Santos, who takes the place of Erick Gutiérrez, the starter in the group stage.

Mexico passed the group stage with seven points, as leader, above El Salvador and now faces a team from Honduras that reported three players infected by Coronavirus at the last minute, in addition to two others who were detected since their stay in Dallas, Texas.

The Honduras team only appears with seven elements on the bench, while Mexico has 12 players available.

In the Tricolor bench, Rodolfo Pizarro already appears, who took the place of Hirving el Chucky Lozano. The Inter Miami player did not plan for the Gold Cup, but was called up at the last minute, because the Napoli footballer could not continue in the tournament, due to an injury from date one.

Gerardo el Tata Martino faces the quarterfinal stage for the second time, after winning the Gold Cup in 2019 and has the advantage that Honduras suffers several casualties due to Coronavirus infections. Mexico, until now, has not been affected by Covid 19, during its time in the tournament that is played in Concacaf.

ALL TOGETHER FOR THE SEMIS! 🙌🏻 🇲🇽
The lineup for the duel 🆚 🇭🇳 is presented by @adidasMX: