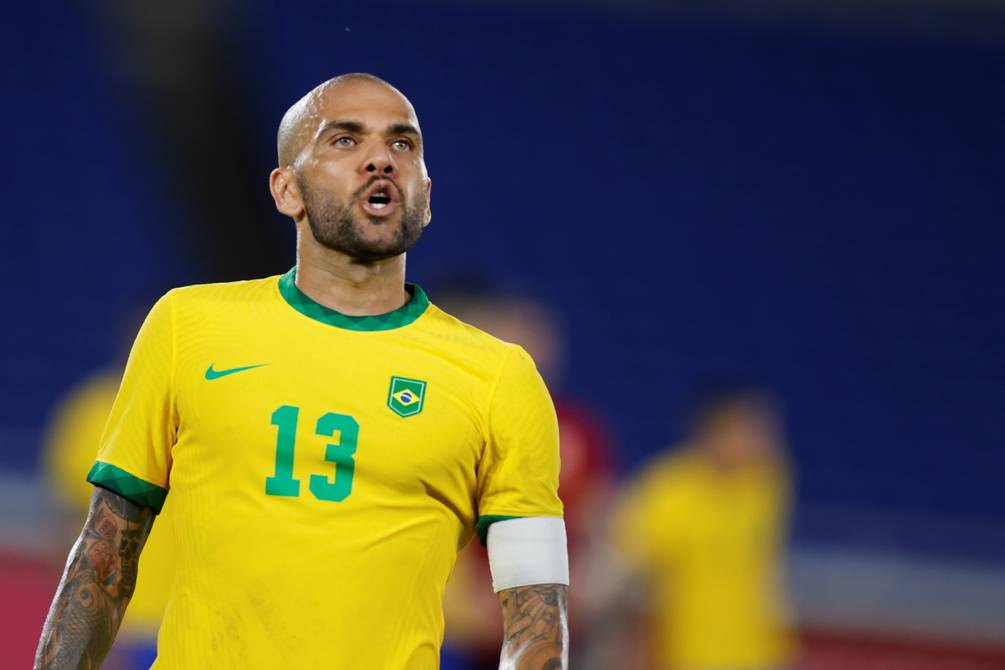 The brazilian Dani alves this Saturday enlarged a record that was already unique in the world after being able to captain his team until the gold medal at the Olympics, by defeating Spain (2-1) in the final, with which he achieved one of the titles he lacked and raised his account to 43.

At 38, the ex-footballer from Seville and Barcelona, ​​keeps his ambition intact. He is the oldest soccer medalist in history. He has played every minute (480+ the final) with Brazil and being important. Until the final, he leads his team in the statistics in recovering the ball, in decisive passes or well-executed dribbles.

And acting as captain, a fundamental role for Brazil to be able to revalidate the gold achieved in Rio 2016: “He has an impressive physical shape. His maturity speaks for itself; He is very experienced and lucid in his decisions. He is an example for all Brazilian athletes ”, his coach, André Jardine, highlighted the day before.

A Dani Alves who after the last match of the group stage against Saudi Arabia joked when asked by the international agency EFE about his illusion of competing in the Olympic Games. “Are you retiring me?” He said with his usual smile before assuring that “old rockers never die.”

And that is your goal. Extend his career as long as possible in search of rounding it off with 50 titles, among which the Qatar World Cup in 2022 stands out, a competition in which glory resists him.

And in Japan it has shown. 43 titles, but his ambition does not end there. American boxer Floyd Mayweather chased to win 50 fights while undefeated to retire, and Dani Alves does the same. With one goal between eyebrows: the next World Cup, the title that is missing from his album.

“I do not consider myself an old person, I will continue to fight. I just have more experience. My goal is to win the 2022 World Cup, I have never hidden it, “he said recently.

To do this, after 19 years of career in the elite, you must take care of your health. A knee injury in May took him out for a month and prevented him from entering Tite’s plans for the Copa América, although on the contrary it allowed him to be in top form for an Olympic Games of which he is champion.

1 Serie A in Italy

1 Copa do Nordeste in Brazil