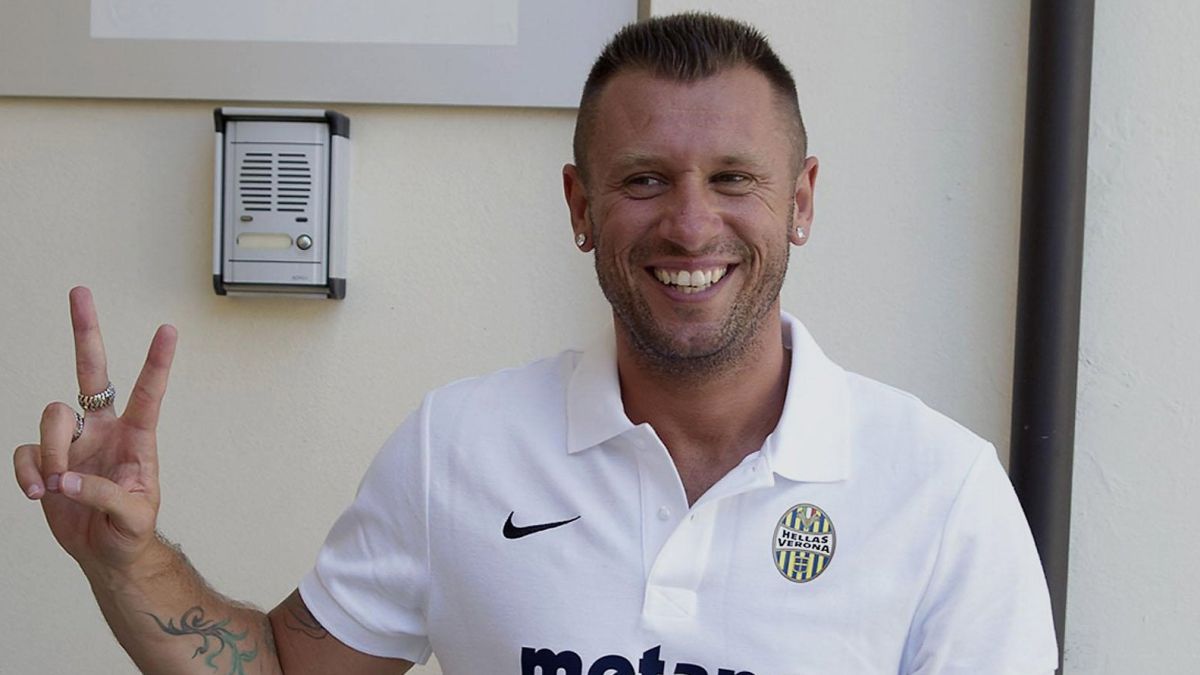 Antonio Cassano presented the Clásico between Real Madrid and Barcelona next Sunday in his own way. The former striker, speaking to ‘DAZN’ in Italy, gave his opinion on the players of the two teams, praising and criticizing without biting his tongue.

Courtois: “He is a great goalkeeper, but he has defects. He is not very brave, he does not like to play outside the area and it is difficult for him to touch the ball with his feet. He, Oblak and Alisson are three phenomena between the sticks, but if they have to go out with him ball or have more courage, they make a lot of mistakes.

Carvajal: “I like him a lot. He has an enormous consistency of performance. You see him little, but he is the typical player you should have there.”

Praise: “He is among the three best center-backs in the world, with Van Dijk and Koulibaly.”

Military: “I like him. It was difficult to replace Ramos, he has courage, but he has made some mistakes. It is difficult to play man to man all over the field with Madrid, I know that. For me he is not a top player, but he is very good” .

Mendy: “If you play in Madrid, under pressure every day, you must always show something different”.

Casemiro: “First of all, we have to congratulate Benítez who wanted him there. He reminds me of Makelele because of his intelligence and balance. Florentino was in love with Ronaldo Nazario, Figo, Zidane… But when Zizou bet on Casemiro, he won three Champions Leagues in a row . It’s not by chance”.

modric: “He joins Xavi, Iniesta and Pirlo among the best midfielders in the history of football, perhaps five also with Rijkaard. A genius.”

Kroos: “Another who won everything. It’s different, but very good. I also loved it with Germany, and if you have this level with Madrid for so long, you’re special.”

Asensio: “I liked him much more before the injury, then he lost something, he’s more afraid. Every two or three months Spain brings out phenomenal players.”

Vinicius: “He reminds me of Robinho. He knows how to play well, he faces the rival, but he reaches the last 20 meters and scores few goals. He doesn’t know how to shoot well, when you get there you have to have that goalscoring instinct and feel the goal.”

Benzema: “I don’t want to overdo it, but I say that: Ronaldo Nazario, Van Basten, Ibrahimovic, Benzema and Lewandowski are the nine most technical in the history of football. He spent nine years at Ronaldo’s service, he was like Pippen with Jordan, and when he left took the reins. This year he has already scored 30 goals…”.

Ter Stegen: “He is the evolution of Neuer, he has personality and he is not afraid of making mistakes with his feet. The way I see football, right now he is the best goalkeeper in the world”.

Danny Alves: “With Cafú and Maicon he has been the best in his position. I’ve seen him play and he seems like a kid despite his age”.

Pique: “A great player in the construction of the game, now with age he suffers a little more one-on-one. Barça’s plays often started with him”.

Araujo: “He needs to grow, but I like his bravery. He can improve.”

Jordi Alba: “It hurts me to remember Euro 2012 of him… Terrific. He’s a guy who signs 10 assists per season, who runs all the band with quality. You can’t say anything to him”.

Busquets: “There was never a better midfield in the history of football than the one made up with Xavi and Iniesta. I always compare him to De Rossi, who for me was a less good Busquets. And that is a great compliment, the Spaniard is never wrong, still It’s a phenomenon.”

DeJong: “I have to expect more from him. I don’t know if he will stay, in these two years he had to grow and be the best in the world in his position. He has the qualities to achieve it.”

Pedri: “When you see him play you wonder how old he is. He plays and knows how to make others play, he is decisive on the whole field. He will make history for the next 15 years.”

Gavi: “I want to congratulate Barça for their youngsters, it’s impressive. In 2004 I played in a great European Championship and this boy was born. My problem was that, after that tournament, I forgot to continue playing well…”.

Dembele: “I understand physical problems, but in the field you have to make a difference for what they paid you. I always think of him, Martial, Leao… A lot of smoke, and then something concrete is always missing.”

aubameyang: “He’s a good goalscorer, but Barça needs another striker. A Suárez, Higuaín, Benzema, Agüero, who score goals and also know how to play football”.

I brought: “He wasn’t a starter at Wolves… He’s a type of player I don’t see in Barça’s starting eleven. He can be a substitute, but the Barça substitutes must also be very good.”

memphis depay: “He is not up to Barça, he feels like Messi and Cristiano, you can tell from his attitude. He thinks so, but the reality is that it is difficult for him to play for Barça, at that level.”

“Courtois is not very brave”