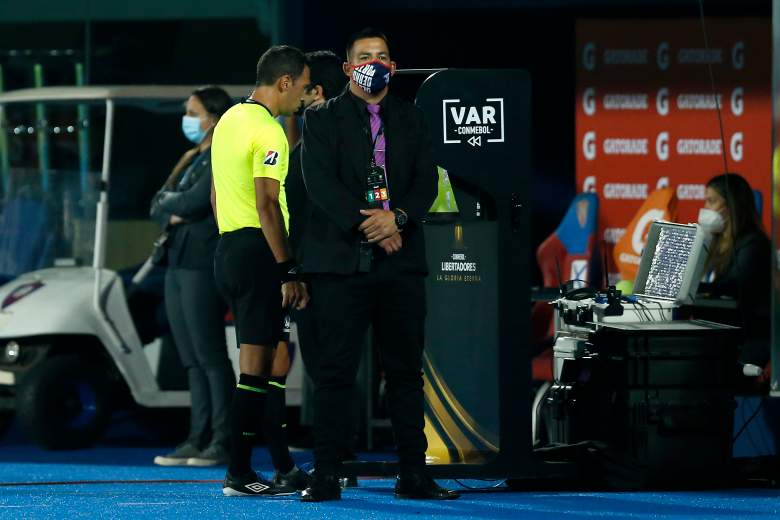 After finishing at America Cup, the VAR was at the center of the controversy once again in South American football and this time in the Copa Libertadores.

for his rude mistake during the match between Cerro Porteño and Fluminense. It all happened 40 minutes into the first half when Argentine striker Mauro Boselli made it 1-0 for the Paraguayan team.

However, the play was annulled by the referee Facundo Tello, at the request of his assistant Julio Fernández, for allegedly advanced position “without taking into account” the presence of a player in the “lower part of the screen”, as explained today by the Conmebol.

Through an audio broadcast on the networks between you can hear: “When checking the play with a very closed angle, it stops taking into account a defender who is in the lower part of the screen to set virtual lines and that would enable all the forwards characterizing an error in the final decision ”.

The error avoided that Cerro Porteño could take advantage in a game that ended up losing 2-0 and now has to prepare for the second leg at the Maracaná Stadium with a pass to the quarterfinals at stake.

Consequences of the error

After this video, the Paraguayan club issued a statement in which it demanded that the match be replayed.

On behalf of CONMEBOL, the VAR officials of this match and the confrontation between Boca Juniors and Atlético-MG were suspended by said entity. In a statement on Wednesday, this was made official by the Refereeing Committee.

Although it is unlikely that this request will not be approved by CONMEBOL, the distaste for the performance was very clear after this statement.

The Conmebol arbitration commission sanctioned Andres Rojas and Derliz López (referee and var of Boca vs Atlético Mineiro) and César Deischler, Eduardo Gamboa and Julio Fernández (Var, Avar and line 2 of Cerro Portero vs Fluminense) for an indefinite period. pic.twitter.com/MB1LnLwECa

Cerro’s coach, Francisco Arce, exploded in anger at a press conference over the controversial decision: “It was a very obvious mistake. Very clear. It is impossible that they have not noticed, at least those who were doing the VAR up there. Also the line with this new concept that we wait until the end to be able to lift, lifted very quickly ”.

He continued: “They owe us an apology. There are so many, so much is invested. Sometimes they even invite us to participate in seminars, talks, but honestly, they deliberately robbed us at our own home, ”he concluded.

READ MORE: Tokyo faces a serious crisis before the start of the Olympics