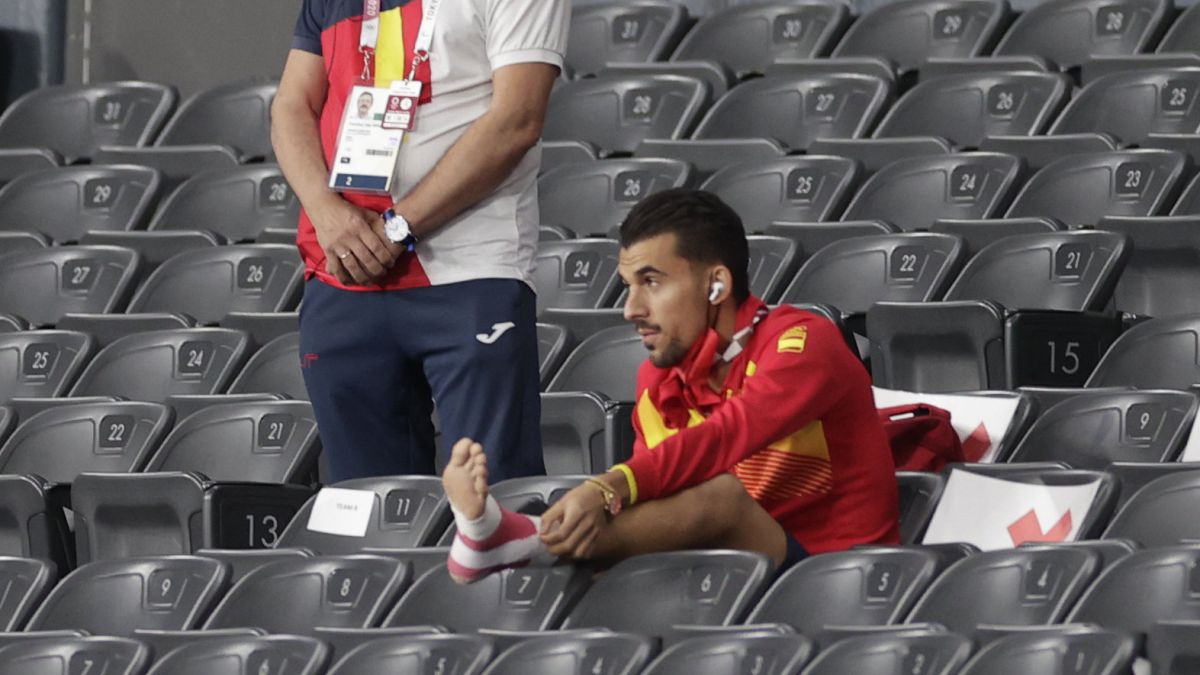 Dani Ceballos and Óscar Mingueza, the two injured from Spain, have undergone medical tests on Monday upon arrival at the Olympic Village (the Olympic soccer team has traveled from Sapporo to Tokyo). The Utreran underwent an MRI and the defender, an ultrasound. Both have confirmed what the doctor had diagnosed in the first scans of these days. The Federation, in an official note, confirmed the news advanced by AS.

On the one hand, Ceballos suffers a grade II sprain to his left ankle, as a result of the very strong tackle he suffered in the game against Egypt. Under normal conditions, the estimated sick time is between three and four weeks for such a condition. In other words, the remainder of the Games would be lost. That’s what logic says, but The Utrera is willing to exhaust every last chance he has to play again for a minute in this championship. He has been crushing himself in physiotherapy sessions for days, enduring a lot of pain to shorten the deadlines as much as possible. In any case, he is completely ruled out for the game against Argentina and it is almost impossible for him to reach the hypothetical quarters as well.

His options to return would already be in case Spain reaches the semifinals or the final, but it is also something very complicated, which could be described as a feat if it succeeds. The Utrera squeezes every little chance he has because he has been waiting for these Games for a long time, he arrived at the best moment of his life and he does not want to give them up so soon.

In the case of Mingueza, it is confirmed that it has no breakage. Prudence was key, because when he noticed the discomfort in his hamstrings in the premiere against Egypt, his teammates forced him to drop to the ground and ask for the change. That prevented further injury from occurring. Right now, he can force and return against Argentina, although it remains in the hands of the coach and the player himself if they decide to risk or opt for prudence, he waits for one more game and prepares to reach the top of a hypothetical quarter-final cross.

The coach wanted to “thank José Antonio (doctor) and Alex (physiotherapist) for the great work they are doing, especially with the most seriously injured, but not only with them. After each game there are blows or small problems that They are solving with their work and their lack of hours of rest. They are phenomena, “he explained.

“I also want to highlight the commitment of the players by complying with everything that is asked of them and carrying out all the treatments that are indicated without doubting at any time and with total dedication”added the coach.