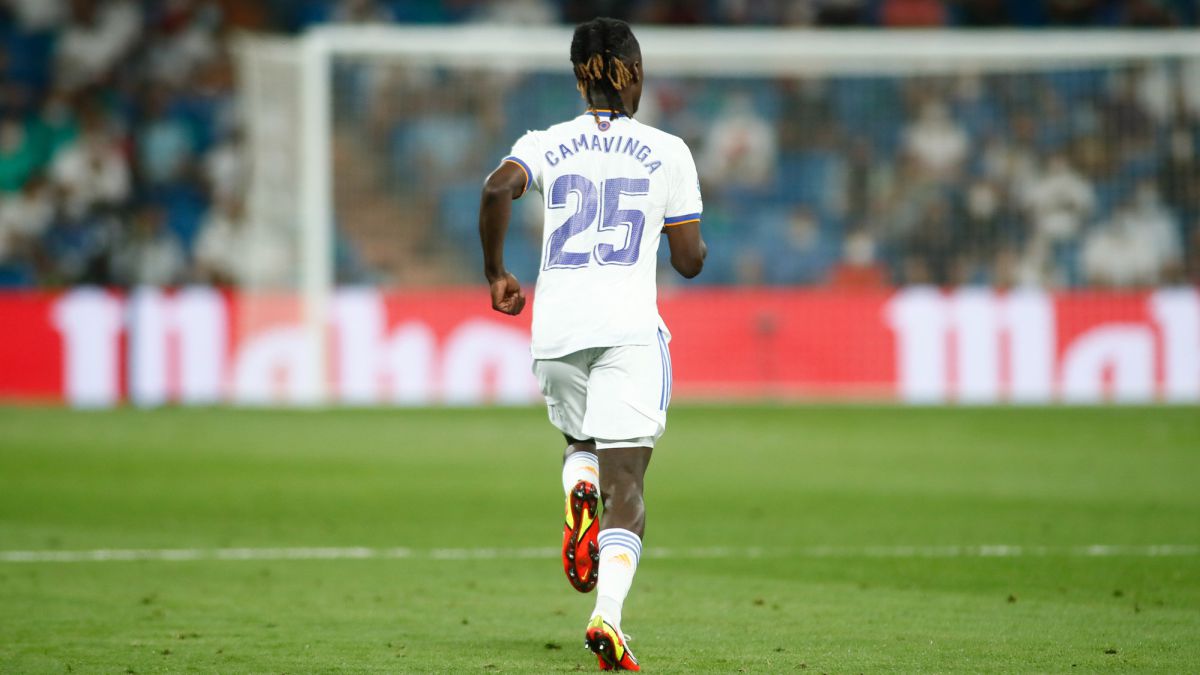 Eduardo Camavinga has landed standing up at Real Madrid. In the two games in which he has been able to participate since he joined the white team, two conclusions have become clear: Ancelotti has already counted on him and he knows how to earn those opportunities by being decisive. And so decisive: a goal and an assist in just 34 minutes for the Franco-Angolan, who arrived on the last market day from Rennes in exchange for a fixed € 30 million (and another 15 for goals).

Against Celta, he knew how to be on the spot and at the moment to take advantage of the goalkeeper’s rejection after a great move by Modric, finished off with a shot from the Croatian; Camavinga only had to push it to goal. At that time, Madrid was already rowing in favor of the current, with Celta smashed after having put the whites in serious trouble; against Inter was another story. He came out to revitalize the midfield in the final minutes and in passing served an excellent assist, after a good combination with Valverde, for Rodrygo to score.

A move that seemed spontaneous, a spark of genius, but had its substance. “When I was going to enter the field, Ancelotti told me that there were many spaces, that I had to take advantage of them, be a box-to-box (from area to area), and that’s what I did. I learned the play of the goal and practiced it at Rennes, with Mathieu Le Scornet “.

The current assistant coach of Strasbourg, formerly in the Rennes training structure and who met Camavinga when he was 10 years old, confirmed in statements to Eurosport the wonderful qualities that he appreciates in whoever his pupil was: “When he has confidence, his qualities stand out much more, especially if he feels there is a challenge. At 18 he is already a strong player, who seeks to mark the difference by passing or haggling. And he has a real thirst to learn. And with the experience that he will acquire with Modric, Casemiro and Kroos … “, explains Le Scornet.

What is the best position for Camavinga? Le Scornet sheds light on the matter: “He’s an 8 plus! We’re talking 9 1/2. He’s an 8 plus. Or an 8 1/2 if you want. When he’s really strong is when he starts from behind. Typical action is what happened on Wednesday. That’s it. he”.

They are not the only words around Camavinga these days when he is taking his first steps at Madrid. His former coach at Rennes, Bruno Genesio, also explained his vision of the leap that the medium has taken: “Here it was difficult for him. It was also difficult for us to see him like this because we all wanted him to be okay. And, in my opinion, it was not right. The best solution would have been for him to stay one more year to extend his contract. But in hindsight, I think it’s good that he’s going abroad. It is where it deserves to be. “

Ancelotti does not loosen with Camavinga

“He needed to clarify, find a different challenge. Now it is his turn to demonstrate on the field of play and he has to give everything to succeed there. He often told her that qualities were not lost overnight. In certain contexts, he made things more difficult, but he’s talented and hard-working. He has everything to be successful, “says Genesio in L’Équipe, referring to his disappointing 2020-21 season, after bursting into the 2019-20 with great force.

Now Camavinga can only wait for his first opportunity to play from the starting eleven. Ancelotti has already shown that he takes him into account as part of the first line of rotation, but also squeezes him to polish his impurities: “He is very young and has quality, that’s why we have signed him. We have to be patient with him, so that he has the opportunity to progress well. The defensive aspect has to improve it and it will do so for sure in the future. “Valverde and Casemiro accumulate fatigue and kilometers after the national team break in August-September; Modric, at 36, also needs to dose. So it is not ruled out that this opportunity comes this Sunday, against Valencia.