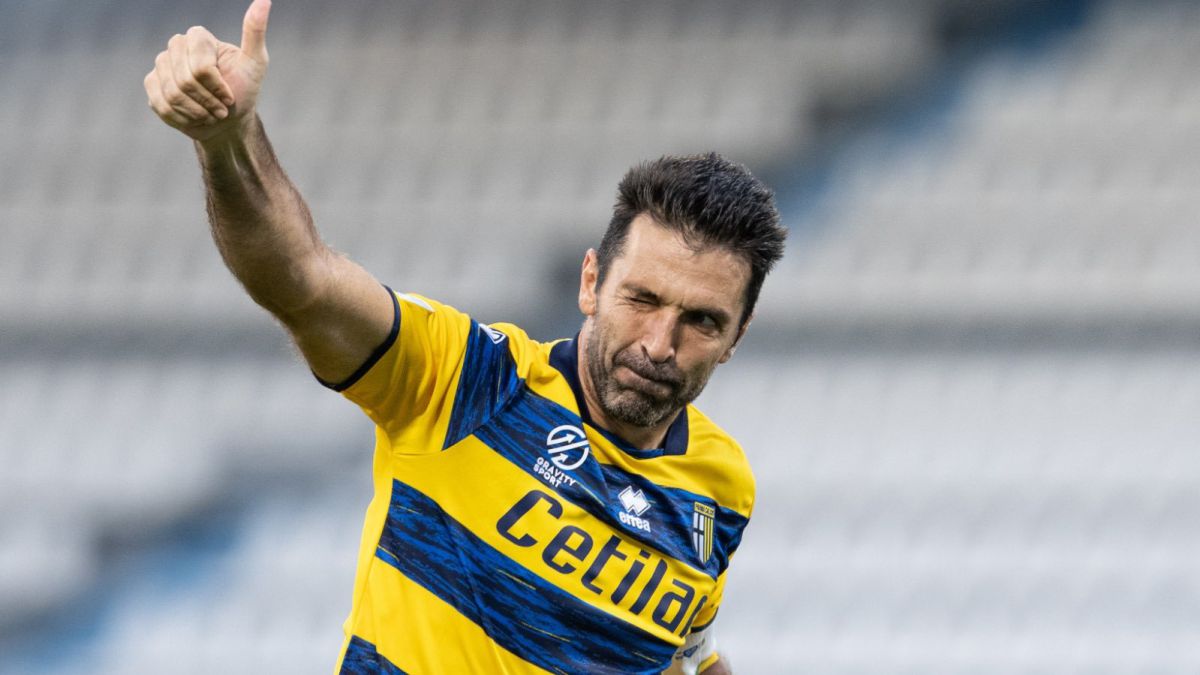 Gianluigi Buffon continues to enlarge his legend. He recently blew out the candles on his 44th birthday, but the Italian goalkeeper, a competitive animal hard to compare, continues to add pages to his creditable book of exploits. The last one, almost as a self-gift, that of being the first in the written history of football to reach 500 clean sheetsafter putting the padlock on Parma’s goal against Benevento.

This, to do it defending the colors gialloblu with which he showed himself to the planet, adds a romantic component that raises the specialty of the deed. The age is already a separate case. When many expected his retirement, Buffon has once again said ‘here I am’. Iker Casillas, 40 years old, Petr Cech, 39, or Julio César, 42, to name a few contemporary goalkeepers, are already retired. But the portiere of Parma is a separate thing. Like Cristiano Ronaldo, he has an indomitable spirit.

“It’s funny when they write your obituary and then you prove them wrong. Now they can go to my funeral but they won’t find anyone there. This is what I live for, to make people eat their words. I can play until I’m 65 years”, affirmed the one from Carrara, cHis service record already exceeds 1,000 games at the first level. Specifically, 1,127: 971 at club level, between Parma, Juventus (in two stages) and PSG; and 156 with the Italian team.

“I’m surprised he has never won the Ballon d’Or in his career.. He deserves it for everything he has done. For me, he is the best goalkeeper in the history of football. He is an icon of football, a true legend”, said Leo Bonucci about him. To these compliments are added others such as Marcello Lippi, coach at Juventus and the Azzurra: “He has been the best throughout his career.”

A brilliant career with a mole

Buffon’s showcases overflow and shine: ten Shieldssix Coppasseven Italian Super Cups, a World Cup, a Ligue 1, a French Super Cup, a UEFA Cup, a U21 European Championship and even a Series B, when he professed his love bianconeriwithout leaving Juvenuts after the Moggigate. But the Italian will take the path of retirement with a thorn stuck forever: the Champions League. A dream turned into a nightmare. Three finals and three defeats, against Milan (2003), Barcelona (2015) and Real Madrid (2017).

HISTORICAL RECORD – Buffon (648) surpasses Maldini (647) today and becomes the player with the most appearances in ALL Serie A history.

Gigi debuted in the first division on November 19, 1995. “The Devil Dressed in Blue” had just been released and Laura Pausini was beginning to play. pic.twitter.com/aWZW3KGAy0

But yes, that blur can be covered with his particular Guinness Book of Records Gianluigi. Apart from the last one, in 2016 he shattered the all-time unbeaten record de Rossi in Serie A. Three years later, in 2019, he was the first to raise nine Shields, the one with the most. In 2020, he surpassed Paolo Maldini as the player with the most appearances in Serie A. “Retirement is a chill that runs through your body. Stopping playing will be like dying,” said Buffon in 2018. For the moment, the myth continues to beat.