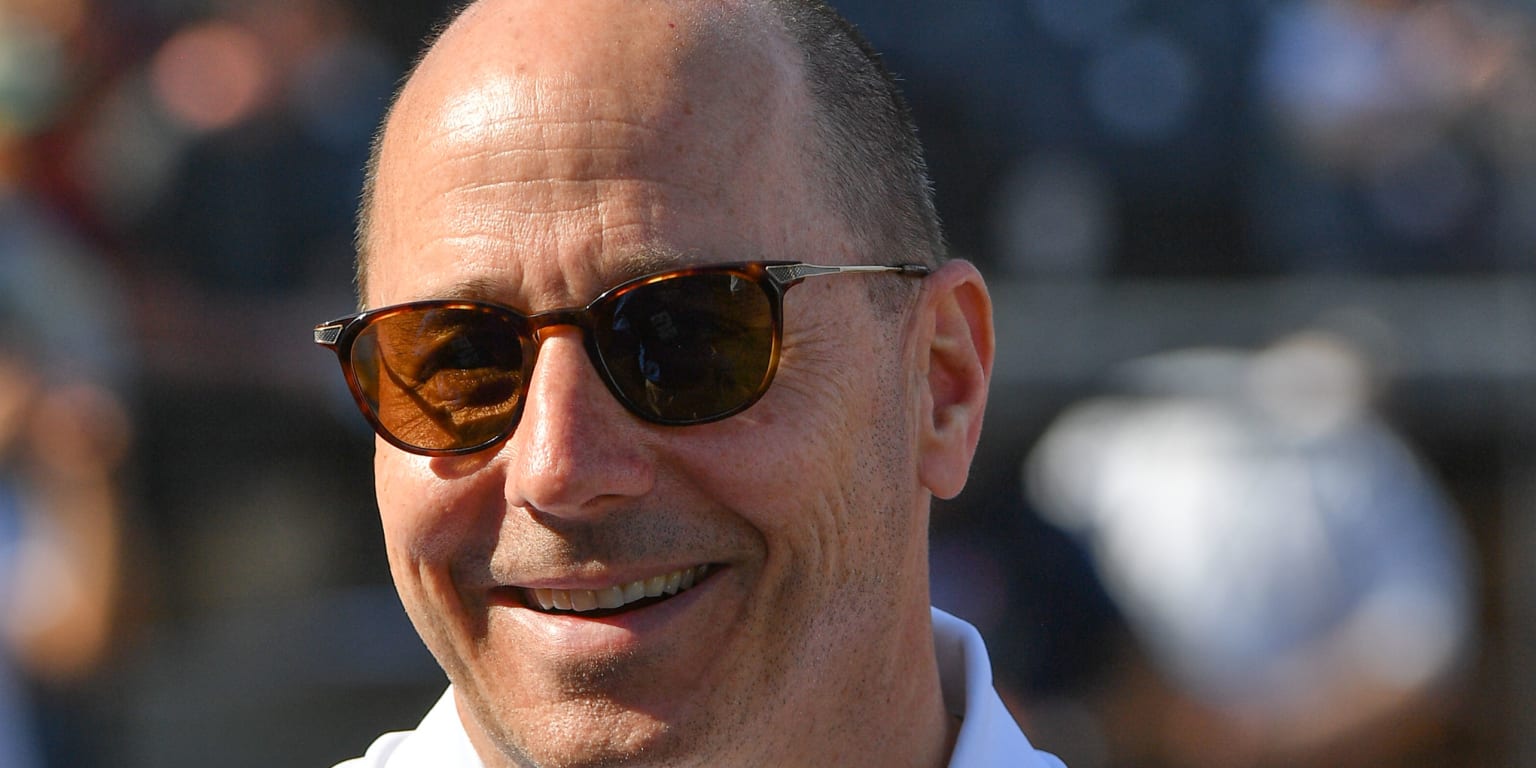 The title may change depending on the team. Whether it’s general manager, president of baseball operations or director of baseball, every Major League team has one person who ends up being primarily responsible for the product presented on the field. There is not much job security in a position like this.

However, Brian Cashman has managed to hold onto the position. On February 3, 1998, Cashman was named as Bob Watson’s successor as general manager of the Yankees. Two decades later, he still has the reins of the team.

Cashman is one of the longest-tenured GMs in the Majors. Here’s a breakdown of the 10 longest lasting, starting with longest to shortest.

(Note: Several teams have a general manager and president of baseball operations. This list includes only those executives who are head of field operations, regardless of their position title. The date is according to the day they assumed said position).

one) Billy Beane, A’s — Oct. 17, 1997
Thanks in part to Michael Lewis’s book “Moneyball” and the movie starring Brad Pitt, Beane became the face of the sabermetric revolution that changed Major League Baseball in the 21st century. Beane has failed to win a World Series with Oakland, but the club has remained competitive despite payroll cuts. In 2015, Beane was promoted to executive vice president of baseball operations.

2) Brian Cashman, Yankees – February 3, 1998
Led by Cashman, the Yankees have made 20 postseason appearances in 24 seasons, winning four World Series and six AL pennants in that span. New York’s ample budget certainly gives Cashman a significant advantage in building a roster, but it’s surprising that the team hasn’t had a losing record season under him.

3) Ken Williams, White Sox – October 24, 2000
General manager Rick Hahn now controls the White Sox’s day-to-day baseball operations, but Williams remains very much in control as the team’s executive vice president; a position he has held since 2012. Williams became the third African-American general manager in American and National League history in 2000. He won the World Series in 2005.

4) Jon Daniels, Rangers – October 4, 2005
At 28 years and 41 days, Daniels became the youngest general manager in American and National League history when he was named as John Hart’s successor in 2005. With the acquisitions of Josh Hamilton, Nelson Cruz and Neftalí Feliz, Elvis Andrus and Cliff Lee, in addition to hiring Ron Washington as manager, Daniels built a team that attended two World Series in a row in 2010 and 2011. He was named president of baseball operations in 2013.

5) Dayton Moore, Royals – June 8, 2006
When Moore became general manager of the Royals in 2006, the club hadn’t reached the postseason in more than 20 years. It took time, but eventually he built a team — with a base of Alex Gordon, Mike Moustakas, Eric Hosmer and Salvador Pérez — that won two straight American League pennants in 2014 and 2015, winning the World Series in that second. chance. The Royals named him president of baseball operations in 2015.

6) John Mozeliak, Cardinals – Oct. 30, 2007
Now president of baseball operations, Mozeliak came to the Cardinals after the 1995 season and eventually became director of scouting, overseeing the amateur draft in which the team selected Albert Pujols and Yadier Molina, before From serving as assistant general manager, he reported to Walt Jocketty for six seasons. When the Cardinals cut ties with Jocketty in 2007, Mozeliak took over as the new GM. St. Louis won the World Series in 2011 and Mozeliak has helped the team stay competitive following the departures of Pujols and Tony La Russa as manager. In the last 10 years, the Cardinals have qualified for seven postseasons and have won four division titles and one National League pennant.

7) Mike Rizzo, Nationals – March 4, 2009
The Nationals’ organization was a mess at the time of Rizzo’s arrival at GM in 2009, but he helped turn things around with some solid amateur draft picks (Stephen Strasburg, Bryce Harper, Anthony Rendon), signings in free agency (Max Scherzer, Jayson Werth) and trade acquisitions (Trea Turner, Gio González). Harper left after the 2018 season, but the promotion of Juan Soto allowed the club to make up for the loss and they went on to win the 2019 World Series.

8) AJ Preller, Padres – August 6, 2014
Preller hasn’t turned the Padres into a perennial competitor (so far), but his internship has been anything but boring. He has earned a reputation as one of the most aggressive managers in baseball, beginning with the 2014-15 offseason, in which San Diego acquired Justin Upton, Matt Kemp, Craig Kimbrel and James Shields. After a disappointing 2015 season, Preller quickly focused on a rebuild that led to the acquisition of Fernando Tatis Jr., who had not played his first professional game when San Diego acquired him in a trade from the White Sox for James Shields. Along with Manny Machado, San Diego boasts one of the most explosive pairings in baseball.

9) Andrew Friedman, Dodgers – October 14, 2014
Friedman proved his ability as a GM after turning the Rays from a consistent rogue team to a contender in his first three years at the helm. After posting a losing record in each of their first 10 seasons, the Rays reached the postseason four times in six years from 2008-2013, reaching the World Series once. Friedman became the Dodgers’ president of baseball operations in 2014, during which time Los Angeles has become a banner of excellence, winning six division titles, three NL pennants and one World Series.

10) Al Ávila, Tigres – August 4, 2015
With Dave Dombrowski in charge, the Tigers made five postseason appearances and reached two World Series between 2006 and 2014, but when things started to take a turn for the worse, Detroit cut ties with him in 2015. Avila took to the shops to begin a rebuilding process, with trades of Justin Verlander, JD Martinez, Nick Castellanos and Justin Upton. The Tigers took first place in the Amateur Draft in 2018 and 2020, but the team began to show signs of improvement in 2021, finishing with a record of 77-85; his best since 2016

The GGs who have been in charge the longest