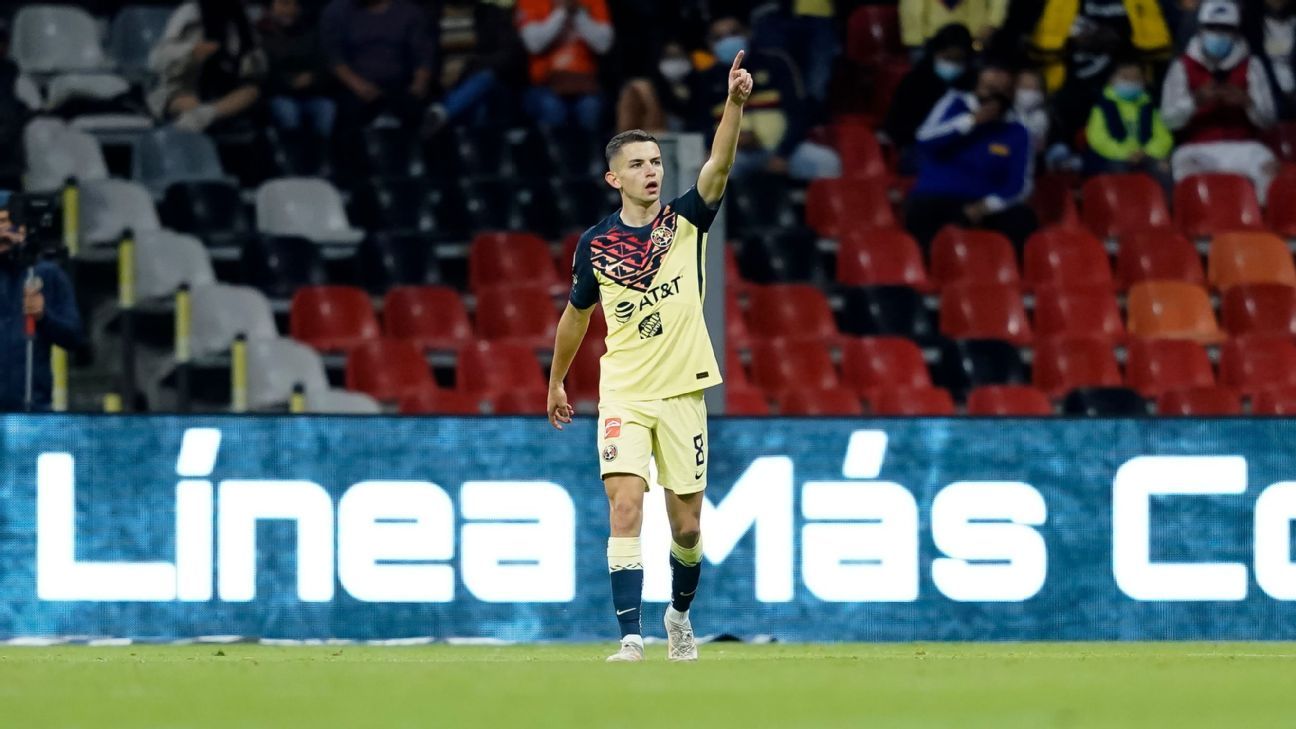 The Spanish Alvaro Fidalgo accepted that his arrival at America was frowned upon by some people, mainly by legends and former players of the team, who questioned his level and quality to wear the shirt. However, after a season and a half with the Eagles and with three goals scored in this tournament, he hopes to have changed the criticism.

“They did not know me and it is also not to get to any club, it is to America. He is the biggest here and they are used to having big name signings. I am aware of what is said about me, good and bad. At first when I arrived I saw former players acquaintances, whom I have always seen in soccer, who said things and I laughed. That is their opinion and that they let me speak on the court. What they said about me or not, maybe they changed their opinion, “he said.

At a press conference, the footballer trained at Real Madrid asserted that his personality has managed to put the comments made on his game aside thanks to the training that he takes at the White House and made it clear that what he does is “For me, the team and the fans.”

“In Madrid since you were a kid you have to fight for a position, that at the end of the year you have the cut and it is to know if you continue or not, and that gives you a level of competence, to be at the maximum each training session, to know how to take the pressure. I must have enough personality so that it does not affect. You have to have personality and character to accept criticism and you cannot take it the wrong way. Everyone has their opinion. I don’t know if someone saw me playing second in Spain or not, but I was on a level and I was prepared for this. I showed what I do and it is important ”, he explained.

Fidalgo It has become one of the pillars of the Coapa team, which marches in the first position of the Apertura 2021 and will play the final of the Concacaf Champions League. Given this, the flyer was forceful in stating that the squad is still far from knowing its ceiling.

“I don’t know if the team has a ceiling, because every day we train to continue improving what I think we should improve and we try to give our best every game, training to find the best version and whoever plays is always well and the team gives its best, we give results, we give a good image and in the end it is no coincidence that we have such a great streak that we have carried out ”, he commented on the defensive level they have as they are the team with the fewest goals conceded.

Alvaro Fidalgo came as a loan from CD Castellón in exchange for less than half a million euros, but its performance caused the America validate the purchase option and sign the young midfielder and give him a contract until 2024.