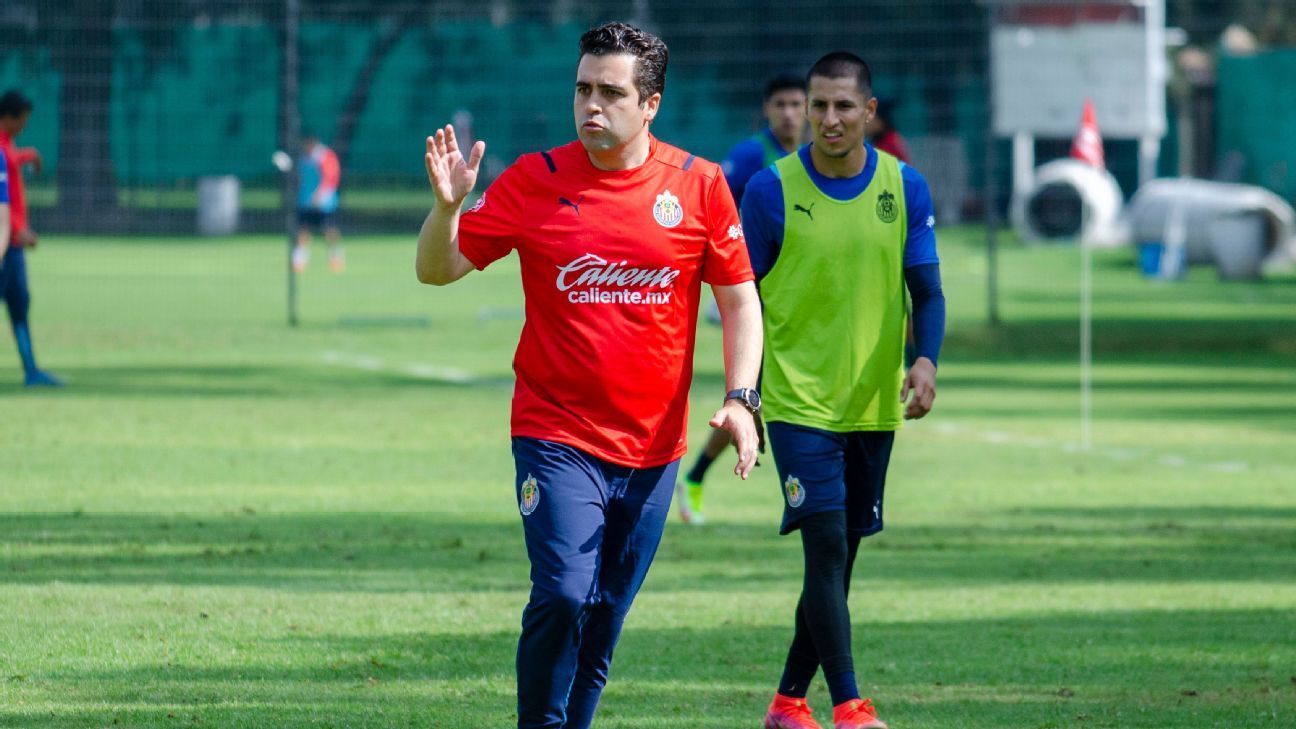 Martín Salcedo, Leaño’s assistant in Zacatepec, does not forget Marcelo’s great technical talks that he gave to the players before each game.

Marcelo Michel Leaño has a short career as a technical director. However, his methodology is clear, which consists of trying to bring the everyday to the day of the game, in addition to making the player see how privileged he is for dedicating himself to football. It does not matter if it is a question of walking through a pantheon at dawn, to make people understand that they must enjoy the moment; or to take off the shoes of one of his clients in an effort to feel the emotion of what it means to go out onto the court to kick the ball.

Martin Salcedo, who was an assistant to Marcelo Leaño In Zacatepec and Necaxa, he was a witness to that methodology, the one that has nothing of improvisation. During the week, the current interim coach of Chivas, he releases clues in his training sessions or speeches and before the game, in the tactical talk, the player understands the reason for everything that was handled in the previous days.

“He invites me at dawn to go for a walk through the Zacatepec pantheon,” Salcedo recalls about the night before the quarter-final match against León in the MX Cup of the Clausura 2018. “I was meeting Marcelo, I met him in the practical part, on the court, but whoever invited me to walk to the Zacatepec pantheon, you say ‘What’s going on?’

That night, Salcedo and Marcelo Leaño They went out to dinner to prepare for the game. Later they went to the pantheon. They parked their cars, got out of them and started a short walk in the middle of graves, until the youthful coach broke the silence.

“It is unfortunate that such a beautiful square, so soccer, so emotional, where there has always been a lot of passion, these people can no longer participate in this event.”

Martín went home with the reflection that Leaño had left him, not knowing that the next day, before the game, that experience would be the basis of his tactical talk.

“He asks me, ‘What did you feel and what did you experience walking through the pantheon?’ Players who were used to focusing their attention on Leaño, they turned with Salcedo. “Yes, it is a very sad situation, that these people cannot be participating in this event, in this match …”, at that moment Marcelo cut Martín off to conclude. “We are going to make some lions, we are going to be there, we are going to participate for those who are truly alive and can enjoy this moment. You are very fortunate to be in this situation ”, were his words before the players came out to surprise and eliminate León.

“I think he must have thought about it and not to have it only as a visualization, which remains in your mind. No. Live it. Live it, feel it, walk. Personally it is a surprise of ‘what am I doing in these hours in the pantheon, like what for’, but you give it meaning and the correct route when you are with the players. It is aimed at what you value the moment, that right now you are a footballer, that you are going to give people your effort, your enthusiasm and make an empathy with them “, concluded Salcedo, who claims not to have experienced something similar in his career, in the one that has passed through the technical bodies of Miguel Herrera, Ricardo La Volpe or Tomás Boy, among others.

That scene is not the only one that marked Martín while he was a technical assistant for Marcelo Leaño. Salcedo has in mind one that happened frequently in the locker room in which he tried to make the footballers notice that they were privileged.

“There are times when he would sit down and take off someone’s soccer shoes and say ‘give me your shoes because I want to feel what you are feeling right now. I want to be as excited as you are to put on my shoes and go out on the pitch and play like a lion, because that’s who we are. ‘ It has those kinds of details, of situations that are not funny at all, they take you to real life, to reflection and it leads you to that, to what values ​​and to take advantage of the moment ”.

Martin Salcedo, who considers that Leaño’s talks are among the best he has witnessed, has in mind a phrase from the strategist that marks the methodology of the current interim coach of Chivas. “You have to give and return football to the players, who are the owners”, same that Salcedo explains.

“We have a methodology based on the physical, based on the possession of the ball, based on numerical superiority, based on being dominant, that is, many situations that you can handle, but where is football? What time are we going to play?

“I’m going to give you something back that exploits your talent, your creativity, your versatility with the ball. He handles a lot the situation that soccer got into your veins in the streets, in the coladeritas, with your friends and you did not know anything about those methodologies, nobody told you about it. What they told you about was the passion and taste for playing ”.