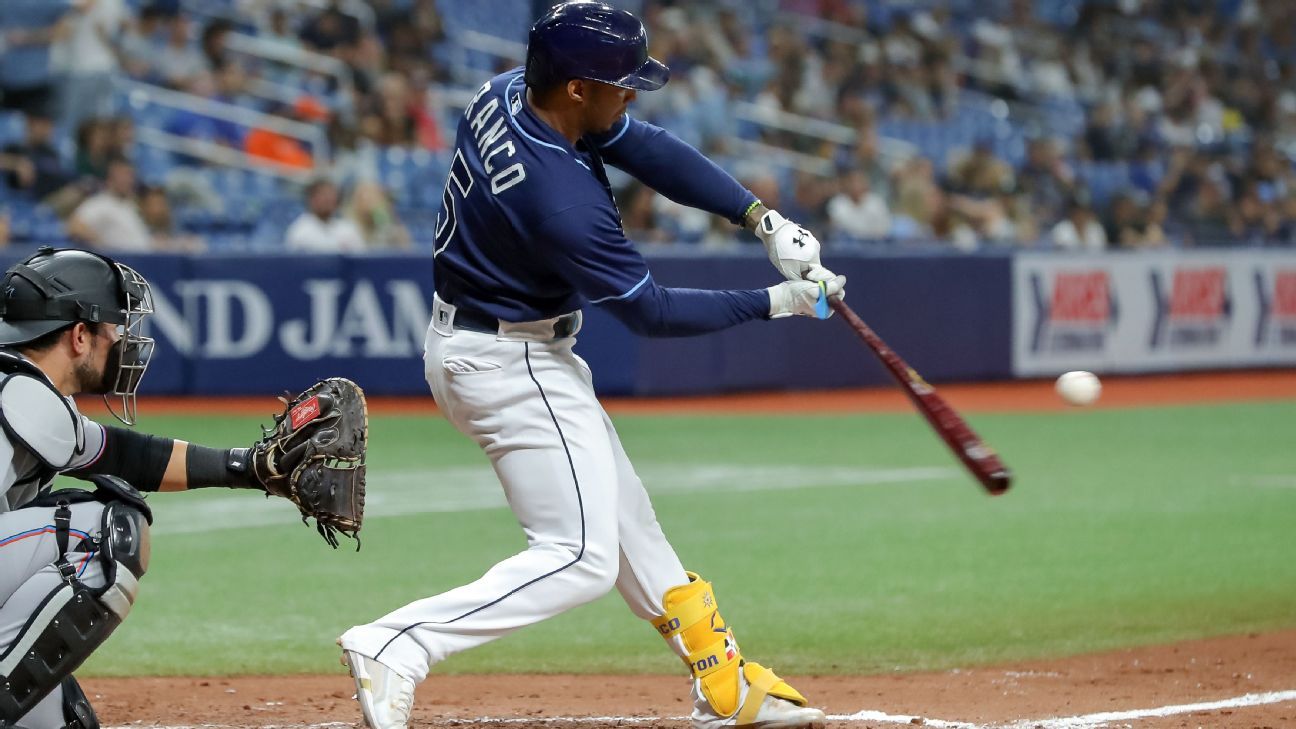 The Rays, leaders of the AL East Division and who began a three-game series with the Miami Marlins on Friday, secured a postseason ticket Thursday.

He was featured as second bat and shortstop in the lineup for Friday. In the sixth inning, he was walked to 40 straight games by reaching base.

“I actually feel like this is my debut,” said the Dominican. “It is something similar to that feeling. I am ready to help the team win. “

Franco had extended his straight-game streak to 39 before dropping out against the Detroit Tigers in the first inning on Sept. 10.

With one out, Franco singled. His compatriot Nelson Cruz continued the attack with a double, but Franco limped to third base. After being scrutinized by the team’s coaches, Franco exited the match and was replaced at shortstop by Joey Wendle.

Franco’s on-base streak is the second-longest in major league history for a player under the age of 21. Frank Robinson set the record with a 43-game streak in 1956.