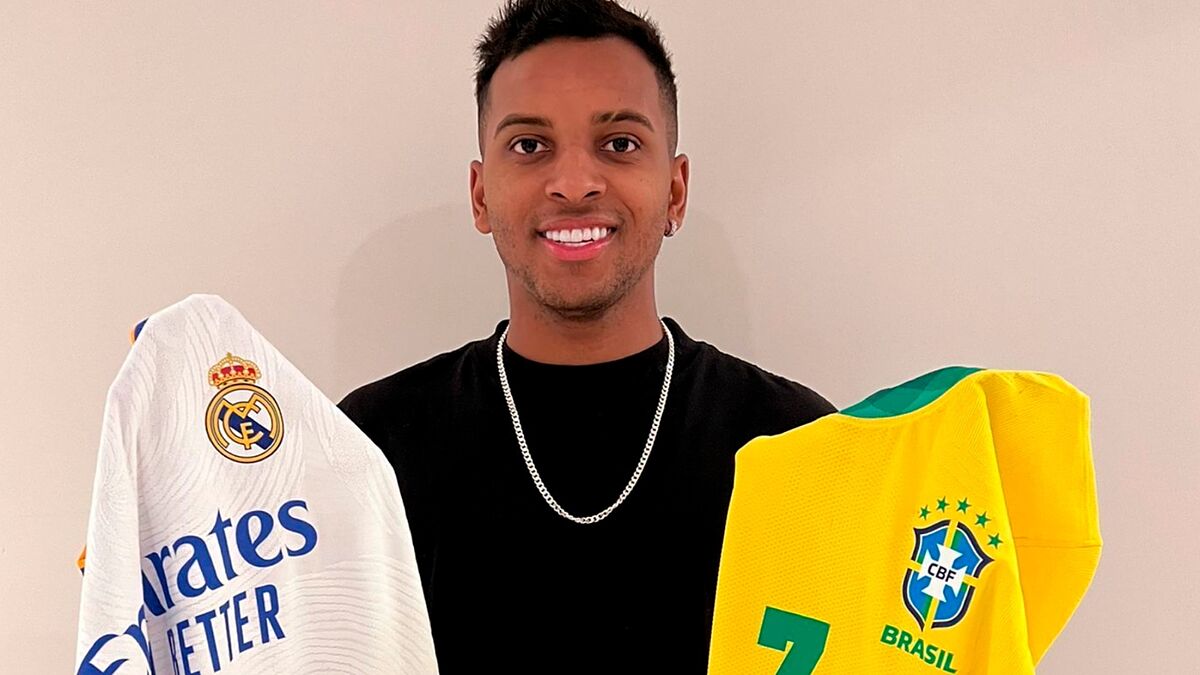 Tomorrow, January 9, Rodrygo Goes will be 21 years old, the same ones that are shown on its number, and one less than the 22 that it shows us this year that has just begun. The Madrid player is happy in Spain, and wants to continue accumulating minutes and helping his team grow.

The birthday will come after tonight’s game, in which Rodrygo, again, aspires to be the starter, Maximum taking into account the good performance he had in the cup qualification against Alcoyano. On Wednesday, the Brazilian forward assisted the first goal, in a corner well launched at the near post for Militao’s header. Then he also participated in the second goal (1-2).

Rodrygo has started the year happy and happy. In his networks he could be seen this Christmas with his family and the plyade of friends who visited him in Madrid. Rodry is a very religious person and thanks God for all the good times. He, who came out of humility, has been happy since one day the club went looking for Santos. It was the beginning of a dream that he wants to continue fulfilling in this year 2022.

Rodrygo is ambitious, but he also knows how to position himself well in his space. He knows that being the undisputed starter at the club is not easy, but he bets in every game to show Ancelotti that the right wing can be his. It is one of his new year’s resolutions: have more minutes with the white team.

Its location on the right wing is not accidental. With Vinicius on the left and Benzema in the center, the right is the only location that usually ‘dance’. And there has always been the player.

The next challenge is be at the World Cup in Qatar with your National Team. At the moment, Rodry enters and leaves the calls of his country, although, in the absolute, he has not managed to settle in a fixed way (3 caps and zero goals). The November-December World Cup is on the horizon. Rodrygo knows that the passport for this call is to have quality minutes with the white shirt. There is no other … and that is why this 2022 will be crucial. EE

There may be players just as familiar as Rodrygo, but no more than him. In addition to the friends who usually visit him from Brazil, the boy’s mainstay is his mother, Denise, and her dad, Eric, who was also a professional player, as well as Nick Arcuri (Unique Football), your agent and right hand man. With them he consults everything, and to them he owes his habitual good disposition and his religious education. “If they are fine, Rodrygo is fine,” they often say in their family environment.

without cession or anything else

He is a very humble boy, low-profile, because of his way of relating – he’s quiet and not much given to noise – but high-profile in ambition. At almost 21 years old, he wants a spectacular year and those who place him on loan or out of the club are not right. The contract ends in 2025 and for now he is not considering aspiring to a hypothetical renewal.

It is not by chance that some turn to Rodrygo with the nickname of Mster Champions. The Brazilian’s European numbers are very good, and the former Santos striker hopes to continue adding in this Champions League. But, for now, their total numbers, in the three Champions contested, are: 21 games, seven goals and nine assists. A record made in 938 minutes of play since the 19-20 season.

In the present Champions, Rodry has played five games -three of them as a starter-, with two goals and as many assists in 289 minutes, which leads to an average number of goal participations every 72 minutes. Overall, in this campaign, Goes has appeared in 22 games, with two targets and four final passes in 950 minutes. One participation in goals every 158 minutes. The numbers are not bad but it is clear that the boy’s fetish competition, for now, is the Champions League … and there are eighths left against PSG.

A crucial 2022 for Rodrygo: ownership with Madrid and World Cup with Brazil