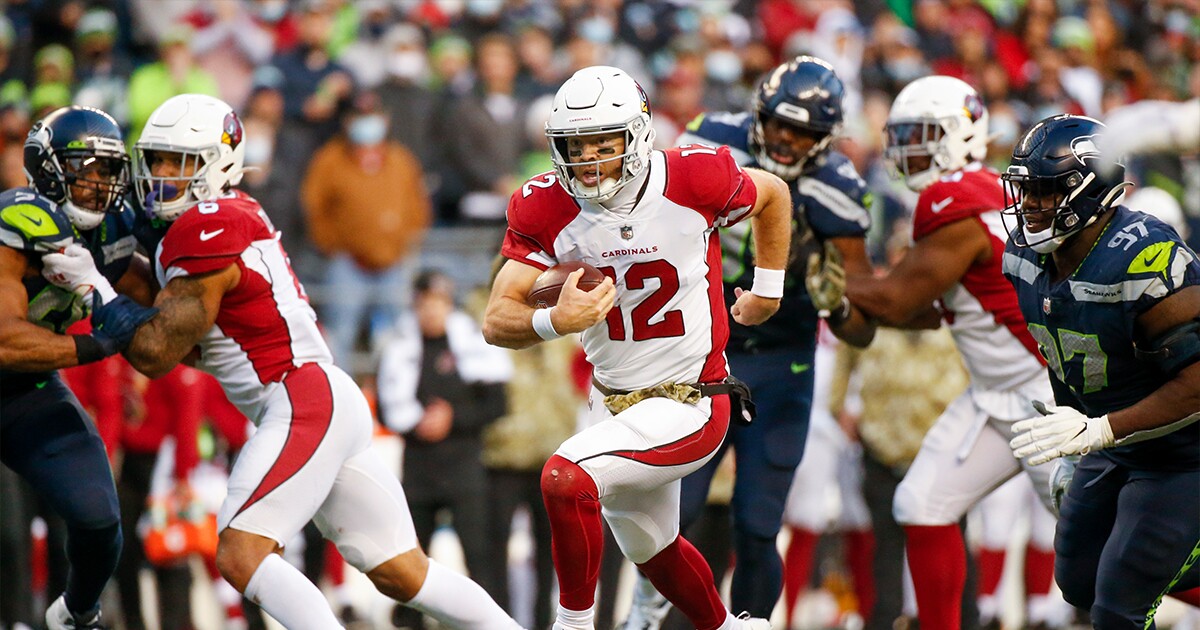 The line of victories for Arizona this season it was 8.5 before the season started in almost all bookmakers. Which reflects that not even in the casinos of Las Vegas (who tend to be stupidly accurate people about these things) they waited for the season that the Cardinals.

Titans, Vikings, Rams, 49ers and Browns they were 5 of his first 6 rivals. All recent participants in the playoffs and with some very high-level unit (offensive or defensive) for this 2021. Thinking that they could lose those five games was not impossible, winning 2 or 3 was a more realistic scenario, but winning all if you saw as something, almost, unattainable.

Broncos
and a nod to Aaron Rodgers?

Not only did they all win them, but except for the game vs. 49ers, in each of them they scored more than 30 points, they looked dominant. A trend that lasted most of the first half of the season.

They arrived undefeated at week 8, where they finally fell to the

Packers
by Aaron Rodgers but they did it for three points only and because AJ Green had a monumental error late in the game. He would not exist, but it is impossible to help but think that if Green had done what was required of him (which was nothing from another world) Arizona would have continued without defeat.

With 13 seconds left, Douglas intercepts and AJ Green never looked at the ball looking for him for the winning touchdown. pic.twitter.com/NuGPeV8Lqb

That game against Packers It was not only to leave the quality of undefeated, it also meant the loss of several players: Kyler Murray has not played since, neither has DeAndre Hopkins, AJ Green was touched and it took two weeks to get back to 100%. A week earlier, JJ Watt was out for the rest of 2021 as well. Despite all the injuries, they beat the 49ers in their next game, a divisional game that is always complex.

Later they suffered their second defeat at the hands of Carolina who was in the midst of a tremendous mental clean-up due to the return of Cam Newton.

His next game was against the Seahawks under Russell Wilson, who already had another week of training after his long absence, and although Kyler Murray and DeAndre Hopkins did not play again, the Cardinals won again. Now they reach their bye week and after that they will surely win back both Kyler and Hopkins.

Tampa bay
returns to triumph with a solid performance from Brady

The question then is, if in three games without this pair, which makes so many differences, they only lost one game, how many will lose now that they return? The answer is impossible to know but easy to imagine.

Defensively the Cards have been much more solid than I thought and in large part thanks to an Isaiah Simmons who plays better and better.

Offensively I find it shocking that they have been able to maintain the rhythm and dominance without two of their best 4 players. This season all the candidates have had losses or potholes that leave one scratching their heads, the only team that has not given those feelings is precisely the Cardinals. In their victories they are solid. One of their losses would not have happened if that play was repeated 99 times and the other was very circumstantial and understanding that they are not operating with their starting quarterback. There are practically no weaknesses in this team beyond injuries, which is why they are the best team in the NFL in 2021.

Why the Cardinals are the best team in the NFL