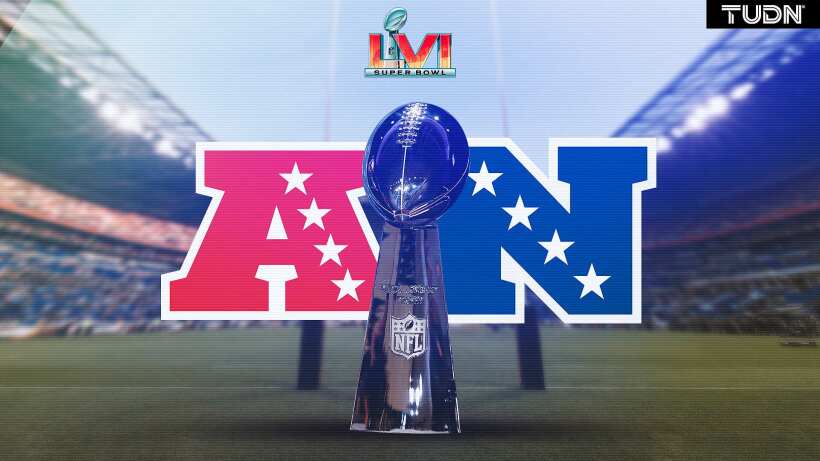 Of the 55 editions to date, the lead is for the NFC with 28 conquests.

Since the 1966 season, the Super Bowl has been played between the American and National Conferences, but which of the two has more titles? vince lombardi?

WHICH CONFERENCE HAS WON THE MOST TITLES?

The reality indicates that both the American and the National dominated for a period until the 2000s that a distribution of titles was generated, although in total the NFC leads with 28 championshipsone above the AL/AFL (27).

, the Bengals They have the possibility of generating parity in numbers and taking advantage of the AFC, because in case the Rams are proclaimed champions, they would extend the advantage to two titles.

THE BEGINNING OF THE NFL AND AFL

The Green Bay Packersrepresentatives of the NFL (National Football League) at the beginning won 35-10 over Kansas City Chiefs at Super Bowl I.

The title of that team commanded by the quarterback Bart Starr It was no coincidence, because the following season they were proclaimed champions.

In this way, the distribution of titles between the NFL and AFL was tied with two championships for each of the conferences under those denominations.

FIRST DOMAIN OF A CONFERENCE

The Baltimore Colts they emerged as the first champion since the name of the AFC and NFC was established as part of the unification of the NFL in 1971.

From the victory of the Jets of Joe Namath the AFC established the first dominance of a conference, because since then they won 11 of the next 13 Vince Lombardi trophies, titles that were divided among six teams.

in this era Dolphins, Steelers Y raiders They were the great protagonists since eight titles were divided between them and both Miami and Pittsburgh were the second to win championships in a row, even the Steelers did it a couple of times between 1975 and 1980.

THE NFC RESPONDED IN 16 YEARS

Just as three teams established a certain era in the American Conference, the National was not far behind, since in a span of 16 years they achieved 15 championships, of which eight of them were divided between San Francisco 49ers Y Dallas Cowboys.

the 49ers of joe montana They marked a new era and put an end to the dominance of the AFC since from their victory in 1982 to 1997 only once did a team that was not from the National Conference manage to be crowned and those were the Raiders in 1984.

San Francisco became the first team to win five titles, and they did so in just 13 years. Likewise, both the 49ers and Cowboys became the next franchises to string together a pair of championships, once each.

ALTERNATE ERA IN THE 21ST CENTURY

The Denver Broncos from John Elway they broke the overwhelming dominance of the NFC after the championship in the 1997 campaign.

Since the beginning of the 21st century, the domain of yesteryear has not been presented, since the maximum period of dominance by a conference was the AFC with four championships from 2004 to 2007, the rest have been alternate titles.

The American Conference has achieved more championships with 13 conquests in exchange for eight for the National from the 2000 season to the 2021.

Patriots, Steelers Y ravens They have been the pioneers with 10 titles divided among them, although New England has been the great protagonist with six conquests.

Only once in this span of the past 21 years has the title gone to the NFC side twice in a row.

All this because six out of seven times, after an NFC title the following year, it was dominated by the AFC.

Which of the two conferences has won the most Super Bowls in history?