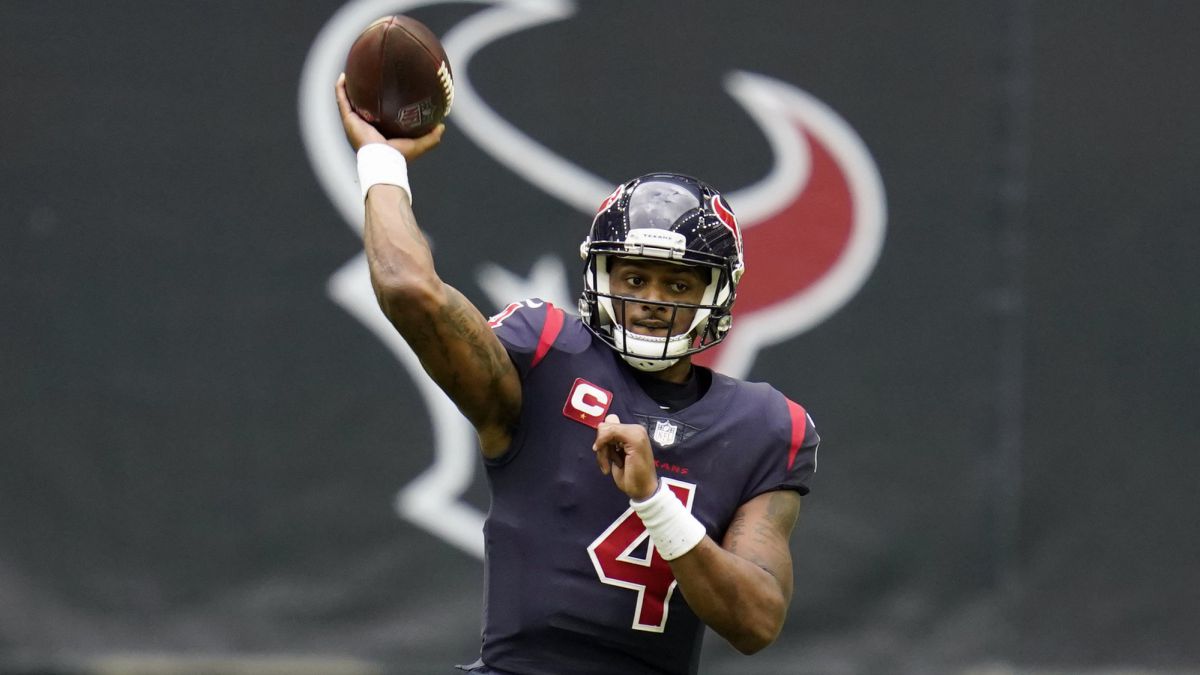 The low season of NFL it does not stop and the movements continue without stopping. If the last days AFC West had stolen the spotlights, now did the AFC North for the most controversial acquisition to date.

The Cleveland Browns gave him three first-round picks. of the next Draft to the Houston Texans to acquire the services of Watson, who faces 22 lawsuits for sexual harassment.

A year after flirting with the Chiefs and the Ravens, Smith-Schuster will arrive in Kansas City to catch passes from Patrick Mahomeswhom the wide receiver singled out as a future Hall of Famer.

The Panthers extended the contract of Moore for the next three years in exchange for 61.9 million dollars. In 2021, the Maryland product fHe was Carolina’s best wide receiver with 93 receptions for 1,157 yards.

The defensive back spent the last two seasons with the New York Giants and now will have the opportunity to fight for another Vince Lombardi trophy alongside Tom Brady and the Tampa Bay Buccaneers. TB12 and Ryan won Super Bowls XLIX and LI while playing in New England.

Steelers added Patriots kick return specialist for two years in exchange for 4.2 million dollars. In 2020, he was a first-team All-Pro punt returner thanks to the 17.3 yards he averaged per attempt.

The Patriots focused on keeping a free agent of their own and re-signed the linebacker for the next two years to a contract worth up to $9 million. Bentley was New England’s leading tackler in 2021 with 109.

The Cowboys lost Randy Gregory to the Denver Broncos but signed Dante Fowler to play for them in 2022 for $5 million. This will be Fowler’s fourth team, as he has played with the Jaguars, Rams and Falcons.

The first player drafted by the Cowboys in the 2018 Draft agreed to stay in Dallas for the 2022 NFL season. Various injuries prevented the franchise from using his fifth-year contract optionso the linebacker will be on trial this season.

After Larry Ogunjobi failed the medical tests required by the Bears to sign his contract, the Chicago franchise decided to sign Jones for two years and 12 million dollars. In four seasons with the Chargers, the defensive tackle recorded 118 tackles and 4.5 sacks.

The Browns preferred David Njoku over Austin Hooper, but the tight end has already found a new team by signing with the Tennessee Titans to play in 2022 in exchange for six million dollars. Despite starting 16 regular-season games, Hooper caught just 38 passes for 345 yards and three TDs in 2021.

YOU MAY BE INTERESTED: Michael Gallup: Amari Cooper taught me many things

Top 10 signings on the fifth day of free agency