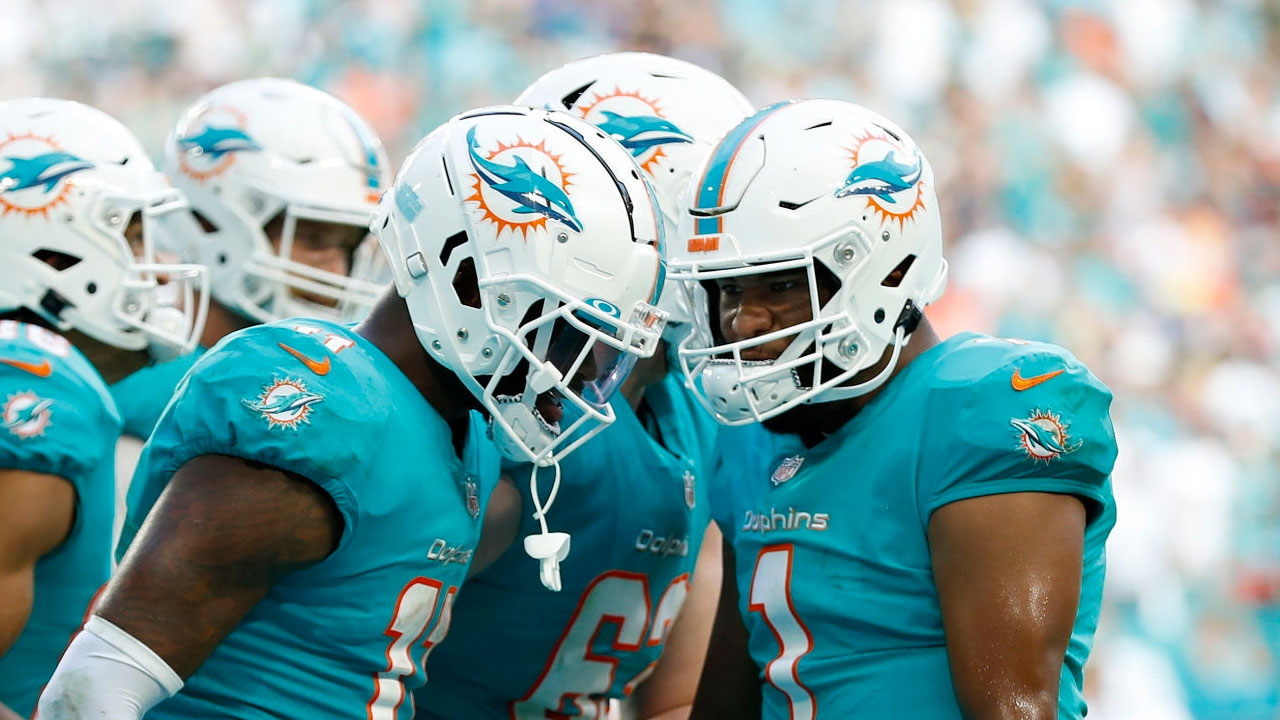 The 2021 Dolphins season ended with them falling short of the Playoffs for the second consecutive year and, in addition, at the end of the campaign they surprisingly fired Brian Flores as head coach, who later decided to sue them. However, now they will have to leave the scandal behind and take advantage of free agency to show that they can rub shoulders with the best teams in the league and thus be able to enter the postseason. Here’s what you need to know about Miami ahead of NFL 2022 Free Agency.

On paper, the Dolphins have a wealth of resources that could make them more competitive next season if used wisely. Via Over The Cap, in Miami they will have $51,317,989 available in cap space heading into 2022, the second-highest figure in the NFL. The team is in a position to attract big-name unrestricted free agents to finally make the playoffs next year for just the third time in the last 21 seasons.

Despite having a new head coach in Mike McDaniel for 2022, DC Josh Boyer will be back, and if he plans to keep his defense elite, he’ll need to try to bring back Emmanuel Ogbah at all costs. The 28-year veteran has recorded 18 sacks with the Dolphins the past two seasons combined and was a key reason Miami finished the 2021 season with a total of 47 sacks, sixth-most in the NFL. Ogbah is an element that they cannot afford to lose, although retaining it will not be cheap.

Justin Coleman signed a two-year deal with the team last offseason and, according to Pro Football Reference, had a breakout season finishing with a 63.4% coverage rating, the best percentage of any Dolphins defensive back. However, he only participated in 35% of snap defensive players, his lowest since 2016 with the Patriots. Therefore, he could end up leaving the organization in search of more playing time.

Miami’s running game was the third-worst in the NFL in 2021. However, it was vastly improved when they added Duke Johnson late in the season, who broke the 100+ yards barrier in two of the last four weeks. The same is the case of Phillip Lindsay, who after leaving through the back door in Denver and after an inglorious step in Houston, landed in Miami for the last four games of the year and showed explosive lapses that could help him return to team the upcoming campaign and try to revive his career.

As for receivers, the name that stands out the most is Will Fuller, although for his potential quality, since the previous year he only caught 4 shipments after spending the entire season injured. Mack Hollins is one of the team’s emotional leaders and a top contributor to special teams, so his eventual return at a relatively cheap price is predictable. While Durham Smythe gradually stole snap to TE Mike Gesicki and proved to be a reliable and trustworthy piece for QB Tua Tagovailoa, so his return is also expected.

Eric Rowe is a serviceable talent for Miami, yet his court would free up $4.55 million in cap space against just $525,000 in dead money. Rowe appeared in all 17 games last season, but only started four, and with the sudden growth of secondary players like Jevon Holland and Brandon Jones, he has become expendable to the organization.

For his part, Jesse Davis is also a player who has a foot and a half outside. The franchise’s Achilles’ heel is undoubtedly his offensive line, and retaining Davis for the long haul is far from the solution. Miami could take advantage of the $3.61 million that would be created if they cut Davis to bolster themselves in Free Agency by signing one or more elite offensive linemen who will be available starting next week.

An explosive 2021 was expected for Myles Gaskin, however, he only finished with 3.5 yards per carry and in the last weeks of the campaign he lost the starting job to Duke Johnson, in addition to sharing snap as an understudy alongside Phillip Lindsay; Gaskin is far from assured of his permanence for the coming season. Same case as that of Cethan Carter, who will count against the salary cap with 2.52 million dollars in 2022, a figure too high for a tight end who only received 2 passes for 16 yards last year.

Finally, at wide receiver, Allen Hurns’ cut is predictable. He has not played a snap in the last two seasons and cutting him would generate $2.5 million in cap space. The real unknown is DeVante Parker, supremely talented but equally ineffective. Parker can play splendidly one week and be on Injured Reserve the next; his durability is practically nil and a cut after June 1 would open up $6 million against the salary cap for the Dolphins. Although he could also be seen without a problem on his return, since in Miami they do not have so many threats by air.

Free agents that make sense for the Dolphins

Cap space is high in Miami, so assuming they’ll go after big stars isn’t nonsense. To reinforce the protection towards his quarterback, great options would be Ryan Jensen, of the Buccaneers, or Terron Armstead, of the Saints, two elements that would instantly improve one of what is currently classified as the worst offensive line in the NFL. This double move would put Tua Tagovailoa in the best scenario he’s been in since he joined the team a couple of years ago.

They could also consider, in the face of a DeVante Parker departure or just to have more passing presence, bringing in Allen Robinson, who surprisingly hasn’t reached a new deal with the Bears and will hit the open market. Robinson would be the key piece that ends up forming a lethal duo with WR Jaylen Waddle, something like what the team expected with Will Fuller, but that ended up being a resounding fiasco.

Additionally, the problems in the offensive backfield are far from resolved. Duke Johnson and Phillip Lindsay were great additions, but there’s no guarantee yet that they’ll be reliable long-term. So you’d be better off bringing in a consistent, proven running back, and that’s where the Broncos’ Melvin Gordon comes in: Gordon has posted at least 800+ rushing yards with 8+ touchdowns in five of his last six seasons. , and could continue that streak in Miami.

Main needs of the Dolphins in the NFL Free Agency 2022

The Dolphins’ offensive line is a complete mess. Liam Eichenberg looked very bad in his first season in the NFL, although being a rookie there is room for improvement. Austin Jackson, a first-round pick in 2020, appears to be an absolute disappointment and, just maybe, Michael Deiter, center, could be the unit’s most salvageable piece, but he’s not above average either. Any help down the line is welcome for 2022.

In addition to the above, the last star running back that Miami had in its ranks was Jay Ajayi in 2016; It’s time to change the narrative. Tagovailoa showed too much trouble at distances where he was trying to get 5+ yards, and to take weight off his shoulders he needs to sign a running back who can move the chains and who can also limit third downs and long.

Additionally, Jaylen Waddle last season broke the record for most receptions in a year by a rookie (104), but there are big gaps outside of him at the position. DeVante Parker is wildly inconsistent, Preston Williams and Isaiah Ford aren’t long-term answers, Albert Wilson dramatically lowered his productivity and Allen Hurns hasn’t even stepped foot on the field. It is urgent in Miami that Tagovailoa have more weapons at his disposal if they want him to become a franchise QB.

This is how the Dolphins arrive at the 2022 NFL Free Agency. How do you think they will face this offseason? We read you in the comments below this article and on our social networks.

This is how the Dolphins arrive at NFL 2022 Free Agency