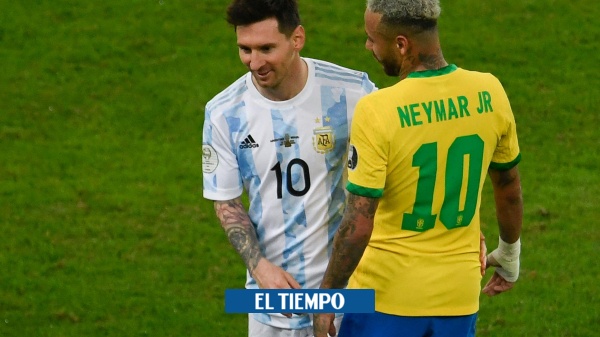 They both embraced in the middle of the celebration.

They both embraced in the middle of the celebration.

The two sides of the coin. While Messi cried with happiness, Neymar did it out of sadness.

They are old acquaintances. For many years they shared a dressing room and formed one of the best tridents that football has known in the world.

But soccer is not only limited to the field. After the balls, goals and cameras, Messi and Neymar forged an enviable friendship.

(Read also: The kick show between Brazil and Argentina in the final).

After the final whistle, they were two different faces on the field. Messi exploded with euphoria. Many say that soccer did justice and the Argentine star was able to expel all the frustration he kept after losing four finals with his team.

Neymar, for his part, sought explanations in the arbitration. Then he understood that there was nothing else to do and burst into tears.

Regardless of the pain of loss or the ecstasy of victory, the two met again. They hugged and everything was there.

(You may be interested in: What a goal! Di María broke zero in the Maracana).