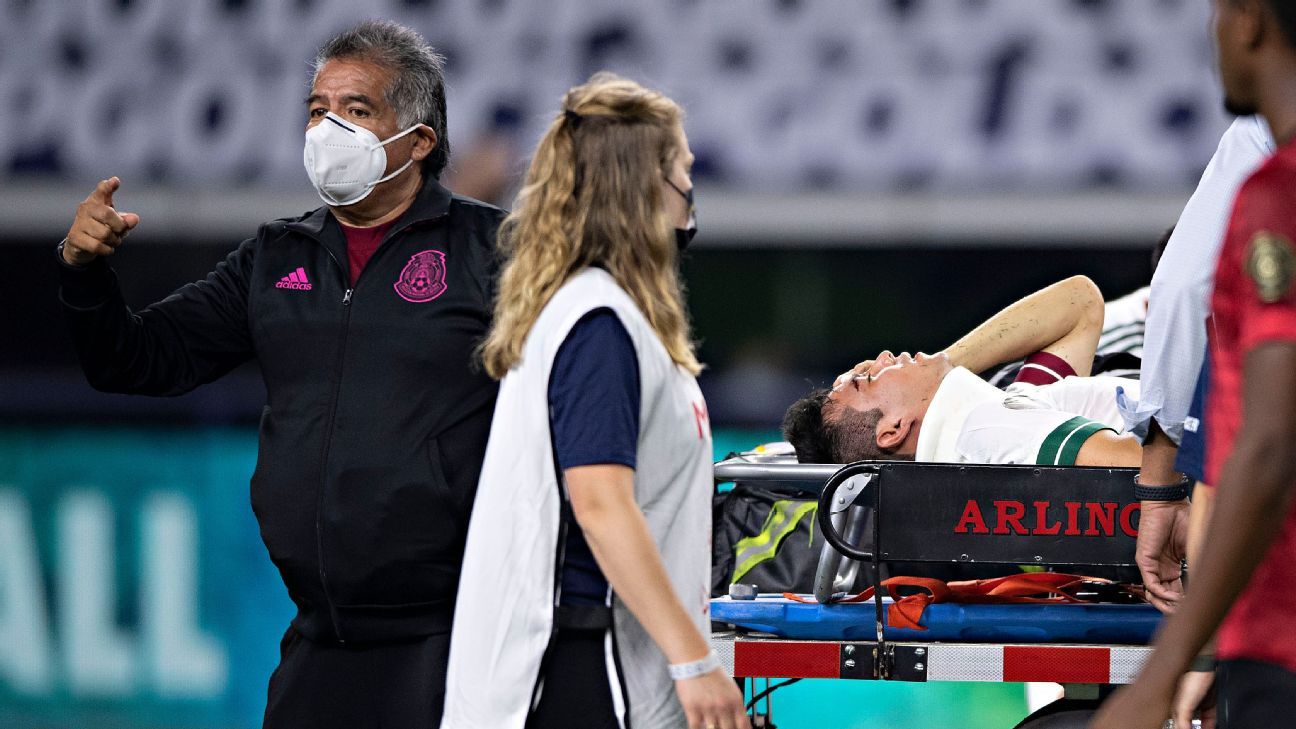 Chucky Lozano suffered a strong clash with the Trinidad and Tobago goalkeeper, which forced him to leave the Gold Cup debut on a stretcher and neck brace.

Hirving lozano left the field of play 18 minutes into the game against Trinidad and Tobago. The Napoli footballer left the field on a stretcher and with a collar, after a collision with goalkeeper Marvin Phillip, which left him knocked out for a few seconds, in addition to suffering a cut in the area of ​​the left eyebrow.

The play took place at 11 ‘, at which time Rogelio Funes Mori leaked a pass to Hirving lozano, who entered the Central American area to face the goalkeeper of Trinidad and Tobago. However, before defining, Alvin Jones charged the ‘Chucky’ from behind, so the Mexican fell and his head collided with Marvin Phillip’s knee.

The Mexican striker was taken to a hospital to assess the clash with the Caribbean goalkeeper and the repercussions of the injury.

The ‘Chucky’ He remained lying on the field without moving and, despite the complaints of the Mexican footballers, the game went on until Marvin Phillip sent a ball to a corner kick after a shot by Héctor Herrera.

At that moment, the companions approached to see Lozano and, realizing that he was not moving, immediately asked for the Tri medical corps to enter. José Luis Serrano, doctor of the national team, tried to revive Lozano, who was face down and with blood on his face. However, in the first instance he did not react.

After a few minutes it was perceived that the ‘Chucky’ flicker. They put a collar on him and put him on a stretcher, while the footballer himself held a cloth that covered the wound on his left eyebrow.

The attacker of the Mexican team He left the pitch to applause from the audience and messages of encouragement from his teammates as he left the pitch.

Even though Alvin Jones’ push over Hirving lozano It was clear, the game was resumed without any sanction, with the entry of Efraín Álvarez, who took the place of ‘Chucky’.