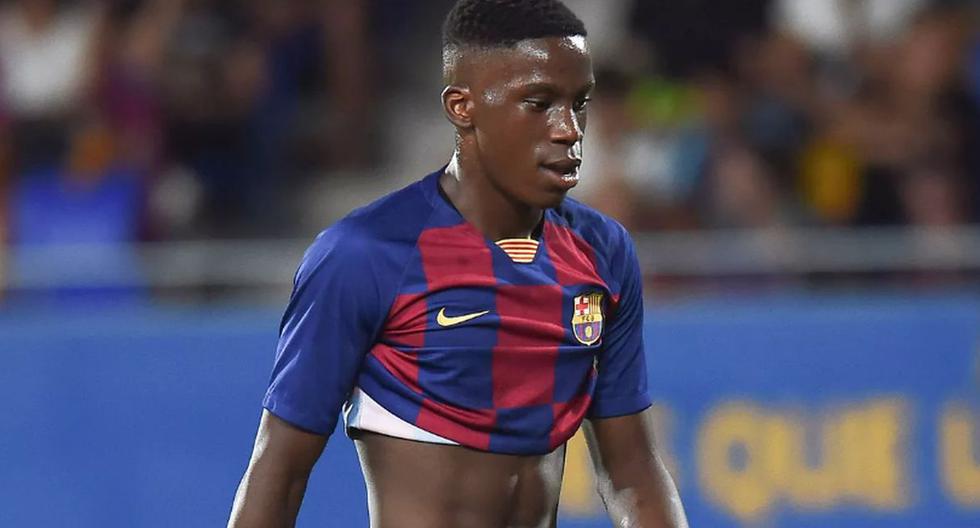 Ilaix Moriba It was one of the pleasant surprises of the FC Barcelona last season. The youth squad made his official debut with the team and even managed to score his first professional goal. His chemistry with Lionel Messi and company excited Ronald Koeman and his technical command last season, but all this would have been left behind after deciding not to renew his contract in recent weeks.

As explained Sport Diary, the Barça directive asked the players of the first team to make an effort, reduce their salary and, thus, help the difficult moments that the club is currently experiencing, as a result of the COVID-19 pandemic. However, the midfielder and his surroundings did not accept it.

After his refusal, Barcelona decided to leave Moriba out of the first team preseason. There is even talk that he will not be called up in the next games of the subsidiary either. The youth team debuts today and the midfielder will not be on the list, as a punishment for his decision with the board.

The group led by Sergi Barjuan opens in the field of l’Escala and, as the aforementioned Spanish media has learned, Ilaix will not be part of the call either, waiting for everything to have a solution in the coming days.

The situation seems to continue to complicate and more than one European team would have already taken advantage of presenting succulent offers, as far as salary is concerned. Similarly, the departure of Moriba in the summer transfer market is not ruled out.

Griezmann could be the next to leave

Joan Laporta, president of the Barça team, considered Antoine Griezmann as an important piece within the squad led by Ronald Koeman, however, he did not deny a possible departure for the attacker in the 2021-22 season.

“Griezmann plays in the Barça first team. He has a contract in force and, either different circumstances arise, or we have the player. We cannot deny that there are interests in the player ”, said the president of the Blaugranas at Camp Nou.

In addition to this, he added that the “Market is starting now. Hardly anything has moved, due to COVID and the income restriction. Players like Griezmann have a market, there are interested clubs. We are building our staff looking for financial balance. With Antoine we have no problem, neither as a person, nor as a professional ”.