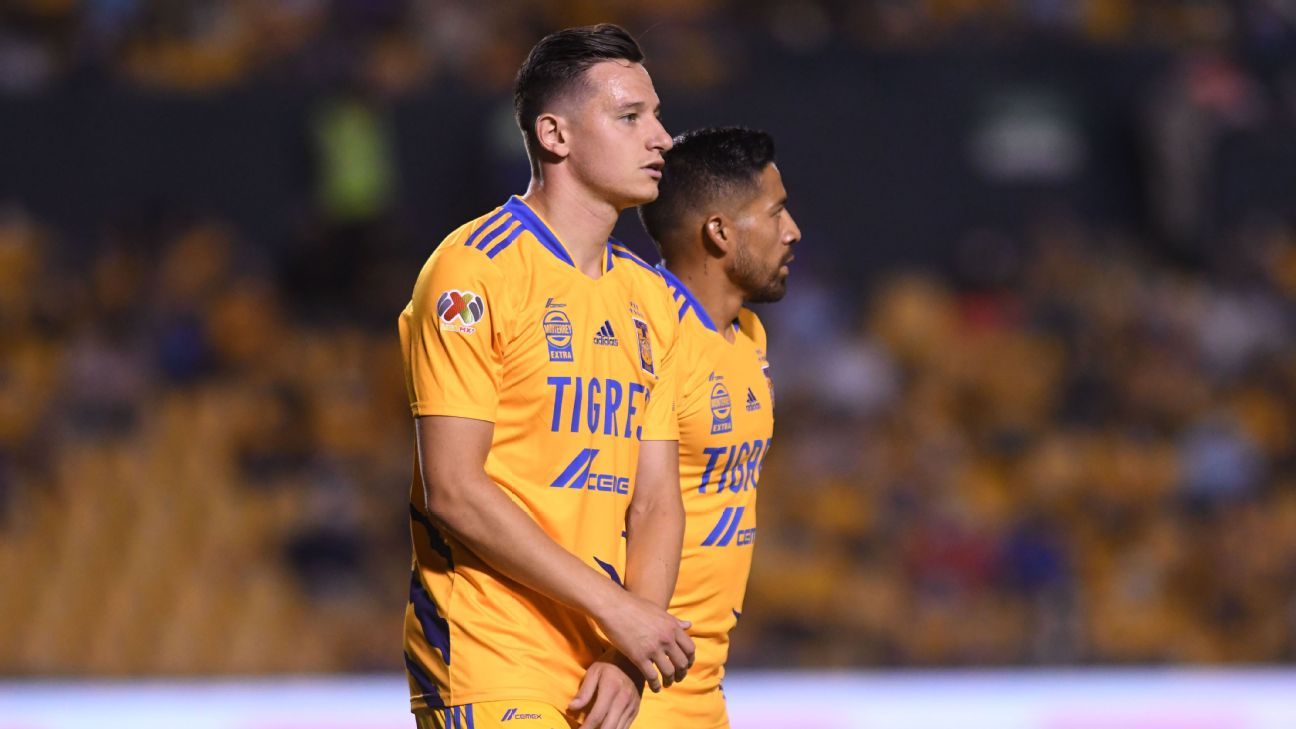 The French Florian Thauvin had a sad debut with Tigres in the match against Santos, within the third day of the 2021 Apertura Tournament, after coach Miguel Herrera contemplated him to play at the start, but saw the red card in the first half due to a strong action reviewed in the VAR.

After half an hour of play, Omar Campos arrived from the right side and The Frenchman tried to contain him, swept and fouled him, before the play there was a review of the VAR and finally the referee Marco Antonio Ortiz decided to expel him at 34 minutes.

Thauvin had to make sacrifice work during the first minutes in search of helping his teammates to contain the rivals, who were incessant in their efforts to do damage to the locals’ cabin.

Thauvin arrived as a reinforcement of the Neoeleon team for this contest, after his stint at Olympique de Marseille and his arrival was partly due to the influence of his compatriot André-Pierre Gignac.

The Frenchman joined the felines as world champion, by virtue of the fact that he was crowned in Russia 2018 with the French team and seeks to have a good performance with the UANL team, however, he was expelled in his first commitment within the Liga MX.

A few days ago Thauvin rejoined Tigres, after his participation in the Tokyo 2020 Olympic Games, in which France could not overcome the group round, and had their first match with the team against the Laguneros, against whom they only participated 34 minutes before seeing the red card.

In this match, the UANL team went down on the scoreboard with an early goal from Gorriarán and are looking to come back to get their second victory in the Apertrura 2021, after they beat Xolos on the first date and on the second they fell against Toluca, both as visitors.

Near the end of the first half, the referee showed ‘Diente’ López a yellow card for a strong tackle, which for referee analyst Felipe Ramos Rizo should have been marked as another expulsion. “Nico Lopez’s kick is a red card, Marco Ortiz no longer dared to send him off.”

🇫🇷🟥 Florian Thauvin was sent off on his debut in Liga MX. It is the 1st. time the Frenchman has been sent off in a league game since January 2019.

In his career in Ligue 1 (259 PJ), Thauvin was sent off only 3 times. pic.twitter.com/jMwxOjsVb8

35’⏱️ | TIG 0⃣ – 1⃣ SAN The referee decides to show a red card on @FlorianThauvin after consulting the VAR.

Ready the XI with the debut today on the University field! 🙌@CementsCEMEX