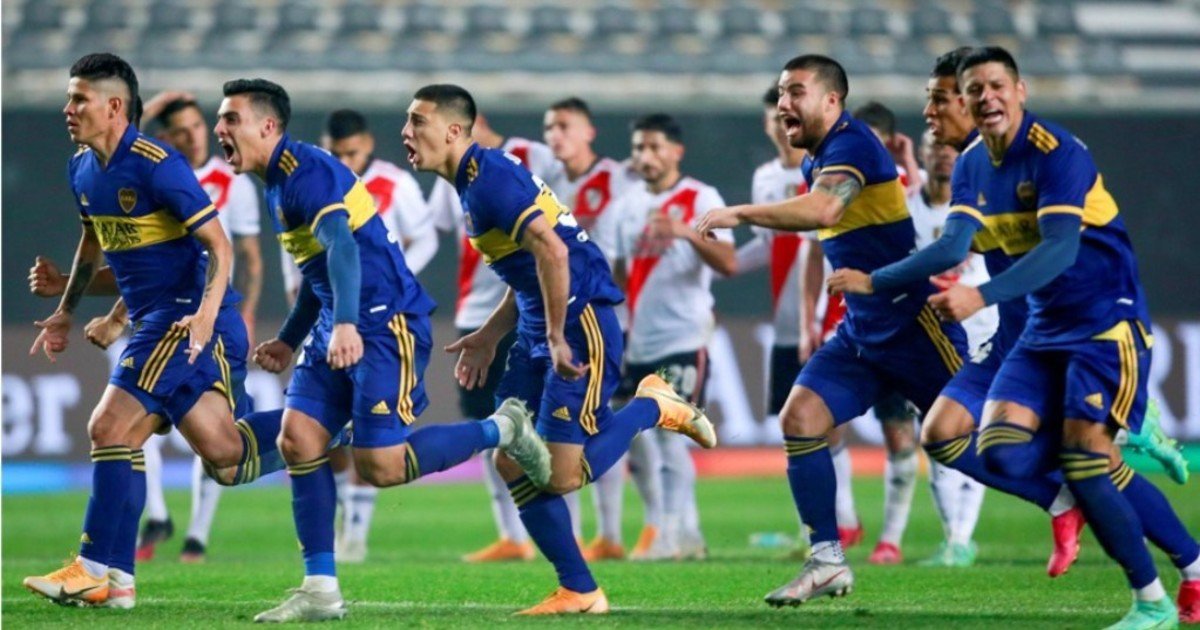 It just had to be like that. It will be necessary to believe that yes, that Boca is beginning to reverse the streak with River. Now more palpable than ever. For the way he played, for the way he arrived, for the way he took the game to penalties, for how he ended up winning it. Boca, minimally, lost his fear of River. And he transformed an old karma into a new habit: eliminate it, push it out of the fight, celebrate what it suffered before. Russo’s team passed, it is in the quarterfinals of the Argentine Cup. And in the middle of a difficult moment, he gave himself a great taste. Those that are enjoyed long, that also mark history, of course.

That he did not hit an archery shot in 90 minutes (the three attempts were deflected) will be a detail that will mark the game but not the end. Again Rossi became a hero, again those who had to kick did so with personality and determination, and again, as in the last Super for the League Cup, Boca qualified on penalties (4-1 after 0- 0). With his weapons, he played it the way that suited him best, perhaps the only way he could. And he did. He did it again. Not only did he not lose any of the four superclassics of this 2021, but now, in light of the facts, he will be able to say that he eliminated him face to face in two.

It was from the start that Boca complicated River’s life. He suffocated him, he did not let him think, he did not let him create, he took him out of the script. It did not allow him to generate his societies, which make him a different team. Neither De la Cruz for Montiel, nor Paradela for Angeleri, nor any of them for Álvarez and Romero. From the strategic point of view, the Xeneize managed to match the super differences that existed in the previous one.

River was surprised. He was not comfortable with the pressure and friction of his rival or with the court. It was difficult for him to stand, as if this mixed lawn of the Unico de La Plata that also has the Monumental was not familiar to him. And it cost him, in addition, to take charge of the game, as a favorite, as a full-fledged team, and above all better planted in the papers.

In that scenario, with Boca better during the first half hour, the game became even, intense, moved, but at the same time, badly played. Until River began to take the reins. Or rather, until De la Cruz appeared. The Uruguayan is usually the key that opens holes where there are none and his appearance balanced the actions. Although it was not constant.

Gallardo’s team, likewise, seemed to get up, rather to wake up. And there, in that section, it was that he had the clearest chance of the PT: that great play by Álvarez that if it weren’t for Rossi’s fair intervention, it would have ended in Romero’s first goal in a superclassic (then the one that also failed was Zuculini).

The same happened at the start of the second half. This time it was Paradela who broke Boca’s tactical structure and the same interpreters, Romero first and Zuculini later, had the opportunity to score the advantage. And there, again Rossi covered, and began to become the figure of the field.

Whatever, River seemed to be River again. The intense, dynamic team that overtakes its centrals, that sets up societies, that imposes the conditions, that corner its rival, that is disarming it. That of Paradela confirmed that the party had changed. Of sensations, of game, of owner.

If Boca had gone to rest with good signs, River returned it to the second half like this, with two other clear chances. That is, a three to zero in situations that It exposed, in some way, what Russo’s team has been suffering for a long time: their lack of fire in the rival area, the absence of a nine that is nine, the scoring drought that does not allow them to win. In fact, he missed an archery shot. And in a Super. A situation that also reveals the imbalance in the assembly of the squad.

With River more dominant, Boca played to prevent his rival from playing (for that he also canceled the departures of Montiel / Casco and Angileri well) and also, against. And so to try to take advantage of the change of pace of Ramírez, who had five River players cautioned (three in a row).

The former San Lorenzo was the clearest of a team that does not sprout generation, but that he compensated all that with intensity and a combative spirit, ax and chalk, as the Riquelme Council wants or, rather, Román himself. Although this is not enough for him, it will not be enough to win or, at least, to fight at the top.

River lacked, the same, decision in the area. Or aim. He missed Suárez and Borré all the more, because Romero this time was far from what he had been, although about the final half hour he had a strong shot that passed near Rossi’s left corner. And one more chance, to complete a five to zero overall in situations, which in any case was not enough to win.

Boca celebrated. Again for penalties. But what about …

The videos of the match: