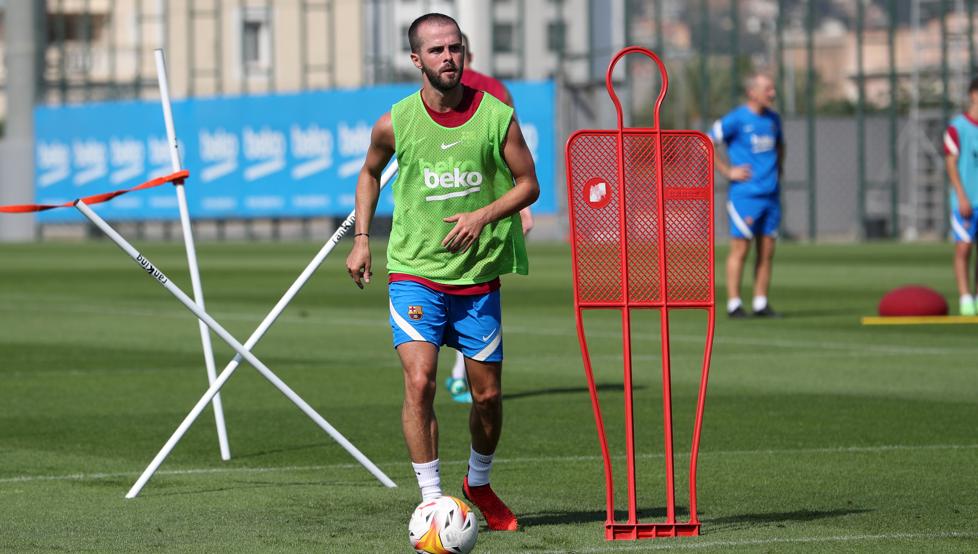 ‘Juve, here it is Pjanic for the midfield. ‘ So categorically titled Tuttosport in its digital edition the news in which he reported a meeting in Milan last Wednesday between the agent of the Bosnian midfielder of the FC Barcelona, Fali Ramadani, and the ‘vecchia signora’.

Tuttosport. A reference outlet for information on Juve, explained that a prerequisite to propitiate Pjanic’s ‘return operation’ to Turin is the march from the Welsh hinterland Aaron Ramsey, necessary to release salary mass in the ‘bianconera’ workforce. It was also highlighted that Pjanic, who counted very marginally for the Barça coach Ronald Koeman In his first season at the Camp Nou, “he dreams of returning to Juventus”, a return that warns that it will not be easy, “but not impossible”. The same source insisted that “direct and indirect” contacts continue. The Milanese summit between Ramadani, Pjanic’s representative, and the Juventine emissaries took place in the framework of a talk in which the future of the azulgrana was not the only issue, although it served to reaffirm Juve its interest, especially since it was confirmed the return of Massimiliano Allegri to the bench. For Allegri, Pjanic was one of his ‘fetish’ players during his successful first spell at Juve.

The Turinese proposal, however, has the essential condition of being accompanied by Ramsey’s departure from the Italian club, both to make room in the squad and in the salary fund.

During the presentation of Memphis Depay as a new Barça player, the culé football director Mateu alemany confirmed that both Pjanic and the French central Samuel Umtiti “They know their situation.” “They are prestigious players with very important careers. Last year they had few minutes and therefore they know their situation. With respect for them, with their agents we value what we can do. They are the first who want to have guarantees of participation in a team ”, he explained. Pjanic, who is in his second season of the four he signed with Barça, only played 1,295 minutes in 30 games.