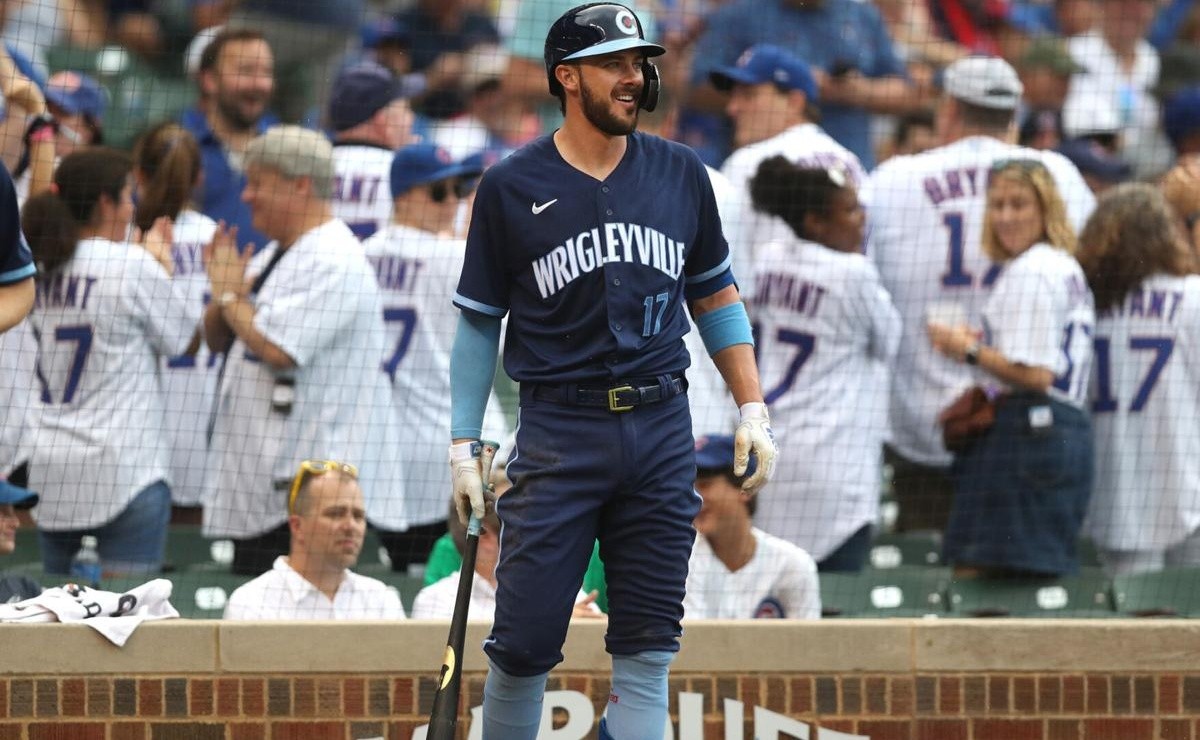 Nobody knows how many moments like the explosion of home run in the first inning of today’s game Friday by Javier ‘Mago’ Báez, are left for the central players of Chicago Cubs, which became stars in the so-called ‘City of Winds’.

There are Cubs fans who feel the same way, no doubt, as evidenced by a mini club of third baseman, first baseman and outfielder fans. Kris bryant, which emerged this Friday and so it was:

Each time he moved towards the waiting circle, a group of more than a dozen followers In the seats just above the small brick wall behind him he would stand, turn around and reveal that everyone was wearing his shirt.

The Cubs began building around players like Baez, the versatile Kris Bryant and first baseman Anthony Rizzo almost a decade ago. They helped win a World Series in 2016 vs. Cleveland, three division titles and five playoff spots in the last six years (2015-2020).

It may interest you: New York Mets are favorites to make trade for Kris Bryant

Now, they may be giving local fans of the cubs one last chance to appreciate all that they have accomplished, even if the desired dynasty did not develop. That trio mentioned in the previous paragraph is ready for free agency next offseason, making each cornerstone a commodity for days to come: