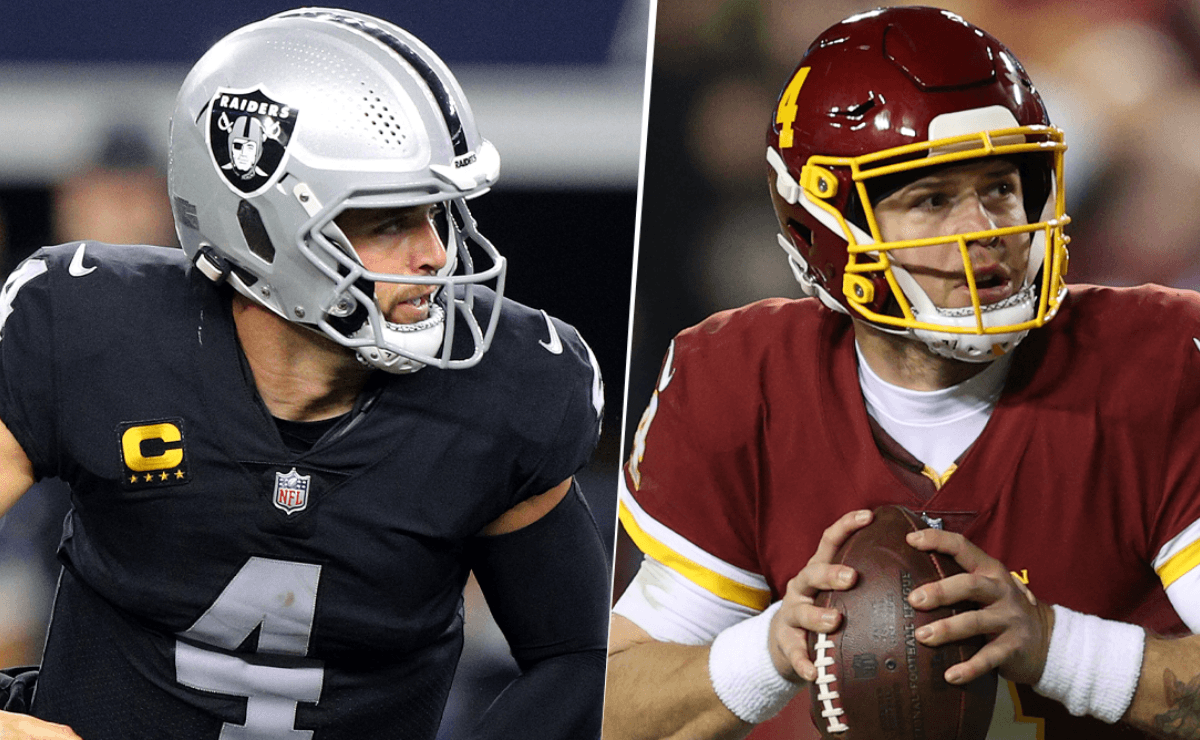 LIVE | Two teams with similar realities in each of their zones will face each other to try to shorten the distance in front of the leaders and look for a place in the next round during this season of the National Football League.

Las vegas raiders will face Washington Football Team this Sunday, December 05 at Allegiant stadium to play a match corresponding to the Week 13 of the NFL 2021. Find out all the details of this great game: Forecast, day, time and TV channel.

On the other hand, Washington Football Team (5-6) is located 2nd in NFC East. In the Week 12 they were measured before Seattle Seahawks (3-8) in the FedExField, where they won by 17 to 15. Taylor heinicke he completed 27 of 35 passes attempted (223 yards), threw a touchdown pass and was intercepted once.

The next Sunday, December 12, by Week 14, Las vegas raiders will be measured against Kansas city chiefs, while Washington Football Team will collide in front of Dallas cowboys The same day.

+ Aaron Rodgers and the reason he wasn’t suspended as Antonio Brown in NFL 2021.

Las Vegas Raiders vs Washington Football Team: When and what time to see live Week 13 of the NFL 2021?

This 2021 NFL Week 13 meeting between the Las Vegas Raiders and Washington Football Team will be broadcast in the United States through FOX. On the other hand, in Latin America it can be seen through any of the different ESPN signals or Star +.

Las Vegas Raiders vs Washington Football Team: What are the predictions?

For this game of Week 13 of the NFL 2021, the United States bookmakers (DraftKings) give the Las Vegas Raiders as the favorite to stay with the victory, since it has a odds of -120. On the other hand, the victory of Washington Football Team has a odds of +100.