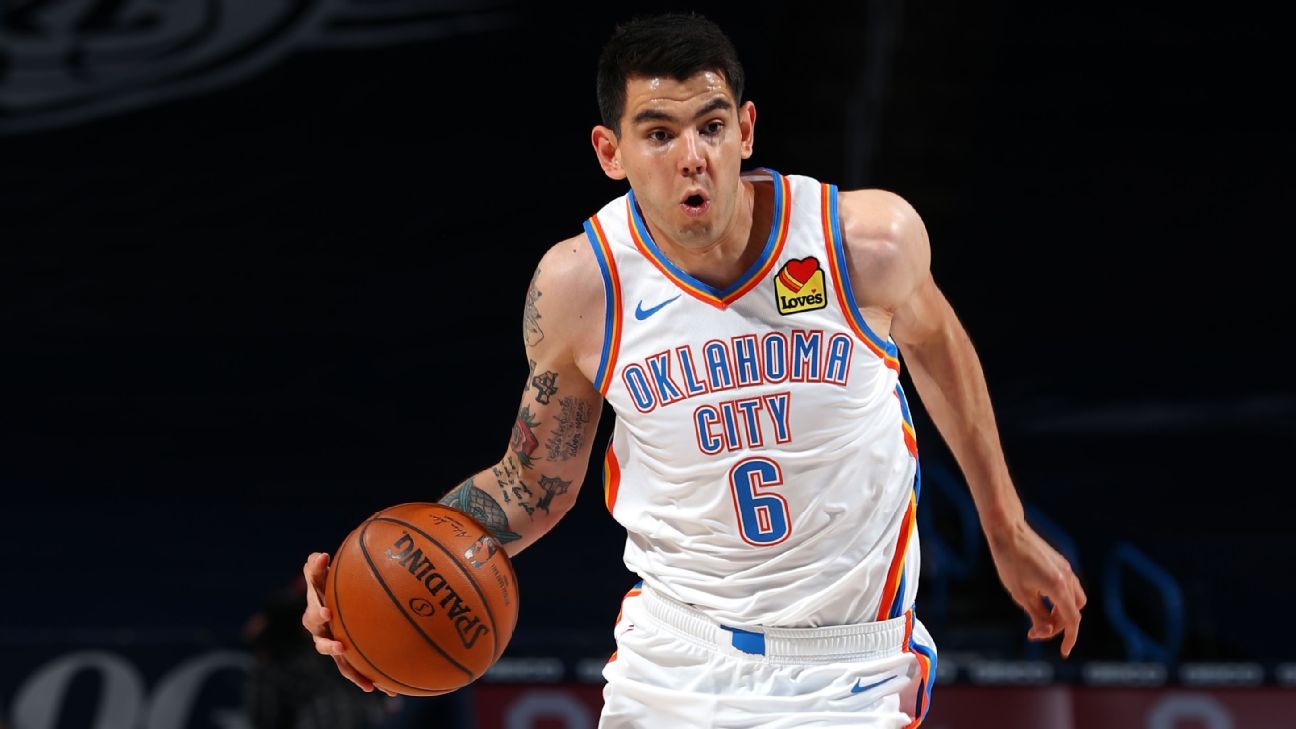 Kobe Bryant is sitting next to Manu Ginobili in one of the stands at the Wukesong Arena. Argentina plays against France in the 2019 China World Cup Semifinal, and both Kobe and Manu are in the role of ambassadors. Gabriel Deck, a true stranger to the former Lakers star, does a bit of everything: defend, run the court, score. It is pure intensity. Ginobili, ecstatic, applauds many of his former teammates. Deck now swaps defense for attack and in a brave takes two steps and buries it with two hands. Bryant first laughs, then makes a gesture of astonishment, elbows Manu and asks: -Who is it? “They call him Tortuga. He plays for Real Madrid,” answers Ginobili. “I would like to see him in my Lakers soon.” With the game over, Bryant asks to meet him. Deck’s greeting with Kobe spreads around the world. Neither of them knows that it will be the only time they will see each other.

Deck left Real Madrid in April to sign a four-year contract with the Thunder. The premature departure from the White House came almost six months after his compatriot Facundo Campazzo was fired to play for the Denver Nuggets. Social networks exploded and around him everything that was produced, prior to the debut, was all the rage. From a figure for his skills as a tireless worker to a South American celebrity in the most finished heaven of baskets. Deck, used to avoiding exposure in all its forms, now found no escape valve. The best, the average fan estimated, was yet to come.

Congratulatory flower! Kobe Bryant and a greeting to Gabriel Deck for his great game against France. pic.twitter.com/NTdmGPKamm

Tortuga debuted in OKC in late April with all Argentine basketball following in his footsteps. In an ultra-young team, destined to be a lottery without a doubt, Deck made encouraging moves and at the end of the season seemed to find his place in the best competition in the world. Later, in the off-season, Deck contracted COVID-19, participated in the Tokyo 2020 Olympic Games, and on his return to Oklahoma he played little and nothing. “He has a lot of experience at the professional level, we were able to evaluate him in a decent way last season, but it is about improving aspects of the game at the NBA level,” said young coach Mike Daigneault to statements collected by journalist Leo Torres at a press conference, with reason to explain their not inclusion in the team.

An international basketball star, champion of everything in Real Madrid, was bench in a squad with little experience and projection. Why did the Thunder sign Deck? The truth, nobody knows. It is really inexplicable. One might think that being a world runner-up, after being successful at Madrid, he could be the voice of command on the pitch, but the truth is that he was never taken into account. What does Daigneault mean by “improving aspects of the game at NBA level”? What movie do you want to sell with the Deck case? Now it turns out that Tortuga will play in the Oklahoma City Development League. A Formula One into a karting track to get up to speed.

I have no doubt that the NBA is the best league on the planet. By many factors. But here they are also wrong and make decisions that are absurd. General manager Sam Presti is an eccentric collector of draft picks who has made this recurring practice an unprecedented style. Lottery specialist, every night he watches his young like pieces in a glass zoo. Basketball according to Presti runs on a path that at times is far from the natural fluidity of other teams. In this recurring view of looking to the future, obvious mistakes are made that are overlooked due to the permissive gaze that is sometimes the long term.

Daigneault from the bench absorbs, accepts and executes: accelerated speed and versatile players make up the genesis of the team. The results for now are a bit sad: ninth (101.0) in rhythm compared to any other franchise, they have the worst offensive efficiency in the entire NBA (96.7), they sail in the middle of the efficiency without the ball (105.4) and have won only six games out of 20. It is clear that Deck is not the solution to all these evils, but … Could a player of his characteristics really help the youth environment? And in case the desire is to bet on another style of talent, I think we should unite to shout all together: Why did they take it ?!

The reality indicates that today Deck is locked in a franchise that does not want it. Therefore, you have to go as soon as possible. The NBA can be wonderful but it can also be cruel and inconsiderate. I take charge of these words, because the credit of Colonia Dora, with an impeccable track record, never said anything inappropriate because of the situation it is going through. He never even avoided professionalism, tempted many times by the blows to the ego that these situations entail: “I pay you and then I decide”, as if they were robots. This treatment at times absurd, illogical and incongruous, in some cases, like Deck’s, borders on lack of respect.

Deck is an extraordinary basketball player. A staunch defender, an extreme competitor, a talent with extraordinary power. Able to play three or four, with unusual solidarity skills for the game, an engine for all the teams he made up. Perhaps his great power throughout his career has been his consistent and consistent triumph over adversity. From his humble origins in Colonia Dora to his final leap to the NBA with a stopover in Madrid. Tortuga was always the same: humble, hard-working, serene. A model of should be regardless of the easy or difficult circumstances that surround people. Deck is in itself a victory against everything and everyone, a caress for effort and a strong belief that great things can be possible. If you could before, now you can. I’m convinced. Ultimately, the outcome of this film will also have to do with us: Who do we choose to believe? Mike Daigneault or Kobe Bryant?

My answer, of course, you already know.

The inexplicable case of Gabriel Deck