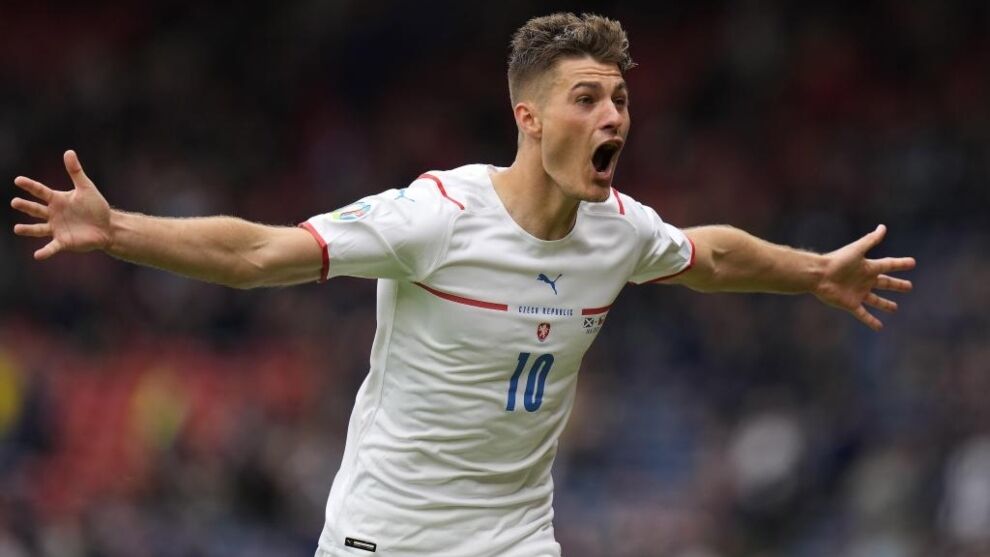 Patrik Schick, striker of the Czech Republic, is one of the proper names of this day 1 in Euro 2020 after his spectacular double against Scotland who has put his selection momentary leader of Group D alongside England.

The 25-year-old Bayer Leverkusen forward opened the can with a spectacular header showing off his almost 1.90 and, at the beginning of the second half, and when his team was suffering the most, a great goal from the center of the field that turned Hampden Park upside down, silencing the Scottish fans.

This Prague-born footballer He signed for Bayer Leverkusen last summer from RB Leipzig -where he was on loan- and has noted 13 goals this season with the Teutonic team, who paid close to 27 million for its transfer to the Rome.

Precisely, the Roman team was led by the most famous sports director in Spanish football: Monchi. In his stage in the transalpine box, he took advantage of the fact that Juventus ruled out his signing in 2018 – it was speculated that due to heart problems in the medical examination – and incorporated him ceded in exchange for 5 million euros with a compulsory purchase option of 9.

“I have been a sports director for 17 years and perhaps the operation by Schick is the one that I feel most proud and satisfied with.“Monchi assured in his presentation, to which he added:” Schick is one of the boys with the greatest potential in international football. We are satisfied because he chose Roma “.

However, after three seasons in the Romanist team, he went on loan to RB Leipzig last year, where he scored 10 goals. Later, in summer, the Leverkusen bet on him and took him to the Bundesliga, where he found the great prize of representing his team in an entire European Championship.

At the moment, he has not been able to start better, with two goals that represent a presentation poster in the Old Continent. Even touched the hat-trick, something that no one has achieved since ‘Guaje’ Villa made three to Russia in the 2008 group stage. We will have to be attentive to its progression.