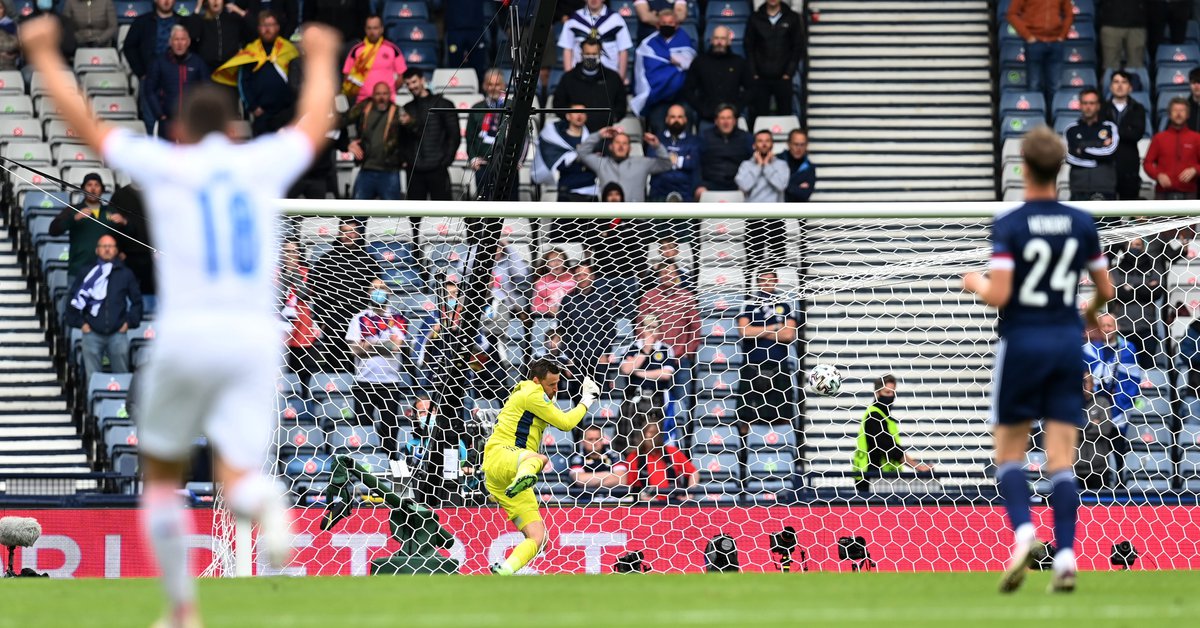 The Eurocup had continuity in the Glasgow Hampden Park. After the victory of England on Croatia, Scotland received the Czech Republic in the match corresponding to the first date of Group D.

Although the meeting began with a notorious parity, Patrik schick He was in charge of moving the scoreboard thanks to his timely interventions. The forward of the Bayer Leverkusen put the team led by Jaroslav Silhavy in advantage through a powerful header when the protagonists were about to go to rest with the tie.

The great figure of the day broke the resistance of David marshall to the 42 minutes of the first half, but his best work was improvised in the complement. A few moments after the resumption of the fight, the remarkable striker surprised the world with a violent and precise shot from long distance that served to confirm the superiority of the visit.

From the middle of the court Patrik schick He noticed that the rival goalkeeper was ahead and did not hesitate to look for the net with a shot that is on its way to become the best goal of the Eurocup. After the impressive conquest there was no room for anything else. And the 2 to 0 left the Czech Republic at the top of its zone.

Yesterday, The Netherlands beat Ukraine 3-2 by the first date of Group C in the Johan Cruyff Arena, from Amsterdam, with the arbitration of the German Felix Brych. For the same area, Austria overcame 3-1 to Macedonia.

The activity will continue with the clash between Poland and Slovakia, but all eyes will be on the end of the day when Spain receives Sweden in Seville. Group E’s top two favorites they lost at the beginning of the week due to positive tests to two players on both sides.

The Scandinavian cast was left without the midfielder Mattias Svanberg and it will not have its end either Dejan Kulusevski, one of the stars of the Nordics, while in La Roja the captain Sergio Busquets and the defender Diego Llorente placeholder image they also yielded positive test results.

Although the cast of Luis Enrique was able to recover Llorente, the technician keep waiting at the wheel of Barcelona. The positives disrupted all the plans of Spain and Sweden, which, Following health protocols, they have had to train individually.

Christian Eriksen’s first words from the hospital: “I want to understand what happened to me”
“For a few minutes he died, I do not know if he will play again”: the dramatic prognosis of the former doctor of Danish footballer Christian Eriksen
José Mourinho, on Eriksen’s cardiac arrest: “I think God was watching the game at that time”