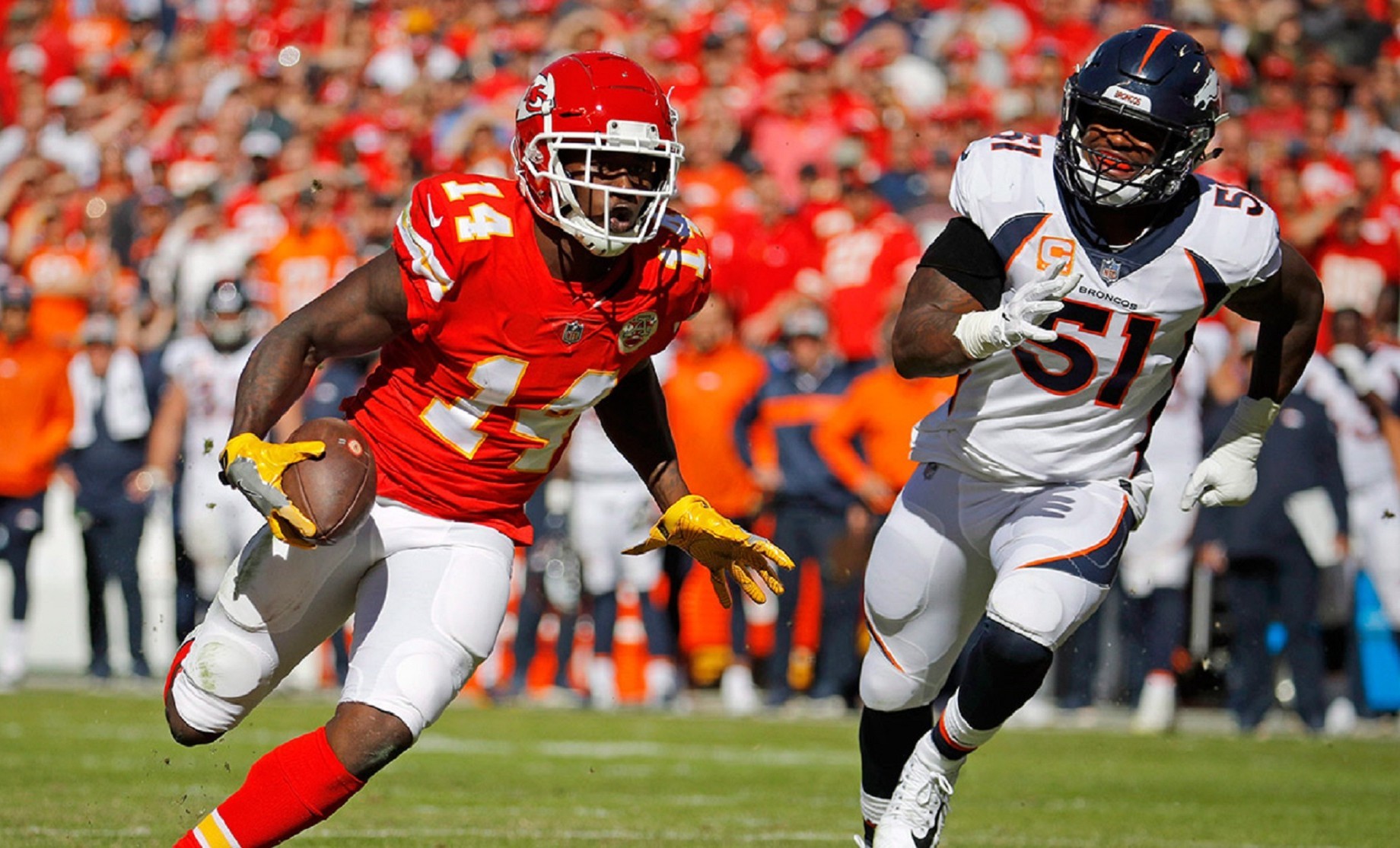 Lyou Green Bay Packers finally got a major addition to their receiving corps to cover for the departure of quarterback Aaron Rodgers’ main partner, Dave Adams. This Thursday, the team confirmed the arrival of the veteran Sammy Watkinswho won the superbowl with the Kansas City Chiefs in 2019 and in 2021 he played with the Baltimore Ravens.

The Packers did not provide further details of the transaction. However, ESPN insider Adam Schefter assured that the contract is for onen year and a salary of up to 4 million dollars.

Watkins is an old acquaintance of the Green Bay coaches: The head coach, Matt LaFleur, managed Watkins with the Los Angeles Rams in 2017, and the Packers’ receiving coach, Jason Vrablewas with the Buffalo Bills when they took him fourth overall in the 2014 NFL Draft.

At 28, Watkins has struggled to stay healthy throughout his career. In fact, that was the reason for his departure from the Baltimore Ravenswhere he posted career-low receiving totals of 27 and receiving yards (394).

Derek Carr signed by the Raiders for $121.5 million

He has lost 30 games in his past seven seasons and hasn’t played a full year since his rookie season in 2014.

In his contrasting rookie season, he made two of the longest catches of the season for Baltimore in wins over the Detroit Lions and Bears, pero did not capture any ball and they threw just three passes to him in their final four games, after falling behind Marquise Brown, Rashod Bateman and Devin Duvernay in the roster order.

In his eight seasons, Watkins records 348 receptions for 5 thousand 59 yardss in receptions and 34 touchdown catches for the Bills, Rams, Chiefs and Ravens.

However, the move doesn’t seem like enough for a team that lost its two starting receivers in 2021: the All-Pro, Dave Adamswho left via trade to the Las Vegas Raiders, as well as Marquez Valdes-Scantlingwho departed for the Chiefs.

The team even lost the young Equanimeous St. Brown, who signed with the Chicago Bears in free agency. The best wide receivers the team was able to retain were: AIllen Lazard, Randall Cobb, and Amari Rodgers.

The Packers were unable to retain any of these players because they extended the contract of Aaron Rodgers, to make him the highest-paid quarterback in the NFL, with a four-year, $50 million contract. This aggravated the salary cap problem the team already had prior to the start of free agency.

Green Bay hasn’t spent a first-round pick on a wide receiver since 2002, when they took Javon Walker. However, the trade for Adams allowed them to have two first-round picks this year, with the possibility of taking one more this turn. Although due to the salary cap problem, the team has several important gaps to fill in the Draft.